BACK TO ALL NEWS
Currently reading: New Peugeot 208 falls short of maximum Euro NCAP score
UP NEXT
Spending 48 hours touring in a Ferrari Roma

The new Peugeot 208 has missed out on a maximum score in the latest Euro NCAP safety ratings, with testers awarding it four stars.

The French hatch missed out on top marks due to what Euro NCAP testers said was disappointing whiplash protection for rear passengers. The Jeep Cherokee was also awarded four stars in the latest tests, and they are the only two cars tested so far in 2019 that have failed to achieve five stars.

Euro NCAP noted that the 208 "narrowly" missed a five-star rating. The previous generation 208 achieved the maximum score when it was tested in 2012, but Euro NCAP noted that its tests had been toughened since then, so the new machine still represents a step forward, and is fitted with more standard-fit safety technology.

Matthew Avery, director of research at Thatcham Research, which conducts Euro NCAP tests, called the 208’s score “respectable”, but added it was “not a good choice if you’re carrying adults in the back, with its ‘poor’ whiplash protection for rear passengers. Protecting both front and rear occupants is especially important as families continue to downsize from larger vehicles.”

The Cherokee was described by Euro NCAP as sitting "squarely in four-star territory", due to "good but unexceptional performance across the board."

lost marks for both adult occupant protection and child occupant protection, and was criticised for offering limited whiplash protection. Avery called the result an improvement on the Jeep Wrangler, which scored one star when tested last year, but added: “There’s still a long way to go before Jeep can get back to producing five-star cars like the 2017 Compass.”

Two BMW models excelled when they were tested, with the 1 Series and 3 Series both scoring the maximum five stars. The 3 Series achieved a 97% score for adult occupant protection, one of the highest scores in 2019. 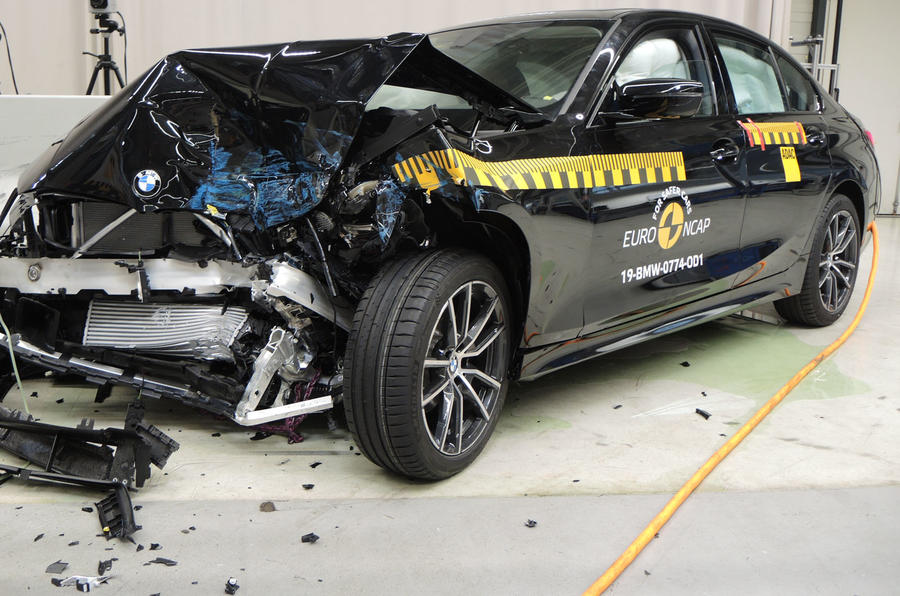 Euro NCAP secretary general Michiel van Ratingen said: "I'm sure that BMW's customers can be confident that the company will continue to strive for the highest standards of safety."

Who cares about NCAP?  We

Who cares about NCAP?  We want SPAM!

Who cares about NCAP?  We want SPAM!

I like the 208 but it seems a poor effort that you have to go to GT line to get night function on the pedestrian detection, as that is when I would have thought you need it most and it should be standard on all cars.

So is it pedestrian protection or rear occupant protection?

If it's the former, then this is less easily fixed, since it may involve sheet metal changes at the front. It will be interesting to see if peugeot can address this and whether the new Corsa has the same issue.