BACK TO ALL NEWS
Currently reading: New Nio ES6 unveiled: £41,000 electric rival to the Audi Q5
UP NEXT
New 2026 Polestar 6 confirmed as 874bhp evolution of O2 concept

Order books in the firm's home market have opened immediately for the four-wheel-drive SUV, with prices starting at the equivalent of £41,075.

The five-seat ES6 uses the same platform as the larger, seven-seat Nio ES8, which went on sale in July 2018. That means it has an electric motor on each axle powered by a liquid-cooled lithium ion battery pack.

There are two versions of the ES6: Performance and Standard. Both are available with Nio's existing 70kWh battery pack or a new 84kWh pack.

Range is 319 miles on the old NEDC cycle with the 84kWh pack. 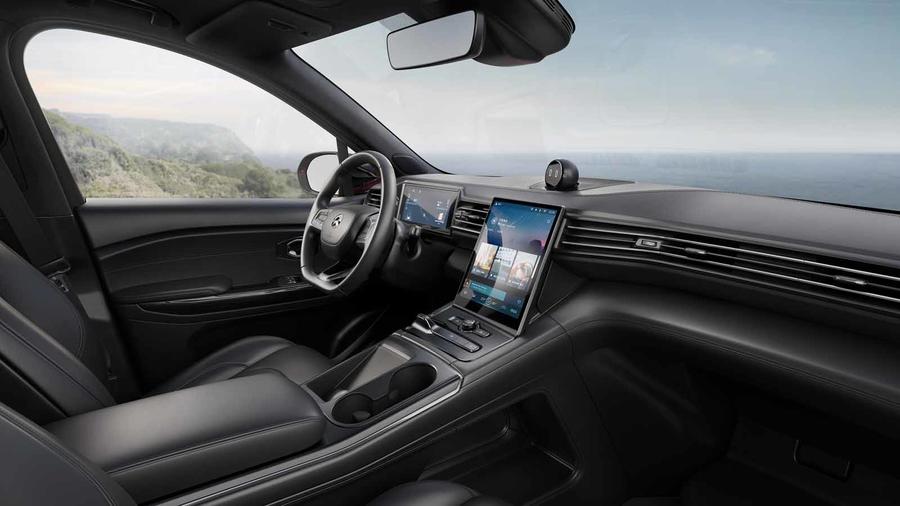 Nio will launch its fourth model, a saloon called the ET7, in 2019.

Speaking at the unveiling of the ES6, Nio founder William Li said: “We think the future of motoring is beyond the products and technology: it’s about how people use the products and the ownership experience. We want to redefine what premium service means for a car company.”

Nio was founded in 2014. It currently only sells cars in China but is planning to extend sales to Europe and the US in a few years time. Li, whose background is in digital marketing, is known as China’s Elon Musk. Nio became listed on the New York Stock Exchange in September 2018 and is currently valued at £6.1 billion.

The lovely Chinese folks in my village manufacture an awesome black bean sauce and do very well. They drive a Mercedes GLE..
289 18 December 2018

To use a country to define

To use a country to define product quality is nationalist and, in some cases, racist. China, like every other country, make cheap as well as quality products for different budgets. To make a binary and sweeping judgement is to ignore what individual manufacturers can offer. Judging from the above comments Nio stands no chance, given the crude nationalistic prejudices. This explains why Trump is still in power, Britain is heading towards Brexit. From now on its us against them, a binary world without nuance.

Made in...  Says it all.  It will be a poor quality product simply because it's made in China.  As I've said before (and yes, I run a small engineering company) there isn't a single Chinese product made by a Chinese company that is considered 'premium quality'.  All the Chinese know is how to churn out inferior products, some of which are just plain dangerous.  As ever, if you have an opinion, that's fine.  But it's only really valid if (like me) you're an engineer with 43 years experience of truly terrible Chinese products - some of which are baffingly-awful.  A few years ago, we contracted to a British manufacturer and gave them explicit instructions not to use a Chinese company for the prototype of the product.  They ignored us, and stupidly forgot that the company they used (in China) would send us the prototype direct from China (cutting them out).  When we got it we were just dumbfounded (apart from really annoyed).  We couldn't even carry out tests on the product, it was that poor.  I go through life choosing NOT to buy Chinese products.  And no, I do NOT have a Chinese phone.  It may or may not interest you to know that all bread machines are made in China.

To bring in "racist" is childishly absurd and does the contributor no credit.  It's pathetic, and the person should apologise (which he won't).  I don't dislike the Chinese...I dislike all their products (based on considerable expertise and experience).  '289' is correct, people should stop buying Chinese products.  On December 5th, BT removed all Huawei equipment from its 4G system on security grounds, and in May the US banned Huawei and ZTE products from its government systems due to 'unacceptable risk'.  So there's even reasons other than quality to withold from purchasing Chinese stuff.

Well said that bloke. The great British public need to wake up, and be less naive to whats happening out there....threats to our business/national security and health & safety.

For christs sake on a basic level they are even sending childrens 'Slime' products over here (through Amazon which we have let into our homes)  with 4 times the maximum level of Boron toxicity - which your little ones are touching!!!!

Just think about that for a moment. How many other products are equally dangerous, but as yet undiscovered as such?

Well said that bloke. The great British public need to wake up, and be less naive to whats happening out there....threats to our business/national security and health & safety.

For christs sake on a basic level they are even sending childrens 'Slime' products over here (through Amazon which we have let into our homes)  with 4 times the maximum level of Boron toxicity - which your little ones are touching!!!!

Just think about that for a moment. How many other products are equally dangerous, but as yet undiscovered as such?

we import more stuff from China and others that’s made cheaper because they work for less pay in these Countries, I remember the ironic story about Lagostine caught up in waters of Scotland, it was cheaper to freeze them , send them to Korea, have them processed there and sent back than have it done in the UK!, it’s no wonder we’re into getting them from Eastern Country’s, nothing produced in the UK is cheap, not even a Fish n chips...!!!