BACK TO ALL NEWS
Currently reading: New Mercedes-Benz EQE electric SUV seen for the first time
UP NEXT
Jaguar boss signs off plan for radical new EV line-up

What appears to be an SUV version of the 2022 EQE saloon is seen testing; set to sit above EQC in line-up
Share
Open gallery
Close
Share story

Mercedes-Benz is readying what appears to be a crossover version of its forthcoming EQE saloon, new spy photos have revealed.

Autocar understands that a plan is in place to offer both a traditional three-box EQE (codenamed V295) and a raised up, SUV-style version. The latter has been given the internal codename X294 but was previously believed to be a model not due for production until 2023, a year after the EQE saloon.

However, the sighting of this moderately disguised prototype in Germany suggests the EQE SUV could have been moved up the product plan in terms of priority. Although some rumours circulating suggest it's a new version of the EQC, that car is only a year old, so this is highly unlikely.

Also adding weight to this being the EQE, not a new EQC, is the prototype’s styling. The front end is very representative of previous EQE saloon mules spotted, while the substantial wheelbase and rear overhang reveals this is a size above the EQC. 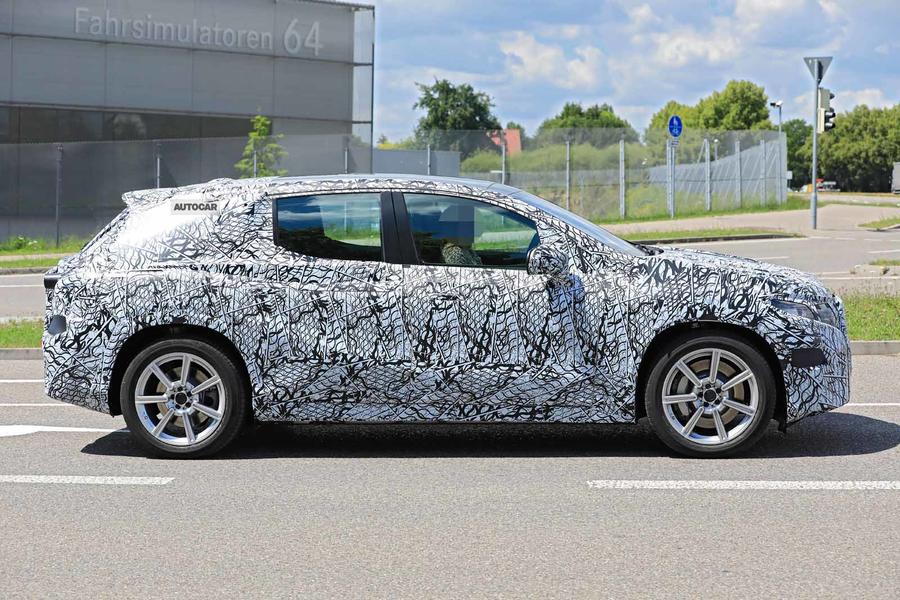 Bespoke-bodied electric SUVs tend to feature a lower roofline and reduced ride height over their internal-combustion-engined counterparts, due to the greater need for aerodynamic efficiency, which explains why this prototype looks much lower than the existing GLE.

The prototype has also been sighted being benchmarked alongside a Tesla Model X, which would be a prominent rival alongside high-end versions of the Audi E-tron and the forthcoming electric Range Rover model.

The crucial difference between the current EQC and this new model is that the latter will use a bespoke electric platform, dubbed MEA (or EVA2), whereas the EQC is based on a heavily modified version of the existing GLC platform.

Mercedes' EQS luxury flagship saloon will be the first model to feature the new architecture when it arrives early next year. That will be followed by the EQE saloon and SUV, although it’s now not clear which of those two will arrive first. 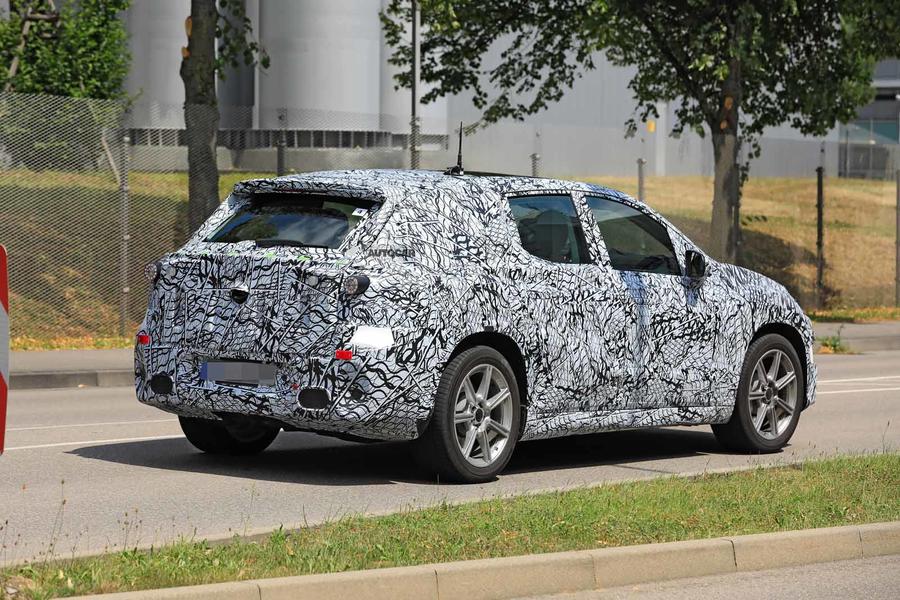 The MEA platform makes extensive use of aluminium and is designed to give a flat floor structure for improved packaging flexibility and battery capacity. Mercedes insiders claim class-leading cabin space as a result.

The two EQE models are expected to be closely linked. This means they will be sold from the outset with four-wheel drive, thanks to an electric motor across each axle. A lighter, cheaper, rear-driven model could be offered soon after.

Power and torque is expected to eclipse the 402bhp and 564lb ft of the EQC. Crucially, the range should increase significantly, too. Autocar understands the target for the EQE saloon is a 373-mile (600km) range, although the crossover’s reduced aerodynamic efficiency may reduce this. The EQC’s range is currently quoted at between 231 and 259 miles, depending on specification.

Mercedes confirmed in 2018 that it would follow up the EQC with nine EVs in four years. With the EQA, EQB, EQV and EQS already confirmed, plus three EVs from the Smart city car brand, that leaves two more to come.

Daimler CEO Ola Källenius has said SUVs are perfect for electric configurations, due to the battery placement being along the floor, pushing up the passenger compartment.

EVs don't have a greater need

EVs don't have a greater need for aerodynamic efficiency. That's just rubbish. They do seem to be prioritising it though as range anxiety encourages makers to eke every km they can out of the batteries. Shame they didn't prioritise this a decade ago, we could have stopped millions of tonnes of CO2 being pumped into the atmosphere. Or, of course, customers could have bought an estate car - sadly, this format seems increasingly endangered.

Look at the shape.

Nothing new?, other than what moves it, the shape is like any other SUV we're being told is a must have car to buy, maybe transport will become as interesting as white goods like Fridges and Freezers, just there quietly humming away doing there job.

Nothing new?, other than what moves it, the shape is like any other SUV we're being told is a must have car to buy, maybe transport will become as interesting as white goods like Fridges and Freezers, just there quietly humming away doing there job.

You're right Peter.  We've all got over the shock of electric cars now, it's about time the manufactures moved the consvervative desgins on to fully make use of the versatility electric powertrains can offer.