Jeep has released UK pricing details for the new Wrangler, ahead of it going on sale this weekend. The rugged 4x4 range will start from £44,495 for the entry-level Sahara model in two-door form.

Four-door models command a £1,500 premium, with Overland trim starting from £46,495. The third trim level on offer is the Rubicon, priced identically to the Overland. The full list of standard equipment is yet to be revealed.

The sole engine available from launch will be a 2.2-litre diesel, with a 268bhp 2.0-litre petrol engine available later this year. Other markets get hybrid and V6 units, which are unconfirmed for UK release.

The diesel produces 197bhp and 332lb ft of torque, and has an aluminium block, variable geometry turbocharger and stop-start. The petrol, meanwhile, gives 268bhp and 295lb ft of torque, although performance figures for either are yet to be revealed. Both engines are available exclusively with an 8-speed automatic gearbox. 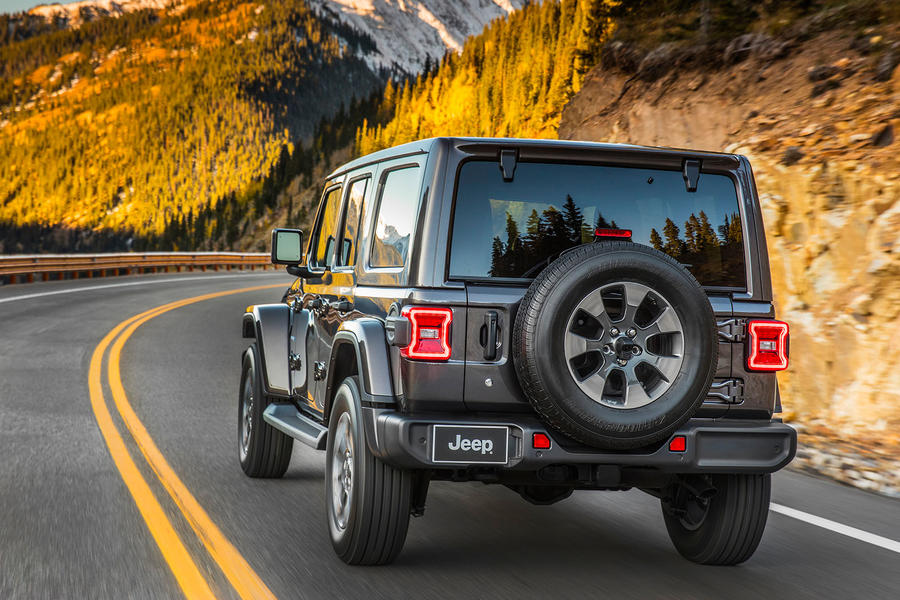 The car, which is already on sale in America, is the first Wrangler to get a four-cylinder petrol engine that uses a twin-scroll turbocharger and new eTorque technology.

The US market mild hybrid system outputs a maximum of 270bhp and 295lb ft of torque, while also enabling significant improvements to efficiency. Stop/start technology is included, and the engine can switch off when the car is coasting.

The Wrangler is also offered with a 3.6-litre petrol engine with 285bhp and 260lb ft of torque, while a 3.0-litre diesel that produces 260bhp and 442lb ft will be added to the range from 2019. Both units use start/stop technology. Drive is channelled to all four wheels, with low-ratio 4:1 locking differentials available (they’re standard on Rubicon cars).

The American SUV, first shown at the LA motor show, has been given substantial technical revisions to bring it up to date, but designers have been sure to retain the familiar look of its forebears, which stretch back to 1986.

It’s offered in two and four-door guises in Sport, Sport S, Sahara (exclusive to the four-door) and Rubicon trim. The model gets new LED lighting and is available with more open-air options, including one that enables the doors and roof to be removed.

Inside, Jeep’s Uconnect infotainment technology features within a centrally mounted touchscreen that includes Apple CarPlay and Android Auto. Base cars get a 5.0in screen, but 7.0in and 8.4in versions are available in higher models. A 7.0in digital LED instrument cluster display is also available; base cars make do with a 3.5in screen between the dials.

Opinion: Jeep Wrangler - this is how to reinvent an off-road icon 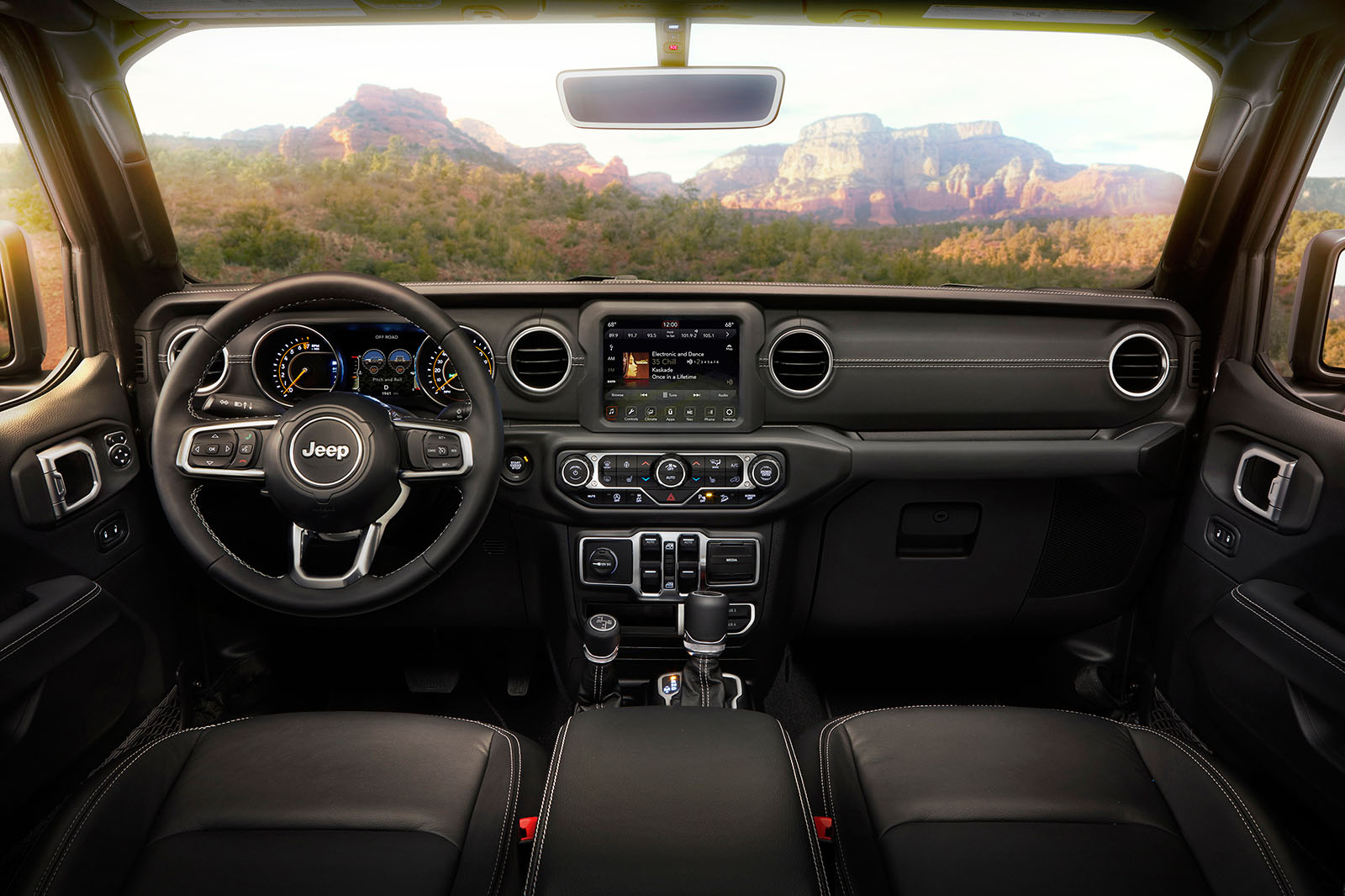 Like its predecessors, the new Wrangler is based on a body-on-frame chassis design. It features five-link suspension, while the roll centre height has been raised and spring rates retuned to boost the car’s off-road abilities and improve ride quality.

Jeep claims that the car can wade through water up to 760mm deep, just 40mm short of what the larger Range Rover Sport can manage, and drive up inclines with a 44 degree approach and a departure angle of 37 degrees. The car’s ground clearance is 277mm.

Alongside its off-road hardware, the new car gets a raft of new safety tech, with 75 active and passive systems available. These include blind spot monitoring, electronic roll mitigation and rear-cross path detection technology.

When the new Wrangler arrives in the UK, it will likely do so in higher numbers than before. The UK volume of the current Wrangler, which is still available to buy in Britain, is low but consistently stable, with 322 units delivered in 2016. Jeep UK is understood to be pushing for a boost in available numbers when the next-generation Wrangler arrives following requests from prospective customers for more cars.

2018 Jeep Wrangler could get pick-up variant

Jeep my all time favourite

Excited to see it soon.

Counting down the days..

Selfish, but waiting for the EU's 10% duty to come off.

I’ve just seen the Sept 2018 UK Wrangler price list which is so basic that it’s laughable - the only option listed is different paints. In the US the wide range of factory options makes us here in the UK very much the poor relations. The Rubicon 2 door that I had been so eagerly anticipating is £46,495 with metallic paint another £775, so a total of £47,270. As we’re shortchanged on the Euro-spec as well, I’d need to spend extra on tyres (we get smaller 32” as standard) and change that ugly protruding front bumper. Along with any other options that may yet appear, this model thus becomes £50k plus?

As I said in my earlier post, and echoed by everyone else who has commented since, what are Jeep thinking by setting such ludicrously high prices? Do they think the Wrangler should be chasing G-Wagen customers? Surely most people in the UK would see prices over in the US and realise this is a blatant rip-off. Clearly I won’t be the only lost customer for the Wrangler and I will follow sales numbers with interest. For me, however, I won’t now even bother with a test drive because of Jeep’s greed and marketing stupidity.