BACK TO ALL NEWS
Currently reading: New Flying Spur will be first Bentley with all-wheel steering
UP NEXT
New Morgan Plus Four CX-T is rally-ready sports car

New Flying Spur will be first Bentley with all-wheel steering

The third-generation Bentley Flying Spur will be the first model from the marque to receive all-wheel steering, as the car maker seeks to make its four-door luxury saloon the most dynamic yet.

Alongside this, it will also feature active all-wheel drive and Bentley’s Dynamic ride system, as found on sibling model, the Continental GT.

Bentley said the trio of systems promises “unparalleled agility in the segment,” which includes the Rolls Royce Ghost and Mercedes-Maybach S 600.

It added that the introduction of all-wheel steering will “enhance both stability at highway speeds and manoeuvrability around town”.

The last two generations of Flying Spur used all-wheel drive, but the new model’s active system means drive is sent to the rear wheels in normal road conditions for a sportier feel.

This latest image and video (below) shows the model undergoing final testing at Nardo test track. 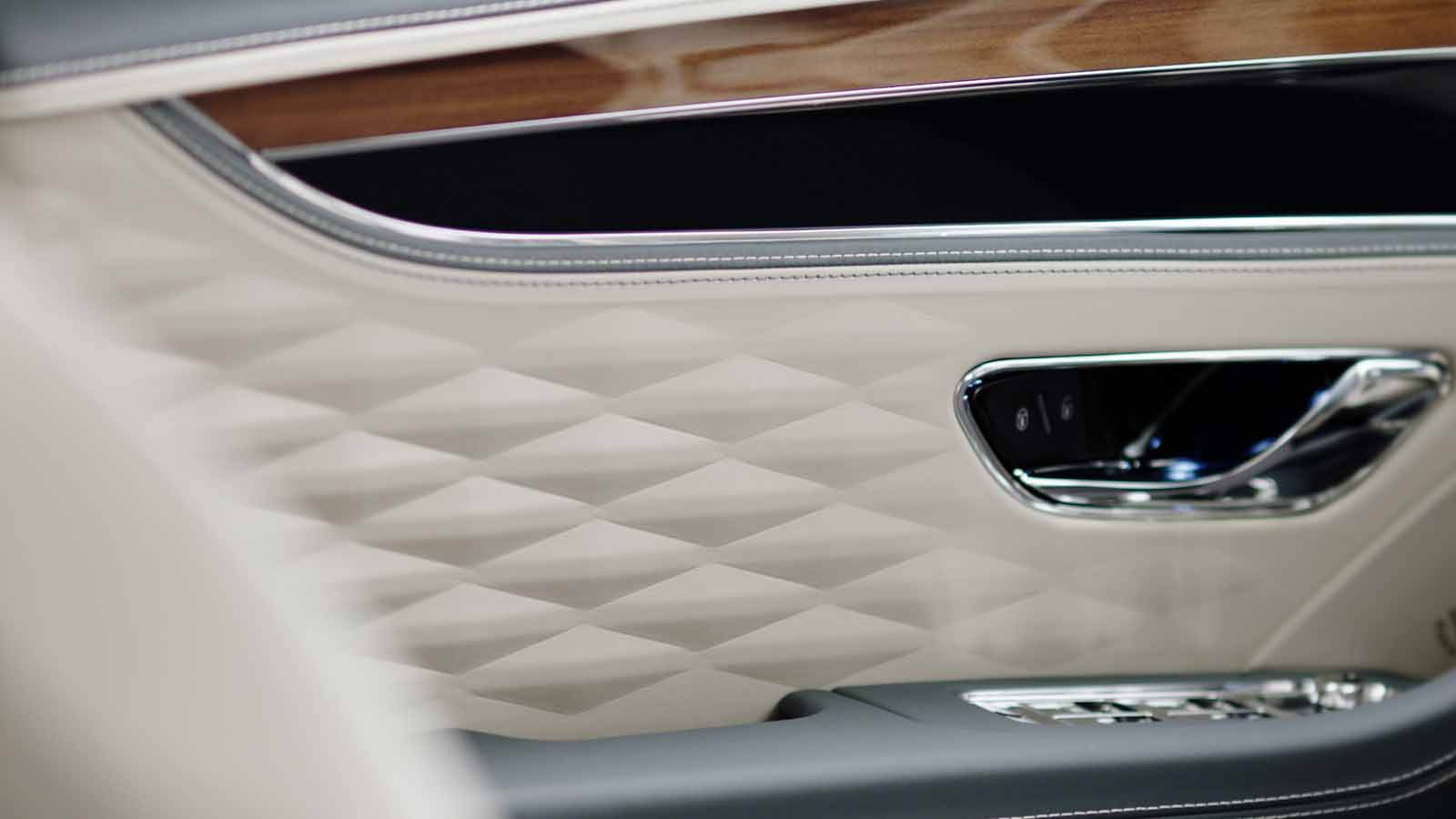 Bentley has also shown an image (above) of the door card which features three-dimensional, textured leather upholstery, a claimed world-first.

The final clue Bentley has shown ahead of the Flying Spur’s full reveal is a video (below) of the car’s bonnet and Flying B emblem, which appears to have illuminated wings.

The Crewe-based firm hopes that the upcoming Flying Spur, which will be unveiled on June 11, will appeal to a new generation of Bentley buyers. It will also aims to better distinguish the model from its two-door sibling, the Continental GT by having a more distinctive design with more defined surfaces.

It is, however, based on the same MSB platform as its sibling, and uses familiar Bentley engines, including the 6.0-litre W12 and V8. It’s also expected to be the next Bentley to receive a V6-powered plug-in hybrid. An electrified version will be crucial to bolster Bentley sales in China, among other markets.

Bentley said: “Both sports sedan and luxury limousine, Bentley’s all-new Flying Spur owes only its historic name to the preceding model and will deliver an unparalleled touring experience for the driver and passengers alike.”

It added that the model is "ground up development that pushes the boundaries of both technology and craftsmanship to deliver segment-defining levels of performance and refinement".

Following the launch of the Flying Spur, the firm will turn its focus to what Autocar understands will be a next step in its design, promising a more radical change to something more fresh and modern.

It is Bentley’s centenary year, and a host of celebrations in July will include a concept reveal showcasing “the future of grand touring”.

Bentley, under the tenure of boss Adrian Hallmark, who joined last year from Jaguar Land Rover, is finalising its broader model strategy for the next few years, which is expected to focus on grand touring models and SUVs rather than sports cars.

Next Ghost will take fight to Bentley

I can't say I like Bentley design very much.  As with the Mini, the designs of Bentley seem too fussy and bulbous. Not forward looking or contemporary in any way.  I think Aston Martin has the best design of any British company.  Rolls Royce does at least represent modern luxury, even if their cars are not exactly beautiful.  I find Bentley and Mini both represent a German idea of Britishness, rather than actual Britishness.  They are a pastiche of bygone British cars.

my favourite bentley now is the flying spur so i hope they do this right. i hope they keep the big outer and smaller middle light rather than the other way roung like on the continental and the bentayga and especially the extremely ugly mulsanne with low down outer lights.

With Bentley being the same

With Bentley being the same group as Porsche and Lamborghini, I can understand them not going down the more hardcore sportscar route