BACK TO ALL NEWS
Currently reading: New Ferrari V6 hybrid: 'reborn Dino' to be revealed today
UP NEXT
Rodin FZero: V10 weapon aims to be world's fastest car

Ferrari’s upcoming mid-engined hybrid supercar, which will be revealed this afternoon ahead of a 2022 launch, is set to be the firm’s first model since the Dino to use a V6 engine.

Ferrari has officially revealed the new 296 GTB - see it here.

The machine, which will follow the SF90 Stradale as Maranello’s second hybrid model, is being developed under the internal codename F171.

Although Ferrari has been tight-lipped about the car’s development so far, it is understood to feature a twin-turbocharged 3.0-litre V6 engine with a single electric motor for hybrid power. 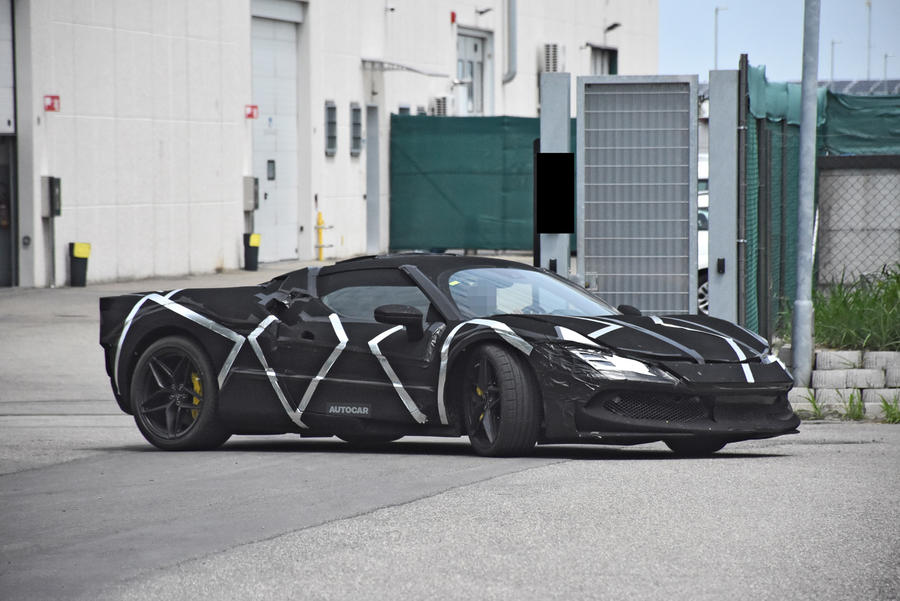 Unlike the SF90, which has a motor on the front axle to offer all-wheel drive, the new machine will be rear drive only. As with the SF90, the new model will offer limited electric-only running, although it won’t be an expansive plug-in hybrid system.

The engine is also tipped to appear in the forthcoming Purosangue SUV.

An earlier prototype of the new hybrid was seen using a heavily modified LaFerrari chassis, but the latest one features revised production bodywork, including fake exhaust pipes at the rear.

The machine is set to rival the likes of the upcoming McLaren Artura, which also has a V6- based hybrid powertrain.

Along with the Purosangue, the new hybrid is likely to be tasked with helping to expand Ferrari’s reach and line-up and will further the brand’s electrification programme.

Earlier this year, the company confirmed that it will launch its first fully electric car, likely a twin-motor, all-wheel-drive two-seater, in 2025.

Tel me about it, I have emailed them at least 10 times and told them via PM on facebook about this weeks and weeks ago, and yet it is still the same, the webiste is the biggest bag of horse poo The very first website ever is way better than this garbage

Autocar this webiste is crap. I can't reply to or quote anyone