Ferrari is preparing to enter the performance SUV ring in 2022 – and our spy photographers have caught a prototype being put through its paces at a private testing facility.

As with the first prototype to break cover, this latest test mule appears to feature a body shell adapted from the Maserati Levante SUV. It should be stated that this doesn't indicate the final production design in any way.

However, there are plenty of clues that this model is intended to push Ferrari into offering new levels of comfort, interior design and space. The body, which sits significantly lower than its Maserati donor, has been adapted with a longer bonnet that features a chunky bulge where the engine is located.

The length and positioning corresponds with Autocar's understanding that the SUV will be front-mid-engined, while the bulge suggests that a large-capacity engine - possibly a V12 - features underneath this mule. Certainly, the quad exhausts look similar to those from the V12-powered GTC4 Lusso and 812 models. 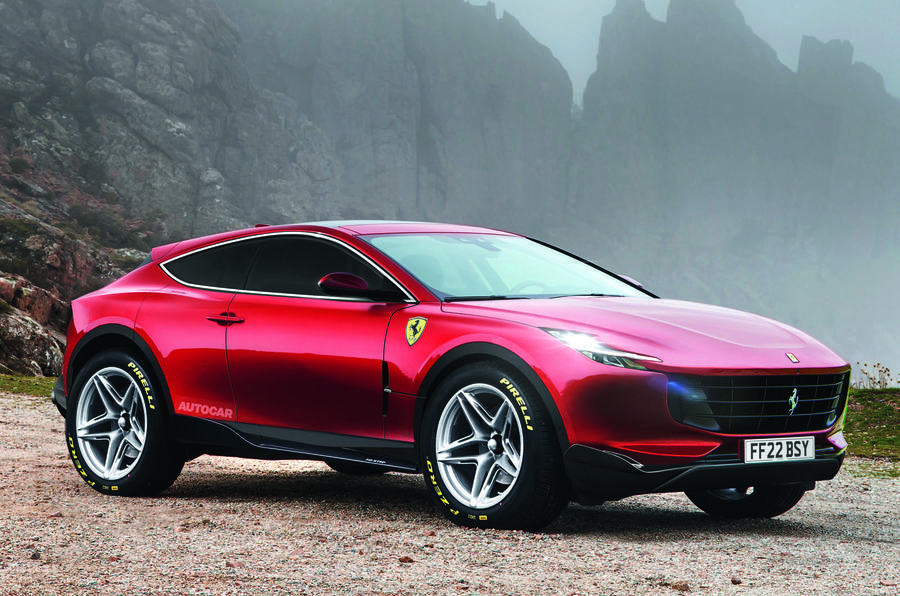 Due in 2022 and being developed under the codename Purosangue, which translates as ‘thoroughbred’, the Ferrari SUV promises to be like no other performance or ultra-luxury SUV on the market thanks to different positioning from the likes of the Aston Martin DBX, Bentley Bentayga, Lamborghini Urus and Rolls-Royce Cullinan.

The SUV, also known internally as ‘175’, is one of 15 new Ferraris announced last year and set to be launched by 2023. They will be built off two bespoke architectures giving two distinct model lines, one for mid-engined supercars, such as the imminent F8 Tributo, and the other for front-mid-engined GT-style cars, including the new SUV.

“I’m convinced on this car and the technical concept,” Ferrari’s chief technical officer, Michael Leiters, revealed in an exclusive interview. “I think we’ve found a concept and a package which is on one side a real SUV and will convince SUV customers to buy it, but on the other side there’s a huge differentiation of concept to existing SUVs.”

That concept is based around Ferrari’s ability to mix a bespoke architecture (as opposed to one shared across a wider group, such as the Volkswagen Touareg and Audi Q7-derived MLB platform used by the Bentayga and Urus) that not only endows the car with Ferrari levels of performance and dynamic ability but also the space, comfort and user-friendly cabin required of an SUV.

“The challenge is to open a new segment for Ferrari,” said Leiters. “We always have very, very sharp positioning. It helps to develop cars in a certain, focused manner and easily decide certain trade-offs.

“The trade-off decision is totally different for us here. We will have totally new engineering challenges.”

Ferrari remains tight-lipped on the Purosangue’s specifics but is happy to discuss the theory and challenges behind pushing the brand in its most radical direction yet in its illustrious 72-year history.

It is known that the SUV’s design has been signed off and the car will employ Ferrari’s scalable front-mid-engined architecture, one of two highly flexible structures that will underpin Ferrari’s future range.

Both architectures, the other supporting a traditional mid-engined layout, are able to accommodate V6, V8 and V12 engines, with or without hybrid assistance and with a transaxle dual-clutch automatic gearbox, rear- or all-wheel drive, two-, two-plus-two or four-seat cabins from variable wheelbase lengths, coupé, spider or Purosangue bodystyles (Purosangue having also been used traditionally to describe the bodystyles of Ferrari’s big V12 front-engined GTs), and low or high ground clearances.

From these wide-ranging parameters, the SUV will take the form of a four-seater with a length of around five metres, and its high ground clearance is likely to be achieved through height-adjustable suspension and an anti-roll system to allow for impressive on-road dynamics and some off-road ability. Plug-in hybrid technology is also set to feature as pressure grows to cut emissions, with the powertrain to be derived from that of the new SF90 Stradale.

The new supercar, Ferrari’s first regular series-production hybrid, mixes a 4.0-litre V8 with three electric motors, one at the rear between the engine and gearbox and two at the front to give all-wheel drive. A version of that system is set to feature in the Purosangue, yet it’s more likely to be mated to a new turbocharged V6 Ferrari has in development. A range-topping V12 version is also considered likely, as Ferrari remains committed to the development of V12 engines.

“SF90 is a new product with so many new innovations on the car, then we find the elements to go onto other cars,” said Leiters, on the technology transfer from the SF90 Stradale to other models. “The challenge [with the SUV] is a totally different one. There are some innovations to go on, but our organisation has learned to do innovation,” he added, in reference to the likelihood of the Purosangue featuring innovations of its own. 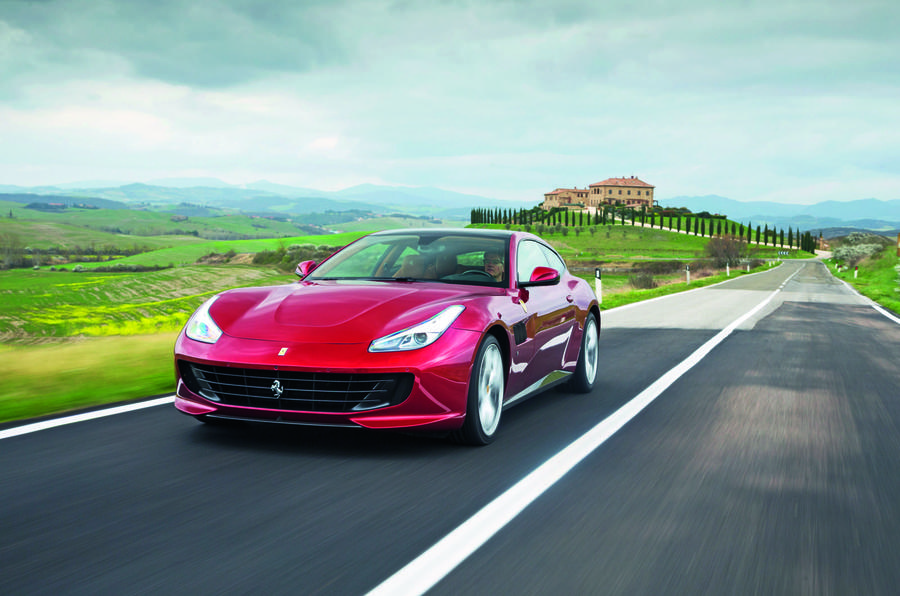 The Purosangue name is also used to describe the family of new GT models Ferrari plans to launch over the next four years, with a claimed push towards versatility and comfort. Among them will be a replacement for the now-axed GTC4 Lusso, whose own future doesn’t depend on the launch of the SUV.

All the Ferrari GT models, including the SUV, will get a completely new interior layout based around what it calls an ‘eyes on the road, hands on the street’ approach. Among the features will be a new steering wheel design, new infotainment, a head-up display, new instruments, new ways of operating the cabin controls, rear-seat entertainment and improved ingress and egress.

Leiters also detailed some of the engineering challenges being faced while Ferrari develops its first SUV.

He said: “With space, how can we ensure that there is the right easy, ergonomic comfort on board? How to combine the sporty layout with a more comfort-orientated design? What to do with HMI [human machine interface]? Our HMI is driver-orientated, but how can it be more democratic? What are the comfort features? What is a Ferrari’s pure DNA on a car for comfort?

“It’s a challenge, an opportunity and fun. I like it very much. Some concepts are close together, but with cars like 175 one thing we want to do is structure the product range and have something different.”

“We’ve not said there definitely will be V6s or V12s but we have foreseen it,” he said. “My job is to give the company an opportunity for models. Then they tell us what they need from a market point of view.

“In the function of different customer requirements, do we need space? Six or eight cylinders? A long wheelbase? So we can offer V6, V8, V12, front- or mid-engined, hybrid or not, two-wheel drive or four-wheel drive, 2+0, 2+2 or four seats; vary the wheelbase a lot. We’re able to manage very easily and have a very low impact doing it.”

Head of design Flavio Manzoni said the designers had been working with engineering right from the start to ensure optimum proportions for what is set to be a controversial model for the brand.

“You start defining the design of the car in the first steps,” he said. “In that defining phase we work with the engineers. We can determine the proportions and the dimensions to have a very good base to work from. That’s the case for the SUV as well. Many SUVs are derivatives of other cars. Designers have many constraints due to the technical base. In our case, it’s no compromise.

“If we don’t start together with engineers, defining together with the package, it’s a problem. I praise a lot of the collaborations when we start a new project.” 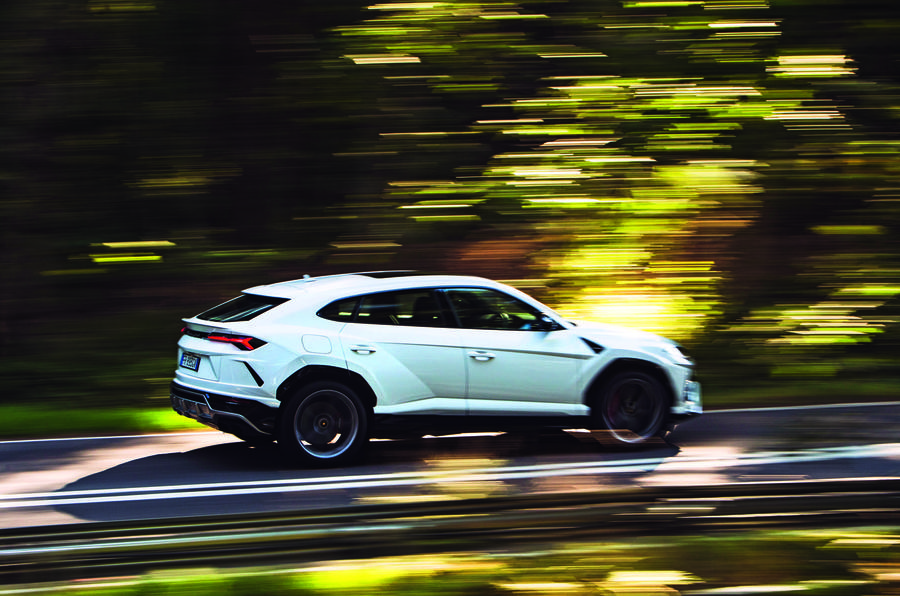 Lamborghini Urus: Perhaps the most similar car in concept to the high-riding Ferrari comes from its most noted Italian competitor, Lamborghini. The polarising Urus was launched in 2019 and sold more than twice the number of any other Lambo in 2020 – a fact that Ferrari cannot ignore. It features a twin-turbocharged 4.0-litre V8 putting out 641bhp, enough for 0-62mph in 3.6sec and a top speed of just under 190mph. 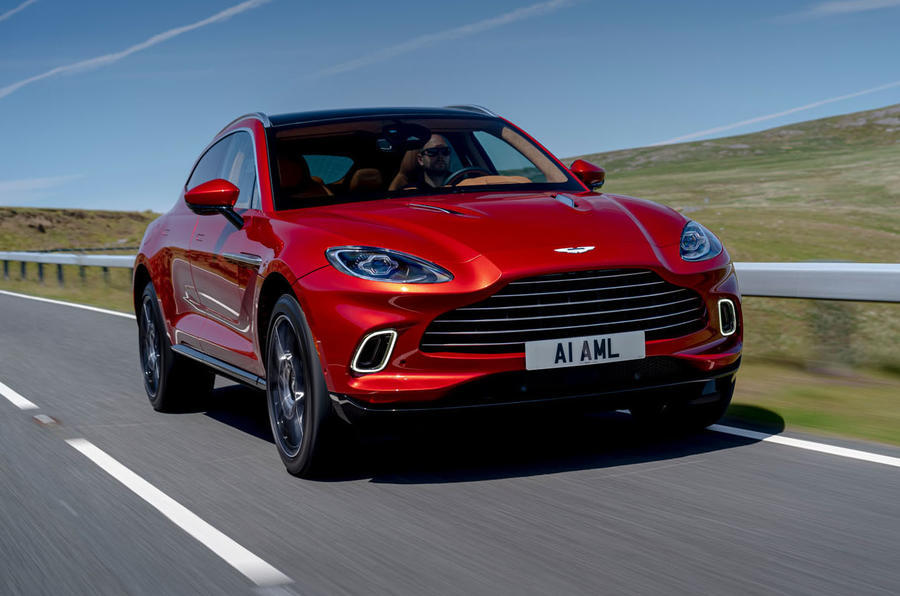 Aston Martin DBX: The DBX has launched with a Mercedes-sourced V8 but a hybrid option and Aston’s own V12 are likely to be offered in the future. It’s the British firm’s big hope to increase volumes. 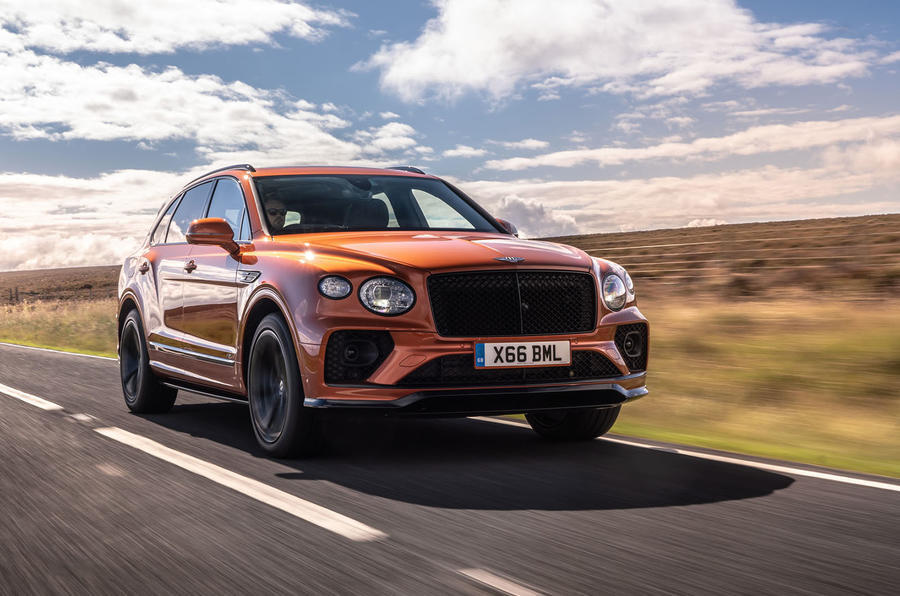 Bentley Bentayga Speed: Rival Rolls-Royce will be more aligned with the Ferrari in pricing terms with its Cullinan, but Bentley’s Bentayga SUV – particularly in Speed form – is a more natural rival. With a 626bhp twin-turbocharged 6.0-litre W12 providing the propulsion and a lighter chassis honed for a more dynamic drive, it will also be Ferrari’s reference point for interior quality, space and long-distance comfort. Lotus SUV: Due at a similar time to the Purosangue, this is Lotus’s first crack at the sports utility car formula. It’ll be far cheaper than the Ferrari, starting at below £100,000, but has a similar ethos as a truly fun-to-drive SUV. It will make use of parent company Geely’s clout, including underpinnings and hybrid powertrains from stablemate Volvo. A high-end flagship could give the Ferrari a run for its money.

Ferrari 812 GTO due this year as possible V12 GT swansong​

SUV?? Really? Anyone else getting Stratos vibes?

Whatever next?  A Steinway snythesiser? A digital Rolex?

Does it matter?  Not really.  Ferrari died years ago, at the same time as the manual gearbox option.