BACK TO ALL NEWS
Currently reading: New BMW X6 leaks ahead of tonight's official reveal
UP NEXT
Alfa Romeo to show new sports car in early 2023

BMW is set to pull the covers off its new BMW X6 late this evening, but what look like press images of the coupé-SUV have leaked out already.

Published first on Instagram before a number of BMW fan sites picked them up, the images show the new X6 will continue the design theme of the last-generation model, but with detail changes mirroring the rest of the firm's now fully up-to-date X line-up.

The front end gets a more aggressive interpretation of BMW's SUV face, while the roofline tapers and slopes down at the rear in true coupé style. At the back, the stretched LED tail-lights are heavily inspired by the BMW X4. 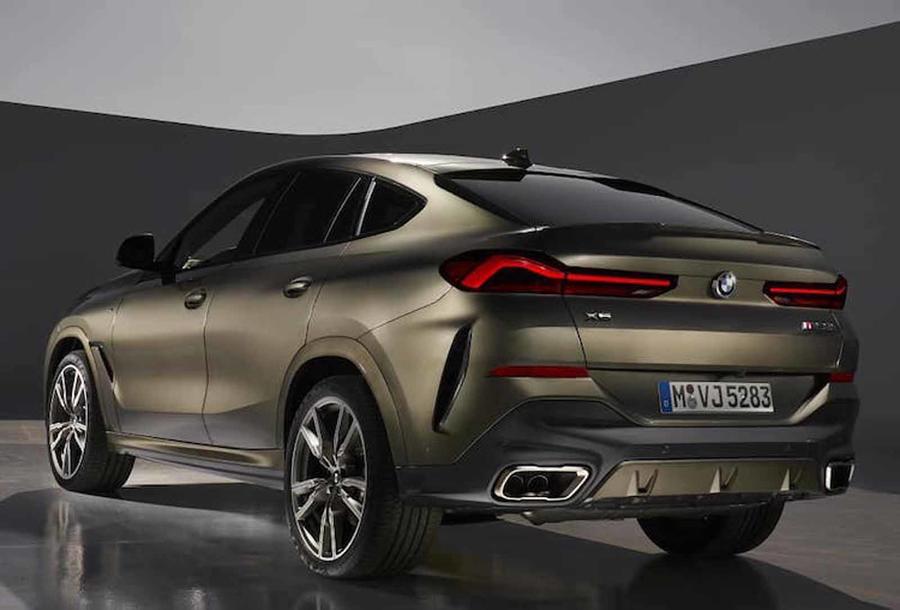 Details, as well as the interior, remain under wraps, but we know that much of the car's mechanical make-up, engines and technology will be borrowed from its BMW X5 sibling.

Production will remain at BMW’s US plant in Spartanburg, South Carolina, where prototypes are already being built for testing. X6 prototypes have previously been spotted on the same outing as a flagship BMW X6 M, which will use the BMW M5’s 4.4-litre V8 for an anticipated output of 600bhp or more.

The X6 range will kick off with xDrive30d and xDrive40d variants, although a greater petrol-powered offering is expected. xDrive40i, 50i and 45e versions will make up the rest of the range, with the notable addition of the plug-in hybrid. 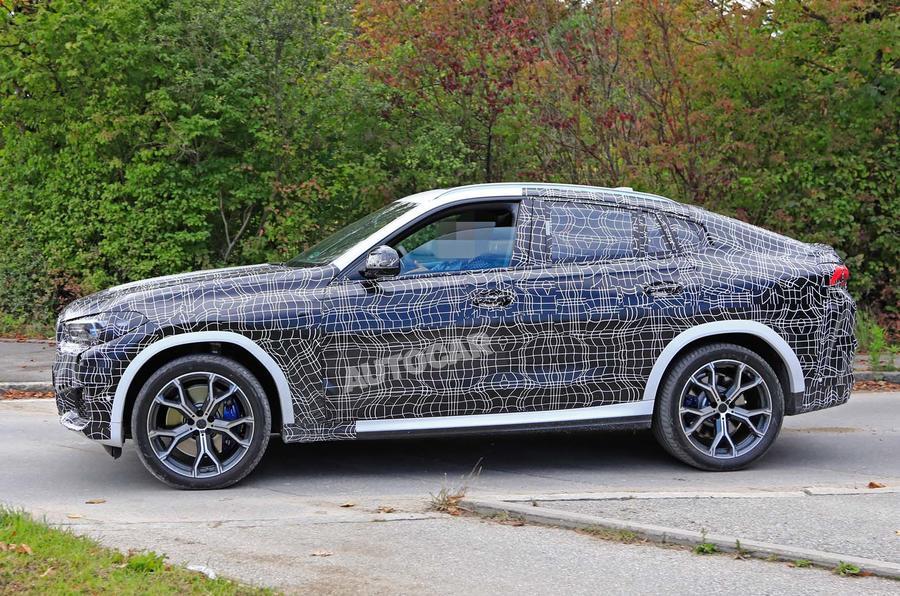 M Performance M50d and M50i variants are also planned as BMW proliferates its M sub-brand, although the M50i petrol might not be offered in Europe, as it's geared towards the US market.

The M50d will be powered by a quad-turbo 3.0-litre six-cylinder diesel engine producing more than 400bhp.

Like the X5, the new X6 will be based on BMW’s CLAR platform, with double wishbone front suspension and five-link rear suspension. Air suspension will be an option.

Inside, the new X6 will be almost identical to the X5, with BMW’s new seventh-generation iDrive infotainment system featuring. Expect a slightly lower driving position for a sportier feel, alongside reduced space for rear-seat occupants.

What a useless eyesore.

I did like the Ring clip in which an X6 understeers off the track, whacks the right hand side, bounces across and whacks the left hand side for a comprehensive panel denting job.  I know, it's not healthy to wallow in schadenfreude, but with this car, I just can't help it.

Another pointless car made