BACK TO ALL NEWS
Currently reading: New BMW Vision iNext previews 2021 autonomous SUV
UP NEXT
2024 BMW X3 primed to take on Mercedes-Benz GLC

BMW has revealed the Vision iNext concept, which previews an electric SUV with advanced autonomous systems that will go on sale in 2021 and will provide the “building blocks” for the BMW Group’s future.

The Vision iNext, which is similar in size to the X5 SUV, is a showcase for BMW’s autonomous, electric and connected vehicle technologies. It is referred to by the firm as ‘Project i 2.0’, a reference to the firm’s original 2007 electric concept car that previewed its electric i range.

UPDATE: BMW has revealed the iNext will be the first car on a bold new platform at the LA motor show

BMW says the Vision iNext was developed to address key questions for the future of motoring, with a focus on electrification, connectivity and autonomy. BMW Group chairman Harold Kruger said: “The iNext project will provide our building blocks for the future, from which the entire company and all of its brands are set to benefit.”

The Vision iNext was described by BMW development boss Klaus Frohlich as a “brand leader” that will sit outside the growing i range. It is an SUV roughly similar in size to the BMW X5, although it is substantially bigger inside due to its EV architecture, with front and rear motors and underfloor batteries.

BMW to expand i range with electric SUVs

The iNext features slim headlights and a bold version of BMW’s kidney grille, which is used as an ‘intelligent panel’ to house many of the sensors required for autonomous driving. Up close, the panel features a 3D-printed pattern, with a semi-luminescent covering designed to hint at the systems it contains.

The panoramic roof is designed to make the interior airier, with sharp curves down the clean sides. The iNext has opposing doors with no B-pillars, to provide unfettered access to the interior. The concept was presented with a copper paint scheme that gradually changes in shade along the length of the vehicle. 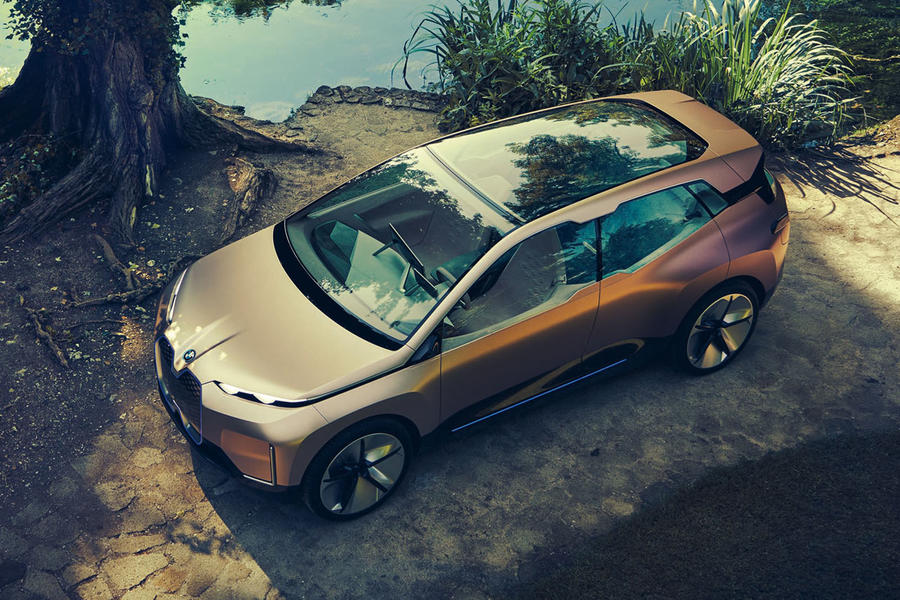 The interior features a minimalist, wood-based dashboard with digital displays and minimal switchgear, with the two front seats split by a coffee table-style centre console. The large rear seat is designed to fit up to four people.

The seats feature an unusual cloth upholstery, with the concept showcasing hidden ‘intelligent material’ touch controls built into the seats, which BMW refers to as ‘shy tech’.

While few technical details of the production car have been released, it will use BMW’s fifth-generation electric powertrain, which will make its debut in the iX3 that is due in 2020. In the iNext, Frohlich said it would offer a 0-62mph time of around four seconds, with a range of around 380 miles.

BMW development boss: Our cars will always have steering wheels

Kruger added: "The BMW Vision iNext represents a new era of sheer driving pleasure. It underlines the leading role Germany plays in the future of mobility."

While the production version of the iNext is due in 2021, the level of automony it offers will depend on regulations and infrastructure – and that could vary in different countries. While China and other Asian markets could allow such systems soon, it is likely to be much longer until level four ‘eyes off’ autonomy is allowed in the UK. 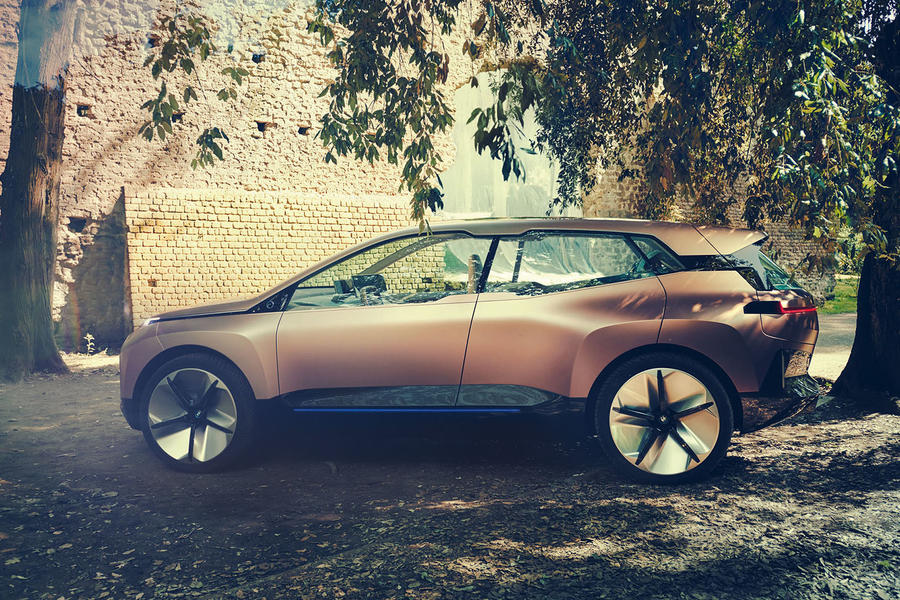 BMW to expand i range with electric SUVs

up to chinese taste

Entire point of BMW cars is that they are vulgar. X6 was best proof of that, as well as it is BMW car that is usually user by enforcers and lawn sharsk at least in my coutry (in UK even managers drive bimmers, for some reason). But this one is on completely new level of vulgar. It's probably tailored to suit tastes of biggest market for self-driving, large SUV-s - China, with its oversized grille and golden colour. However, It's still a disgrace and I think entire BMW design department should be at least fired, if not prosecuted for crimes against humanity.

i Next is something a 2 year old screams when someone tries to pinch their turn on the swing.

It looks great though, as long as you want to drive around in a prop from Logan's Run. Which I do.