We speak to Tobias Moers about swapping bespoke V6 power for AMG tech, and forging ahead with EVs
Open gallery
Close

In his first interview since becoming CEO in August last year, the former Mercedes-AMG chief outlined his Project Horizon vision for the British brand.

This includes “more than 10 cars” before the end of 2023, the cancellation of some of the previous management’s projects – including a bespoke new V6 engine and relaunching Lagonda as a super-luxury EV brand – and a push towards improving the quality and dynamic performance of Aston models, which is already yielding results.

The Ferrari F8 Tributo-rivalling Vanquish and more potent Valhalla are the flagship projects of this new era for Aston. Both were first seen as concept cars in 2019 and were planned to use the new V6. With this project now cancelled, the supercars will instead use hybrid drivetrains sourced from AMG as part of an expanded technical partnership between Aston and Mercedes’ performance arm.

“Both will now look different but cool still and better,” said Moers of the Vanquish and Valhalla. Regarding the V6, he said: “I found a concept engine that wasn’t Euro 7- capable. It would have taken another huge investment that was really too big to bring to life.”

He continued: “We shouldn’t put money into that. We should instead put money into electrification, batteries and the expansion of our portfolio. The intention is to be a self-sustaining company, although always with a partnership.” 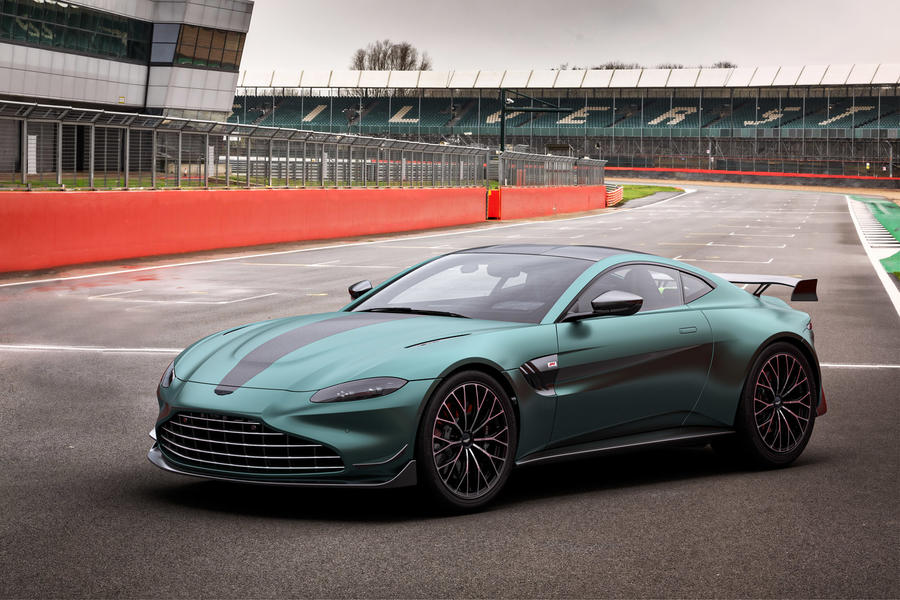 He said that the expansion will start with the launch of the Valkyrie hypercar in the second half of this year in road and track forms, before a third variant – likely to be a convertible – follows in 2022.

With a V12 engine, active aerodynamics and active suspension, the Valkyrie is set to break many records for a road car, achieving Formula 1 levels of performance. It has been developed with Red Bull, which Moers said is “really good” to work with, even after the two severed their F1 tie-up at the end of last year when Aston owner Lawrence Stroll turned his Racing Point team into a Gaydon works entry.

Beyond that, the Aston DBX SUV is set to spawn a second variant in September, understood to be a straight-six-powered mild-hybrid version to serve as the entry-level model.

Another variant will join it in April 2022, targeted at “one player from Italy that has the market too comfortable at the moment” – understood to be a high-powered V8 version to take on the Lamborghini Urus.

Moers said there will also be “a broader line-up for the Vantage and Aston Martin DB11” – something that has already begun with the new Vantage F1 Edition, a significantly more powerful and focused model that can lap the Nürburgring 13 seconds faster than the standard Porsche 911 rival.

It is also the first Aston car that Moers, a former Autocar Awards Engineering Hero, has been involved in developing.

Furthermore, the DB11, Vantage and DBS Superleggera will all be facelifted in the next 18 months. “We have an overaged sports car line,” explained Moers. “The new Vantage, DB11 and DBS will be the same generation but have new infotainment and so many other new things.”

Aston previously planned to relaunch Lagonda as a tech-focused Rolls-Royce rival with bespoke models, but Moers believes that this idea was “plain wrong, as it dilutes from the main brand”.

He views Lagonda “as a more luxurious brand”, but said: “We’re still defining it.”

Moers added that Aston will produce Lagonda variants of its existing models with a greater focus on luxury, similar to Mercedes and Maybach.

Racing in F1 makes Aston a sportier brand, he claimed, so its road cars will follow that altered brief – but make “more room for luxury” too.

Aston will launch a series of its own plug-in hybrid and fully electric cars across all of its segments, which Moers believes will bring “even more opportunities for the brand”, as a skateboard-style architecture will allow it “to find its own niche” with different bodystyles, while also allowing for greater modularity and therefore greater economies of scale across its model lines. 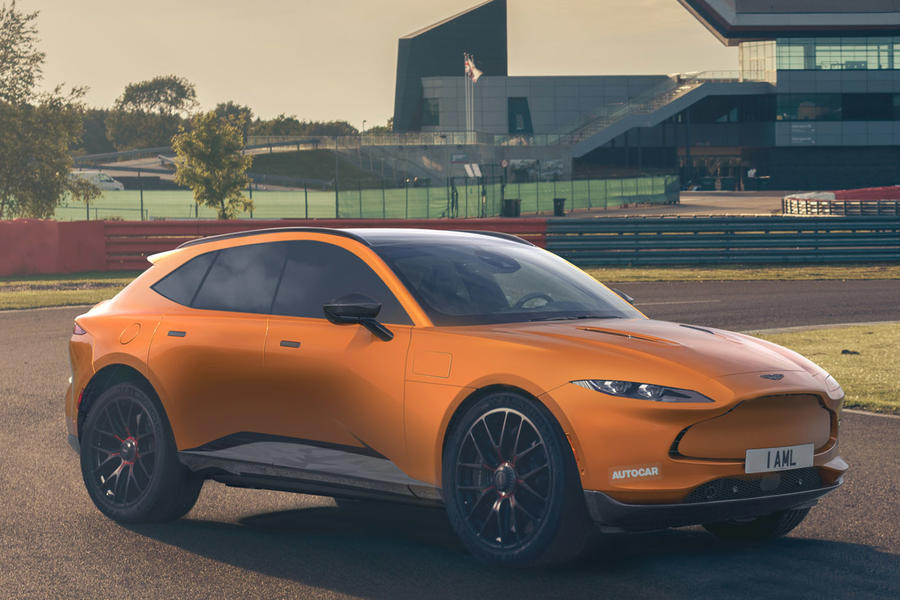 “You could do a 2+2 and an SUV probably with a similar platform,” Moers said.

An electric sports car is expected from 2025, when Aston starts to replace its front-engined models. “You do the facelifts, then it’s three or four years and you’re fully electrified,” said Moers.

An electric version of the DBX is understood to be set to arrive at a similar time.

Aston Martin boss Tobias Moers says there has been a “double-digit” improvement in quality since his arrival at the company last summer, because he has overhauled its manufacturing process.

The number of faults per car has been reduced at pre-delivery inspections, while the manufacturing process has been streamlined, with all three front-engined models now built on the same production line at Gaydon, instead of on two, and fewer parts held in stock next to the line.

The now-vacant second line is set to be used for Aston’s new mid-engined models, while production of the imminent Valkyrie hypercar has also been taken in-house at Gaydon.

Moers joked that “the one thing I’m never going to need investment for is facilities”, in reference to how many Aston can access but has now rationalised.

it will be the forced change to EV's that rips the heart out of Aston as that glorious sound will be gone, as will any real character to the drivetrain. Just instant linear torque like any other car.

It wont just be Aston that suffers, all high end sports cars will, especially Ferrari.

So turning Aston into a badged Benz is just early adoption of the EV future, a bit bland.

Would be much better if these makers could continue to produce ICE engined cars, as the CO2 impact globally probably wouldn't be measurable. However that would just get slammed as pandering to the rich. Even though I'll never be able to afford an Aston, Ferrari etc. I will miss seeing and hearing them...

Stroll talks about Aston Martin's iconic status in glowing terms and then starts blethering on about British heritage - to him that means a bit of James Bond aura surrounding some customised Benzes.  Doesn't he realise that marque heritage resides in its engineering and not just its pretty styling?  He even says, we can just buy in components from MB.  He's as misguided as Ulrich Bez was in thinking that you could pass off a Toyota as an 'Aston Martin Cygnet'.  It might work for a while but it will erode everything that makes Aston special.  Why bother  buying an Aston when you can buy an AMG?

Cobnapint 13 May 2021
This is like ripping the Merlin engine out of a Spitfire and fitting it with one from an ME109. You just wouldn't do it.
View all comments (15)