Aston Martin’s upcoming mid-engined hypercar will be named the Valhalla, as a continuation of the firm’s line of ‘V-cars’ performance models.

Revealed at this year’s Geneva motor show under internal codename RB-003, alongside the Vanquish Vision supercar and Lagonda All-Terrain SUV concepts, the hybridised V6-powered road car takes its production name from the warriors' paradise referred to in Norse mythology.

Aston Martin’s association with the letter V can be traced back to 1951, when the Vantage moniker was unofficially assigned to high-performance variants of the DB2 sports car. The tradition has been kept alive with subsequent Aston Martin Vantage, Virage,Aston Martin Vanquish and Valkyrie performance models.

“If Valkyrie is the best of the best, then the [Valhalla] is the best at £1m,” design boss Marek Reichman said of the new hypercar, which Aston will put into production in late 2021. 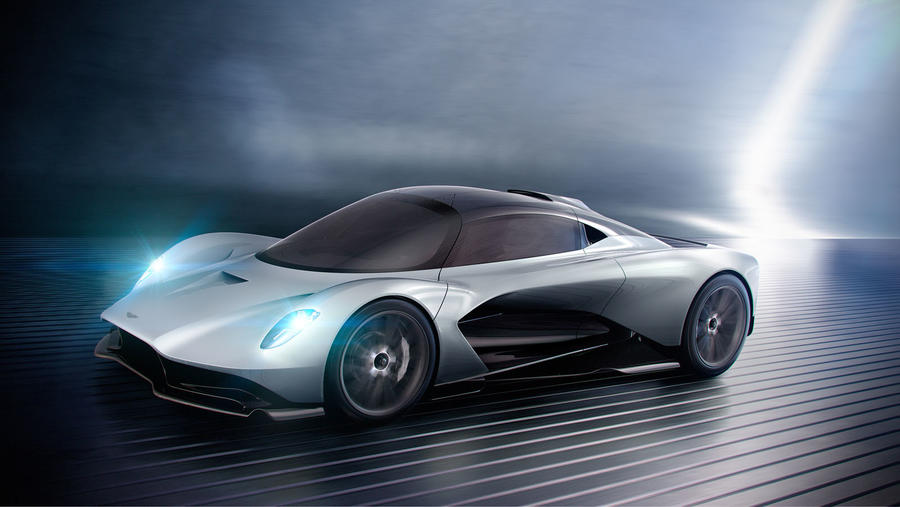 The new model, which Autocar received exclusive access to ahead of the Geneva motor show, is the second to be co-developed between Aston Martin and Red Bull Advanced Technologies in Milton Keynes and will bridge the sizeable gap in Aston’s fast-growing range of mid-engined models between the Valkyrie and the production Aston Martin Vanquish.

The Valhalla’s power and positioning – most likely with more than 1000bhp and the kind of performance that would threaten the Nürburgring lap record – would place it in contention with the new Ferrari SF90 Stradale and 250mph McLaren Speedtail. 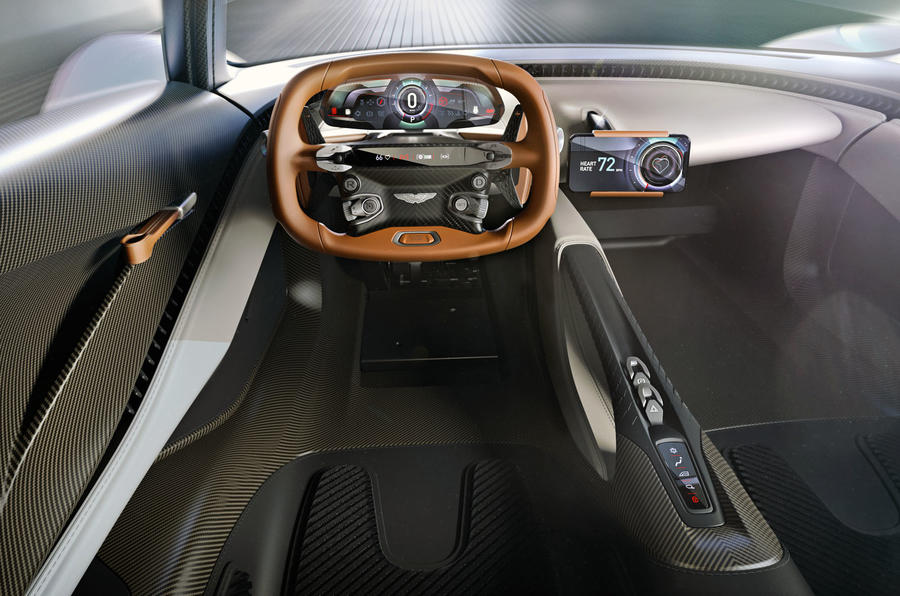 The Valhalla will use Aston’s new twin-turbo V6 engine with electric assistance, and the car will be built around a carbonfibre architecture and carbonfibre bodywork. “It will have the same principles as the Valkyrie with its all-carbonfibre tub but will be more usable,” said Reichman.

The Geneva concept car is 90% representative of the final production model, he added.

Aston boss Andy Palmer calls the Valhalla “the bridge” in the world of mid-engined Aston Martins. “The aerodynamics and tub construction filter down from the Valkyrie to this, and then the new V6 powertrain will go down to the Vanquish,” he said. “The Valkyrie is the fastest production car ever and now we’ve created a son of it that’s a halo car above everyone else’s range, like the P1, LaFerrari and [McLaren] McLaren Senna.” 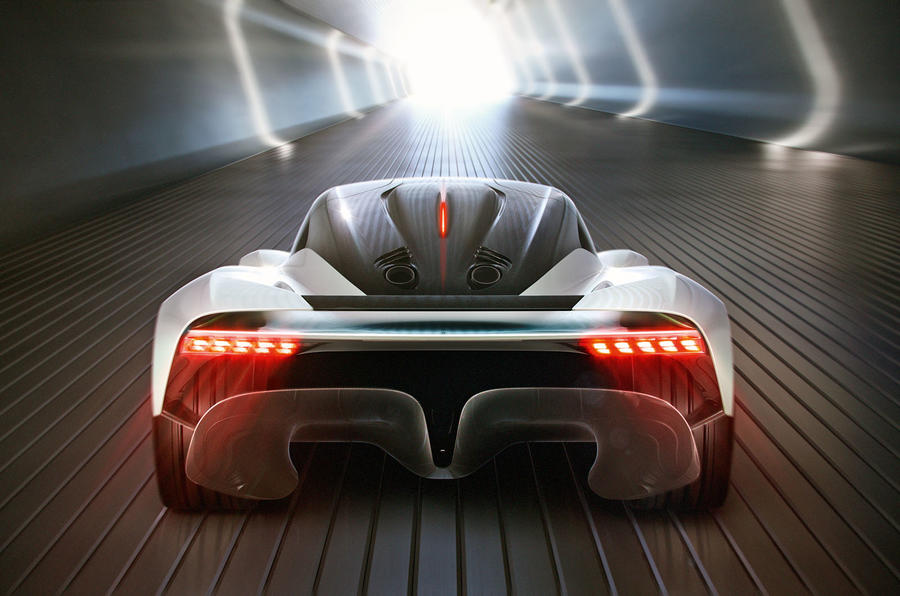 There is further technology transfer from the Valkyrie to the Valhalla through the active suspension and electronic systems, with Aston claiming the dynamic brief for the car is to be class-leading on both road and track.

Those aerodynamics will not be as extreme as on the Valkyrie, but will in turn be more extreme than on the Vanquish. A high proportion of the aerodynamic work is done under the floor and through the large rear diffuser. The Valhalla also adopts aerospace aerodynamic morphing technology with a new variable airfoil called FlexFoil, which alters downforce without changing the physical angle as with an active rear wing, designed to improve aero performance and reduce wind noise, while also virtually eliminating turbulence and drag.

While the Valhalla adopts a look and ethos inspired by the Valkyrie, it does so while being more usable. The doors open out forwards and out of the roof, inspired by an LMP1 car, to improve ingress and egress. Unlike the Valkyrie, there is also luggage and storage space for oddments and a wider centre console to put more space between driver and passenger. 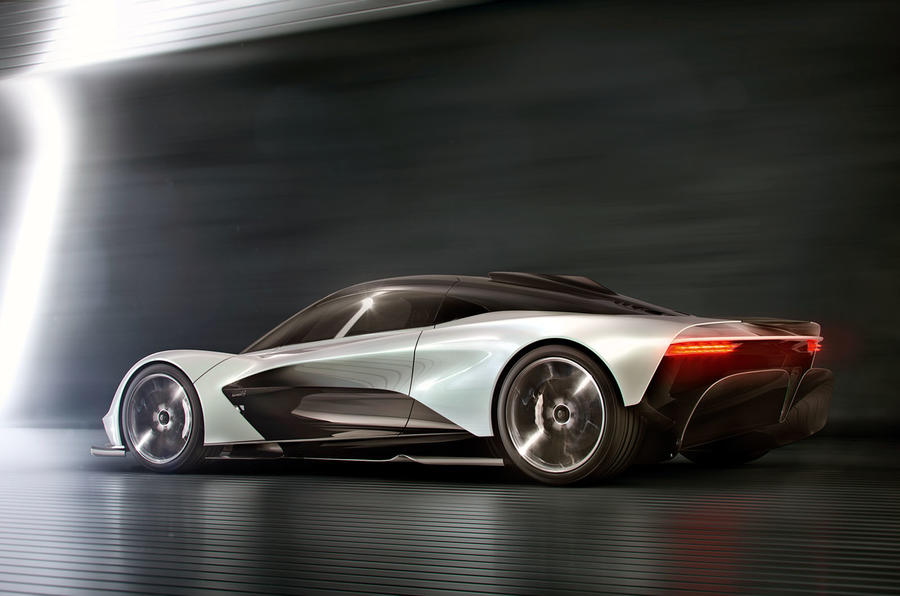 The cabin is unashamedly built around the driver and creating the perfect alignment between driver seat, steering wheel and pedals in what Aston calls ‘Apex Ergonomics’, with all major controls aligned for the driver and their eyeline. Instead of a traditional instrument binnacle, there is a small screen mounted directly on the steering column, with infotainment provided by what Aston calls ‘bring your own’, by simply mirroring a smartphone.

Aston has not quoted any key stats for the Valhalla beyond the engine configuration but, as with the Valkyrie and Vanquish, there has been an obsession with weight saving and optimised packaging. For example, all four headlights and tail-lights weigh less than one Aston Martin DB11 headlight, while 3D printing is used for parts big and small in the interior, including a centre console that weighs half of what it would using traditional construction methods. 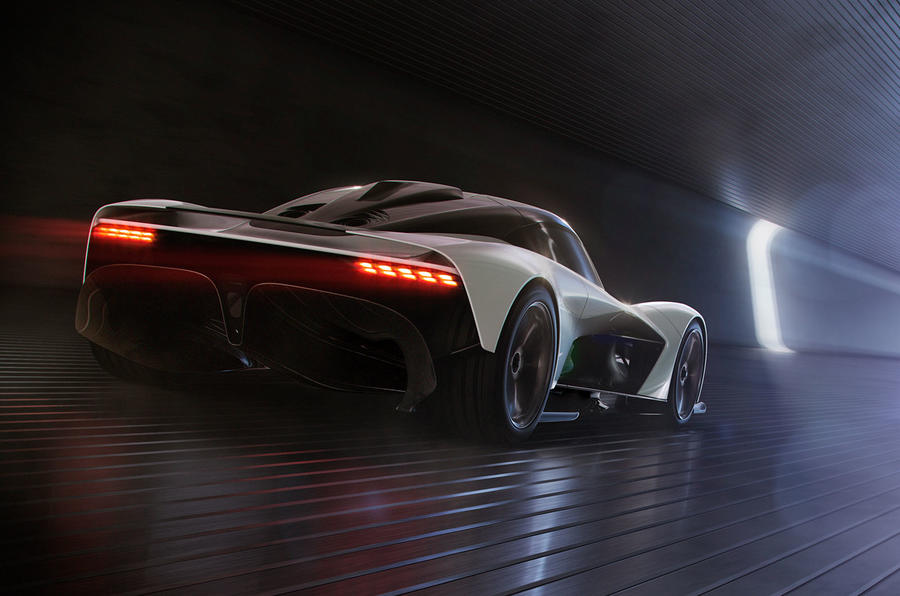 Development of the Valhalla is ongoing in Milton Keynes, where Aston has a team of 130 people based within the Red Bull Advanced Technologies campus. The site is the home of development for Aston’s mid-engined models.

Absolutely Hideous, where has

Didn't they write "Jump" and "hot for teacher"