Volkswagen has unveiled the new ID 6, a China-only large SUV with up to seven seats that will go on sale later this year, ahead of the Shanghai motor show.

The new machine is the largest production model yet from Volkswagen’s rapidly growing ID range of electric vehicles, which are all based on the firm’s MEB architecture, so it's positioned above the ID 4 SUV.

As a China-only model, the ID 6 is significant in showing both the versatility of the MEB platform for vehicles of different sizes and Volkswagen’s ability to use it to more cost-effectively produce a region-specific product.

The ID 6 will be offered in China in two different versions, with one built by each of the firm’s two largest joint ventures. SAIC-VW will produce the coupé-styled ID 6 Crozz at Anting near Shanghai, with FAW-VW producing the more rugged ID 6 X in Foshang in southern China. 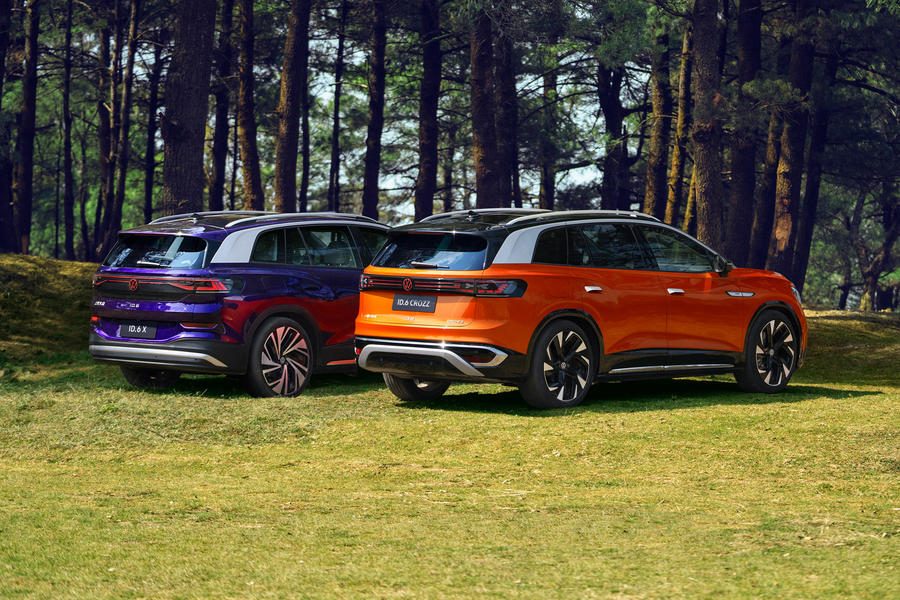 The ID 6 Crozz and X will be mechanically identical, with both offered with a choice of 58kWh or 77kWh batteries, offering a respective official range of 271 and 365 miles on the Chinese NEDC test cycle.

As standard, the ID 6 will provide rear-wheel drive using a single motor mounted on the back axle, with a choice of 177bhp or 201bhp. A 301bhp twin-motor all-wheel-drive powertrain, which will be seen in the UK on the forthcoming ID 4 GTX, will be offered with the larger battery. 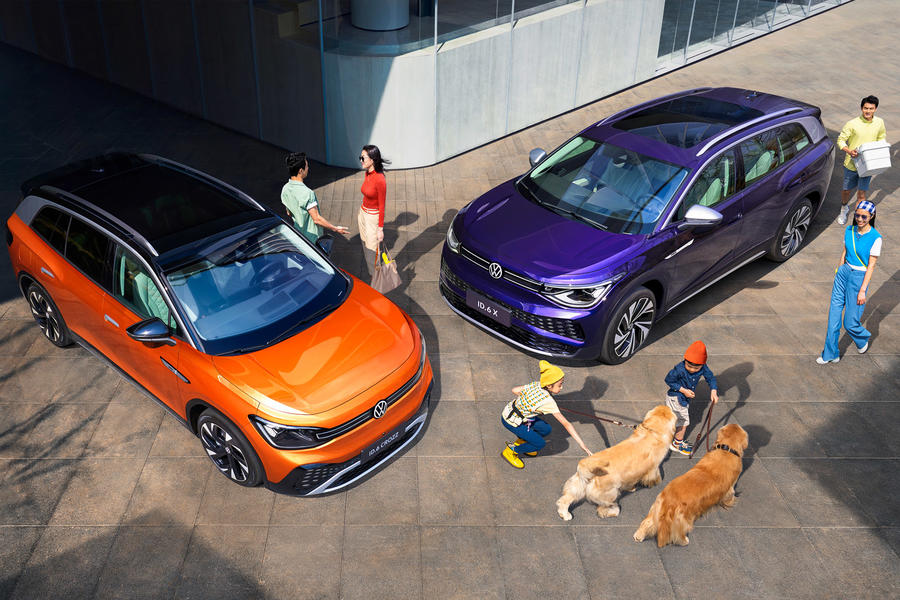 The extra interior space means the ID 6 is available with a third row of seats. A panoramic glass roof will feature, with an opening sliding roof  an option.

China is both Volkswagen’s largest market and the largest market for electric vehicles, making it crucial in the firm’s ambitious sales targets for its ID-branded EVs. Including the ID 4 and the two ID 6 variants, Volkswagen says it will offer eight ID models in China by 2023.

Poke fun if you want, but that much space would sell here too. VW/Audi group would just struggle to fit it into their rest of market offering. If it sold for the China equivelent price here it would destroy the market for ID4 and its Audi / Seat / Skoda siblings. I'll bet Skoda is itching to release a cheap version here though. Ideal for families with pushchairs, baby seats and other stuff to use. Maybe not the market for timed laps round the Ring of course. Sensible. Something has to be.

Dull as ditchwater, about as much visual pizazz as a cupboard on wheels.

Fridge time, mmmmm, mmmm, yep, as interesting as the white good in your House, it's another SUV.