BACK TO ALL NEWS
Currently reading: New 2021 Hyundai Tucson seen with exterior overhaul
UP NEXT
2025 Volkswagen ID 1 is Spanish-built, £17,000 entry EV

Hyundai will move its popular Tucson SUV to a new generation in 2021, and new spy images give us a good look at its exterior design.

Although covered with the usual prototype camouflage, we can now see the Nissan Qashqai rival's design in greater detail, revealing it shares little with today's model.

With a totally new profile and lines, the new model will be one of the first new Hyundais with extensive input from chief designer Luc Donckerwolke, who replaced Peter Schreyer in 2018. We can see he hasn't wasted time putting his stamp on the model, choosing to start afresh rather than gradually transfer to his design approach. Previous shots have shown Tucson prototypes sporting a similar grille design to that of the Nexo. 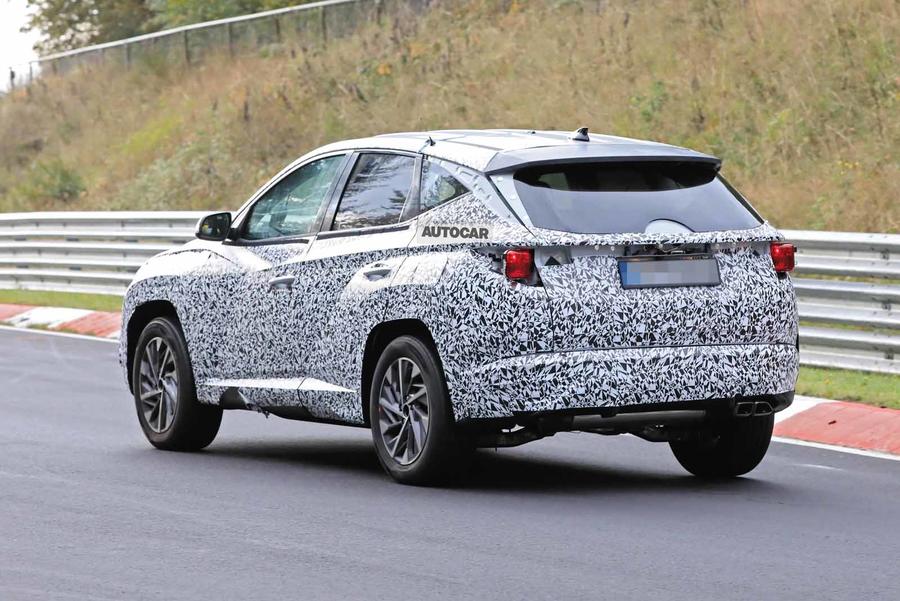 Details of the new Tucson beyond its exterior styling remain under wraps. We're expecting a more extensive embracing of electrification for the new SUV, with a greater choice of mild hybrids alongside a potential plug-in variant. Hyundai is tipped to release a hot 'N' variant of the Tucson before 2021, but it's not clear whether this will be a run-out of the existing generation or one of the launch models for the new car.

The Tucson has been on sale in its current form, with minor updates, since 2015. Hyundai's mainstream product lifecycle is five to six years, so we could see a concept version of the new car next year before it goes on sale some time in 2021.