BACK TO ALL NEWS
Currently reading: New 2020 Toyota Yaris seen testing with mini-Corolla design
UP NEXT
How Max Chilton and the McMurtry Speirling conquered Goodwood

Peugeot 208 rival's body shape can be seen on new prototype, and it falls into line with family look
Open gallery
Close

Toyota will renew its ageing Toyota Yaris next year to bring the supermini into line with the rest of its range, and new Nürburgring spy shots give a revealing glimpse of the final design.

Sporting a similar attention-drawing 'disguise' as the recently launched Supra, the 2020 Yaris can be seen to adopt the wider, squatter stance of the latest Toyota Corolla.

Swollen wheel arches seem to give it much more visual aggression than the eight-year-old outgoing car, and the profile looks to be less top-heavy, too. That's a clear indication of the car's TNGA platform architecture - modular underpinnings that are also shared with the Corolla, Camry and Toyota C-HR. 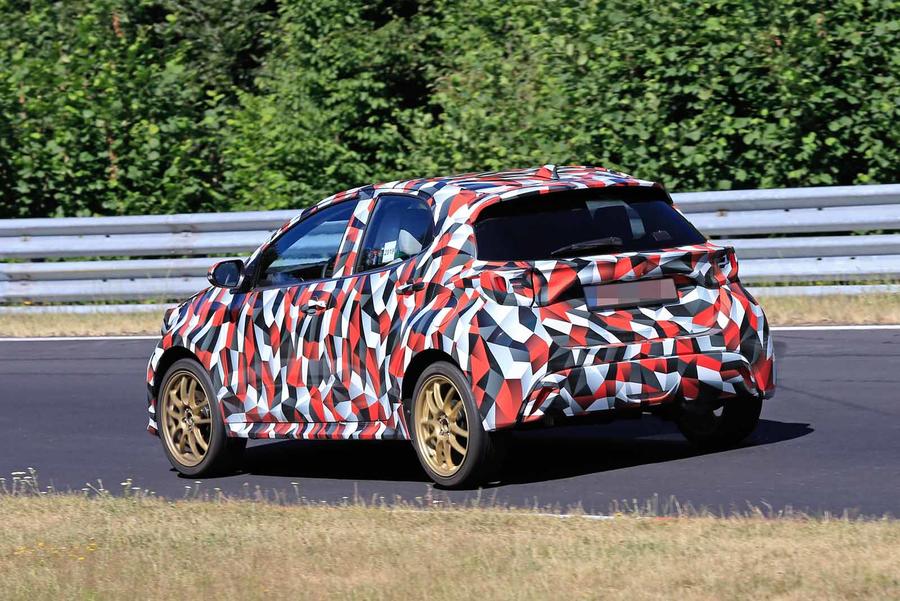 Another prototype with a different camo and wheel design was spotted at the 'Ring at the same time, suggesting the Japanese firm is trialling two different chassis set-ups. It is likely that the one in the red camo is a GR Sport variant, Toyota's new trim designation for models with a sportier tune to bridge the gap between mainstream variants and the full-fat GRMN flagship.

Also on test was a hybrid variant, determined because of the legally mandated yellow sticker that must be installed on all electrified test vehicles.

Toyota's UK sales are overwhelmingly biased towards hybrid models, so a petrol-electric variant should continue to be the volume seller. It's possible that the 2020 Yaris will also come with a straight petrol version, however, more suited to sporting variants. 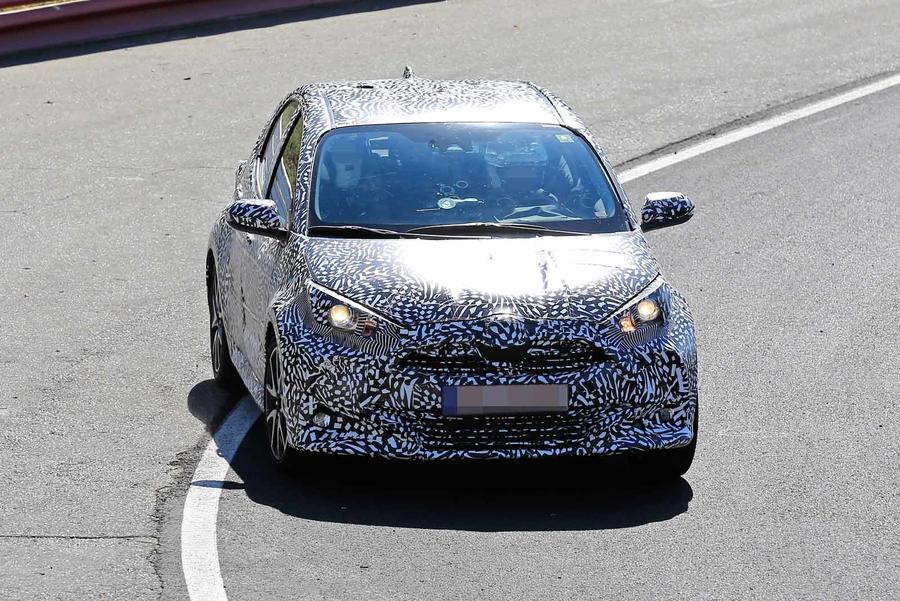 If the brand's latest range additions are anything to go by, expect significant dynamic improvements afforded by the TNGA platform, plus a big improvement in interior quality and technology.

Reports suggest this year's Tokyo motor show in October will be the location for a new Yaris's unveiling, although the Japanese domestic market version is expected to be different. The full European debut should be in early 2020, with sales to follow soon after.

... that itself is basically a rebadged version of the current Mazda 2.

I thought the silhouette looked familiar! I really dislike the bulbous, chunky, and curvy design of the U.S-spec Yaris.

Why are they testing it at the 'Ring? They should test it in Tesco car park and maybe some UK back roads.

Also needs testing at the local garden centre and 'Darby and Joan' club car parks, 20 minutes of reversing in and out of parking spaces is a test of any clutch.

This looks nice, now let’s hope they get the bits underneath right too.