Chassis no12 is finished in the same McLaren Rocket Red and Anniversary White colour scheme as the Marlboro-sponsored MP4/4 that propelled Senna to victory in the 1988 F1 season. 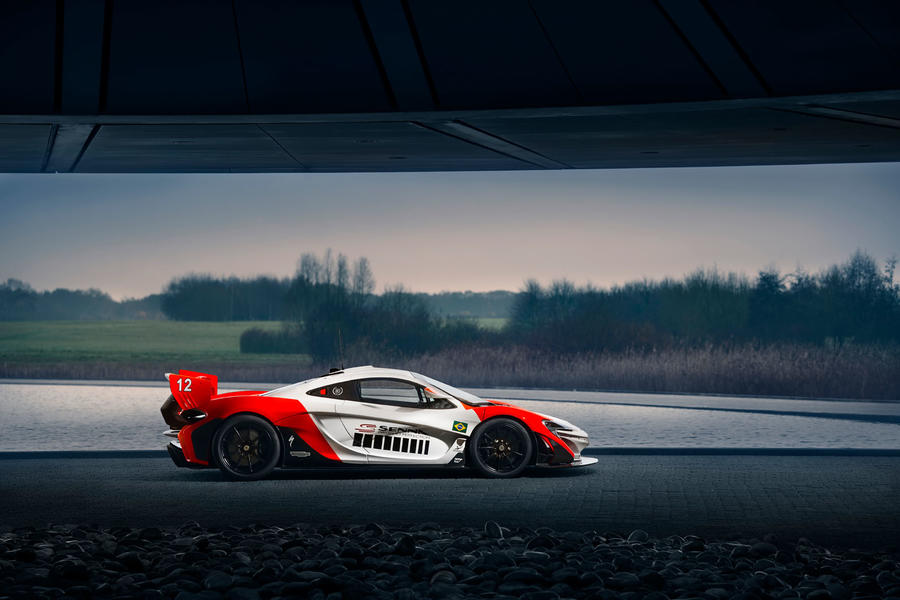 Commissioned by a McLaren collector and completed over a period of three years for an undisclosed price, the bespoke P1 features Senna branding on the air intake, front splitter and doors.

The visual enhancements carry over to the engine bay, which features a bespoke 24-carat gold heat shield and modified engine shrouds. The new owner describes a “suitably pleasing” increase in power as a result of the modifications. However, no official details of performance changes have been released. The standard P1 GTR delivers 968bhp and achieves a limited top speed of 217mph. 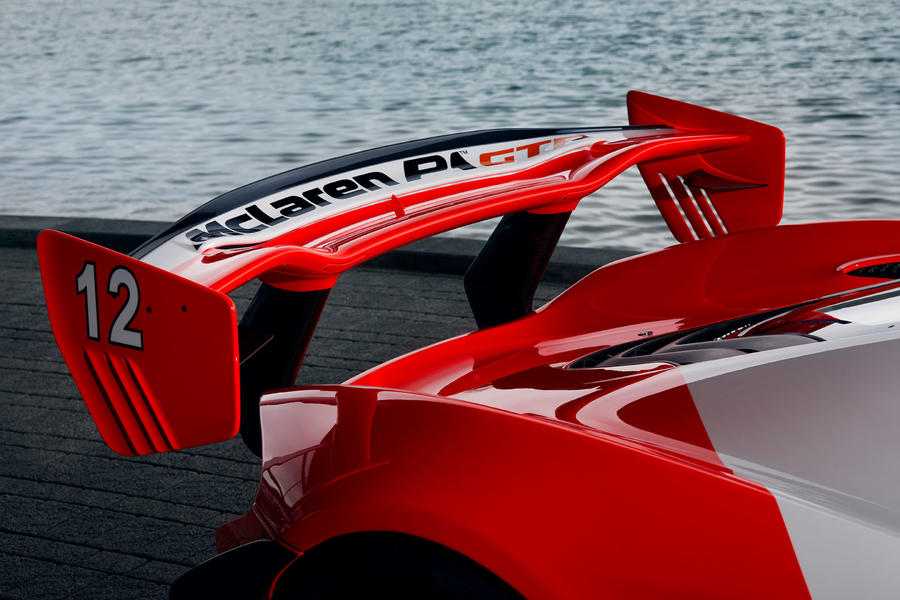 Aerodynamic modifications, including a redesigned front splitter and Gurney flap, are said to increase downforce from a peak of 600kg in race mode to roughly 800kg.

Inside, the P1’s Alcantara-trimmed steering wheel features stitching that has been matched to that of the MP4/4, while the standard P1 seats have been swapped for the lightweight racing seats found in McLaren’s Senna hypercar. 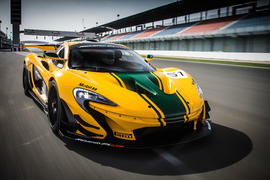 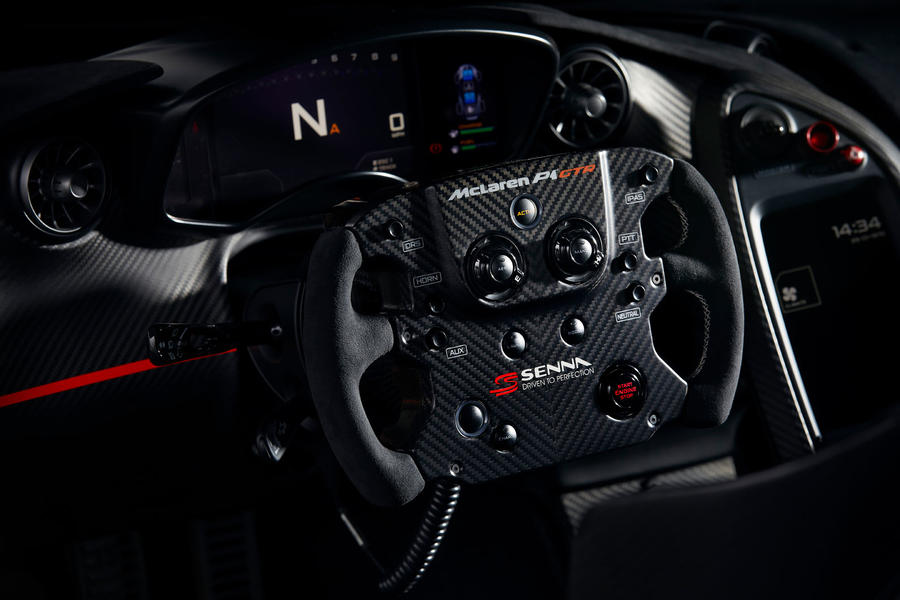 The car has been christened ‘Beco’ in reference to a nickname given to Ayrton Senna by his family and friends. The new owner will receive a racing helmet painted to match the bespoke model’s livery.

With MSO offering a wide range of unique enhancements and modifications to owners of new and existing McLaren models, the Senna-inspired GTR may not be the last P1-based special edition to leave Woking, although McLaren says it has no further plans to celebrate the 30th anniversary of Senna's first win.

....as this a homage to Senna nit-picking details are irrelevant.
Like Symanski however those colours remind the appalling illnesses and agonising deaths caused by tobacco and the fact that company still plough their dirty money into Ferrari F1 team, in another guise.
Stick to Gulf colours please!
Peter Cavellini 21 December 2018

....as this a homage to Senna nit-picking details are irrelevant. Like Symanski however those colours remind the appalling illnesses and agonising deaths caused by tobacco and the fact that company still plough their dirty money into Ferrari F1 team, in another guise. Stick to Gulf colours please!

Don’t you think the World has gone extremely PC these Days?,we jump on anything that’s not ok with us?

Not a PC issue.

Don’t you think the World has gone extremely PC these Days?,we jump on anything that’s not ok with us?

Nothing to do with PC.   This is a health isusse.   And how tobacco companies manipulate people to buy thier products.   I'm surprised you can't see the difference.

No Marlboro logos. No Shell logos. There are Pirelli logos, though, which is strange given that Senna's race car had Goodyear tyres on it. No doubt the P1 has Pirellis fitted, but those decals spoil the "authenticity" somewhat.

Colour scheme reminds me of...

That colour scheme reminds me of...

Others losing their legs with poor circulation.

And how badly smokers smell.