BACK TO ALL NEWS
Currently reading: McLaren MSO Carbon Series LT: exclusive pics of special-edition 675LT
UP NEXT
Two worlds collide: Porsche Taycan vs Alpina B3

This limited-run version of the 675LT gets 40% more carbonfibre parts than standard model; just 25 examples will be built
Open gallery
Close
Share story

New exclusive images of the McLaren 675LT MSO Carbon Series LT have revealed the McLaren Special Operations model in closer detail than ever.

The images have been released to Autocar ahead of first customer deliveries, which are due before the end of this year. 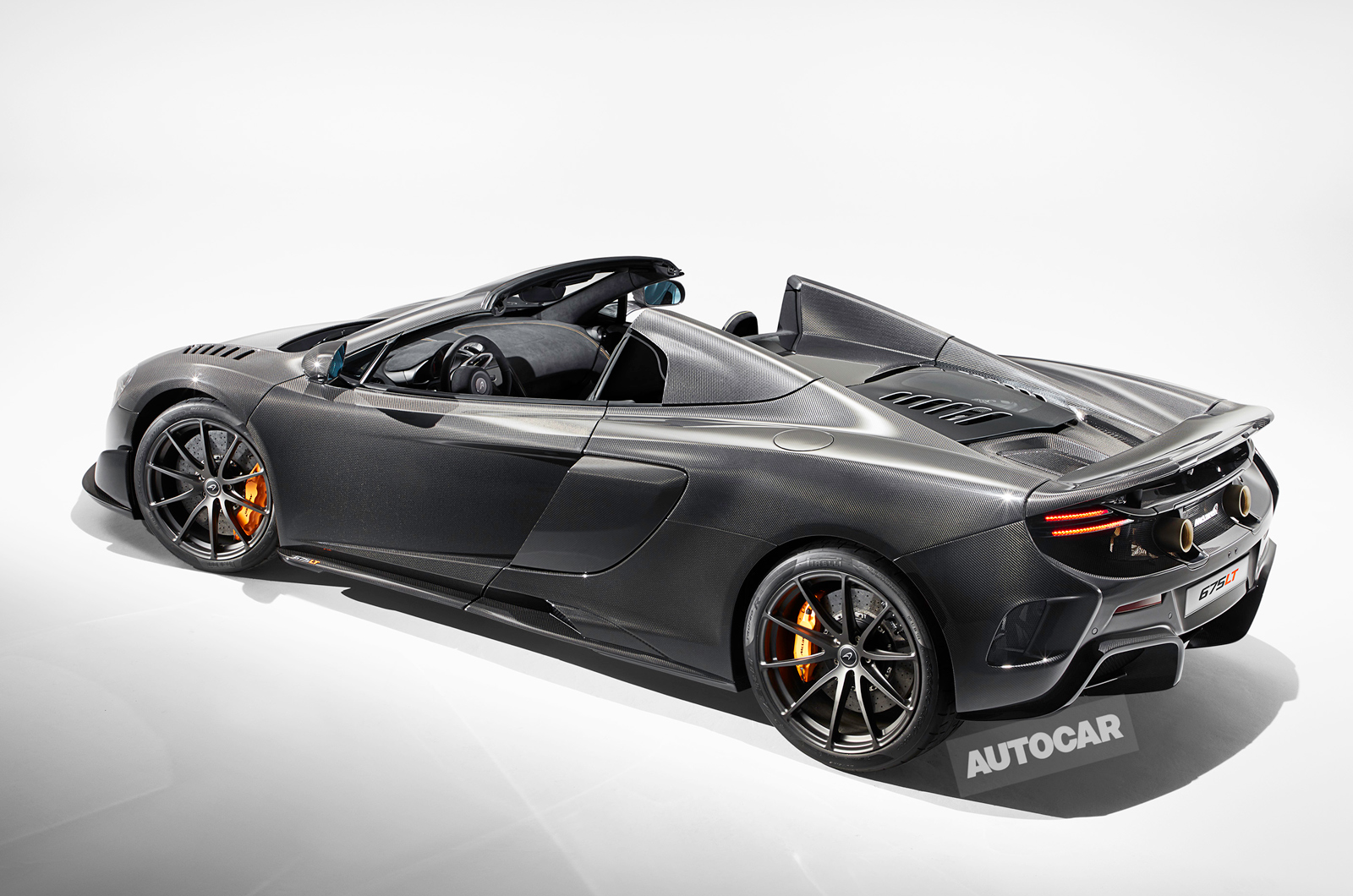 The model, which was originally revealed in June, is being produced in a run of 25 units, all of which have already been sold to customers. It was inspired by the carbonfibre-bodied P1 that made its debut at the 2016 Geneva motor show.

The 675LT MSO Carbon Series features around 40% more carbonfibre parts than the standard 675LT Spider on which it is based. All of the new carbonfibre pieces have been designed and fitted by the MSO team specifically for this model, so they can't be retrofitted to a regular model.

The car wears a gloss finish on its electrically retractable carbonfiber roof, A-pillars, bonnet and rear deck, side blades, front and rear wings and fuel filler flap. The front wings also feature functional louvres that are inspired by those on McLaren's GT3 racing cars. 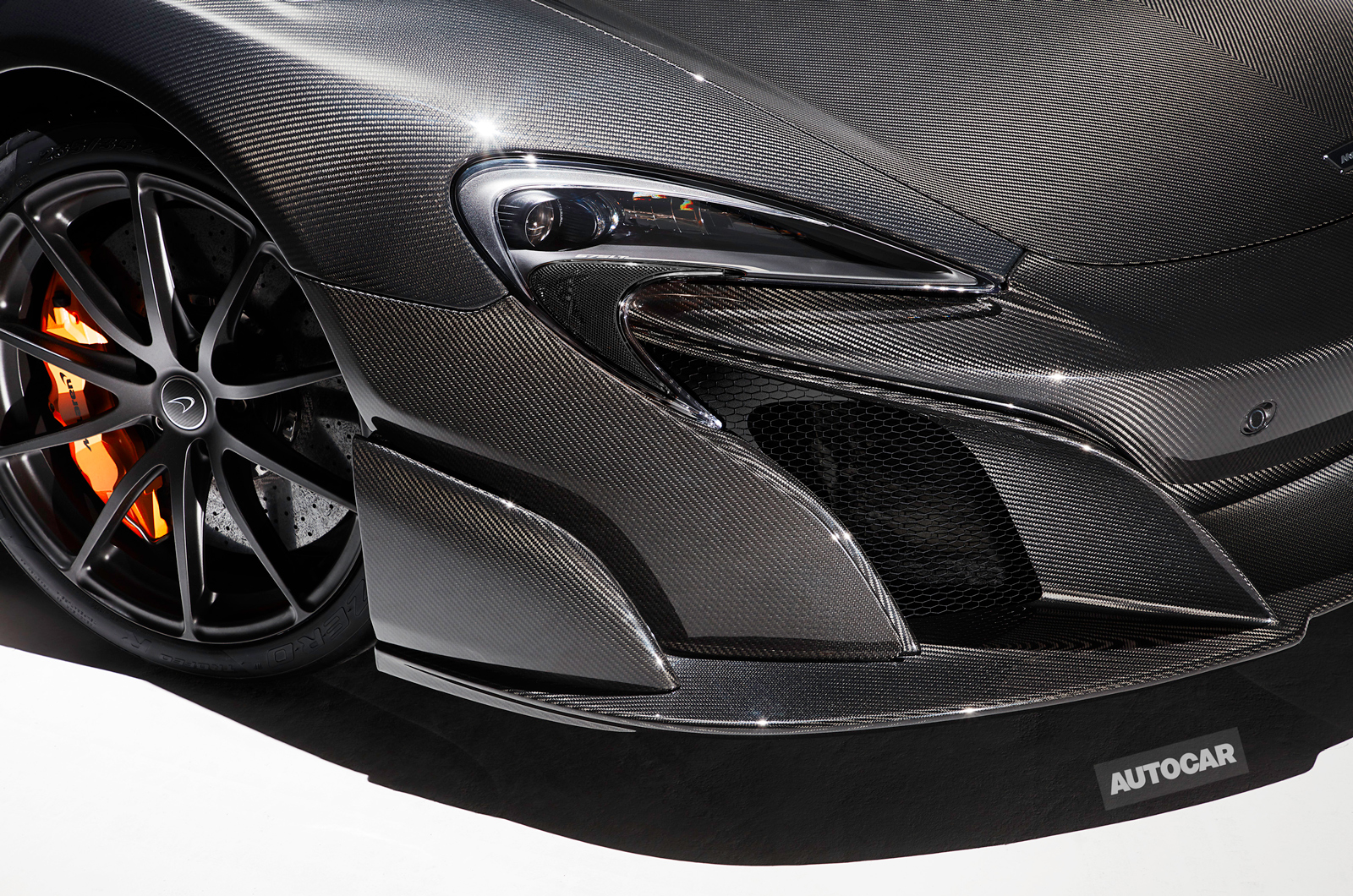 Like the 675LT, the Carbon Series gets a McLaren Track Telemetry pack as standard. It's powered by the same 3.8-litre twin-turbo V8 as the regular model, so it produces 666bhp and 516lb ft and is capable of powering the car from 0-62mph in 2.9sec and on to a top speed of 203mph.

The MSO Carbon Series LT is the third model to carry the 'LT' designation. The first was the 675LT coupé, which arrived last year as the first ‘Longtail’ in nearly 20 years. The 675LT Spider followed soon after that.