BACK TO ALL NEWS
Currently reading: McLaren 720S Spider revealed
UP NEXT
Ford Puma ST hybrid prototype spotted at the Nurburgring

McLaren has revealed its new 720S Spider, which it claims is the lightest of any open-top supercar on sale.

The 720S Spider, revealed tonight at McLaren’s annual Winter Ball, weighs just 49kg more than the McLaren 720S coupé on which it is based and, at a dry weight of 1332kg, is 88kg lighter than the 1420kg Ferrari 488 Spider, the class’s current champion lightweight. 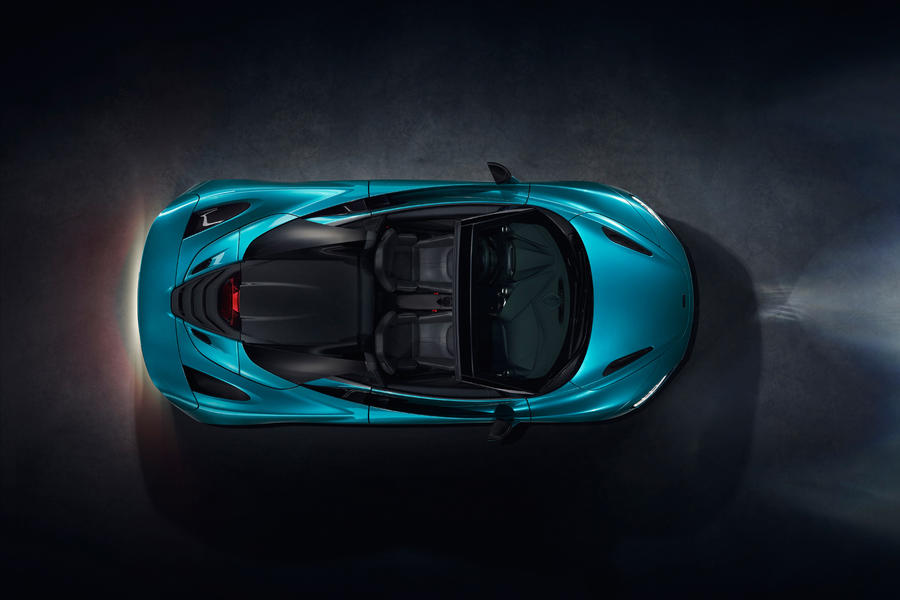 The 720S Spider uses a retractable hard-top roof, which is a completely new design over the previous 650S Spider. It is a single piece of carbonfibre, aimed at preserving as much of the coupé’s style as possible. The electrically driven mechanism raises and lowers the roof in just 11sec, a 6sec improvement over the 650S Spider. It can be operated at speeds of up to 31mph.

One feature that carries over from the 650S Spider is the small glass rear window, which can be lowered even with the roof up. This floods the cabin with noise from the V8 engine behind it.

Other new design touches on the 720S include the glazed flying buttresses, which also improves the car’s aerodynamics, along with a series of aerodynamic tweaks and optimisations at the rear of the car and underneath. The active rear spoiler also gets its own mapping that’s bespoke to the Spider.

Those glazed buttresses also allow for better rear visibility, and increase the amount of light coming into the car. 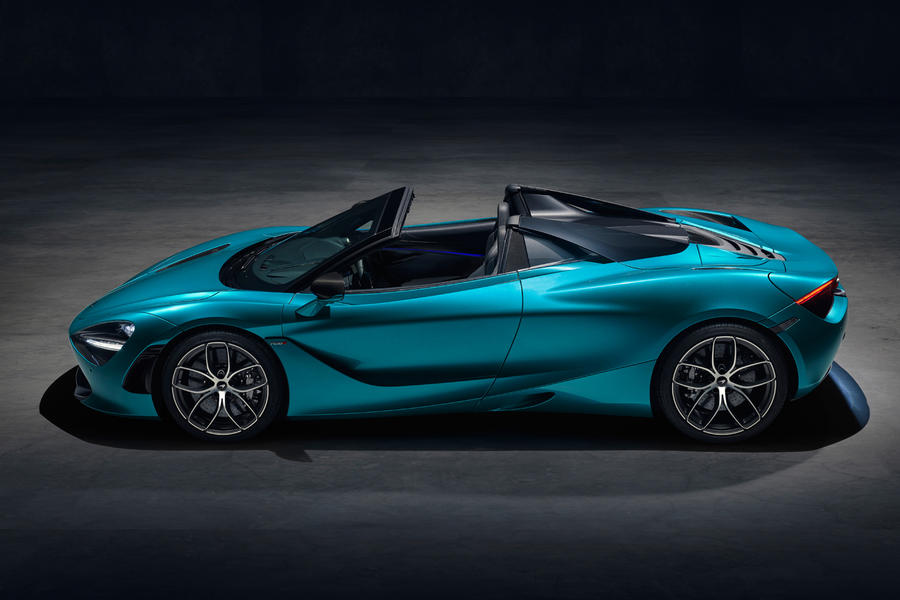 McLaren’s carbonfibre Monocage II-S structure includes roll-over protection, so no extra chassis strengthening is needed to turn the 720S from a coupé to a Spider. Of course, it does without the coupé’s central carbonfibre spine in the roof that allows for the dramatic dihedral doors, something the Spider forgoes.

The cabin of the 720S coupé carries over to the 720S Spider largely unchanged, as do the three driving modes – Comfort, Sport and Track – selectable for the hydraulic suspension system.

Another new touch for the 720S Spider is the design of 10-spoke alloy wheels, while two new colour choices are added to the palette of 23, along with the return of a shade of silver last offered on the 12C.

Love this design. The 720 has changed the game again!

Wow this looks amazing, one the the best styled cars on sale, would I have this over the Ferrari, helll yeah.

A very seductive shape and a

Rare in a contemporary car is that, in profile, all the articulation lines now work together as an ensemble.

Wish there were more pictures of the interior, which needs an injection of flair and imagination.