BACK TO ALL NEWS
Currently reading: Lotus Exige Sport 380 revealed
UP NEXT
Electrified car registrations overtook diesels in Europe for first time

The Lotus Exige Sport 380 has been revealed as the fastest, lightest and most powerful version of the Hethel's V6-powered sports car yet produced.

Based on last year's Exige Sport 350, the new Exige Sport 380 propels Lotus into supercar-baiting territory after the already potent model was given a significant overhaul.

In its lightest form the car weighs just 1066kg (25kg less than the lightest Exige Sport), can hit 60mph from rest in 3.5sec and reach a top speed of 178mph. The engine has been given a power boost to 375bhp, while a new aerodynamics package significantly improves downforce.

“This is Lotus at its absolute best,” Lotus boss Jean-Marc Gales told Autocar. “It’s a supercar killer, and for point-to-point pace it’s unbeatable. It’s the most advanced Exige to date. We don’t just want to add more power, we improve the aero and reduce the weight as well. 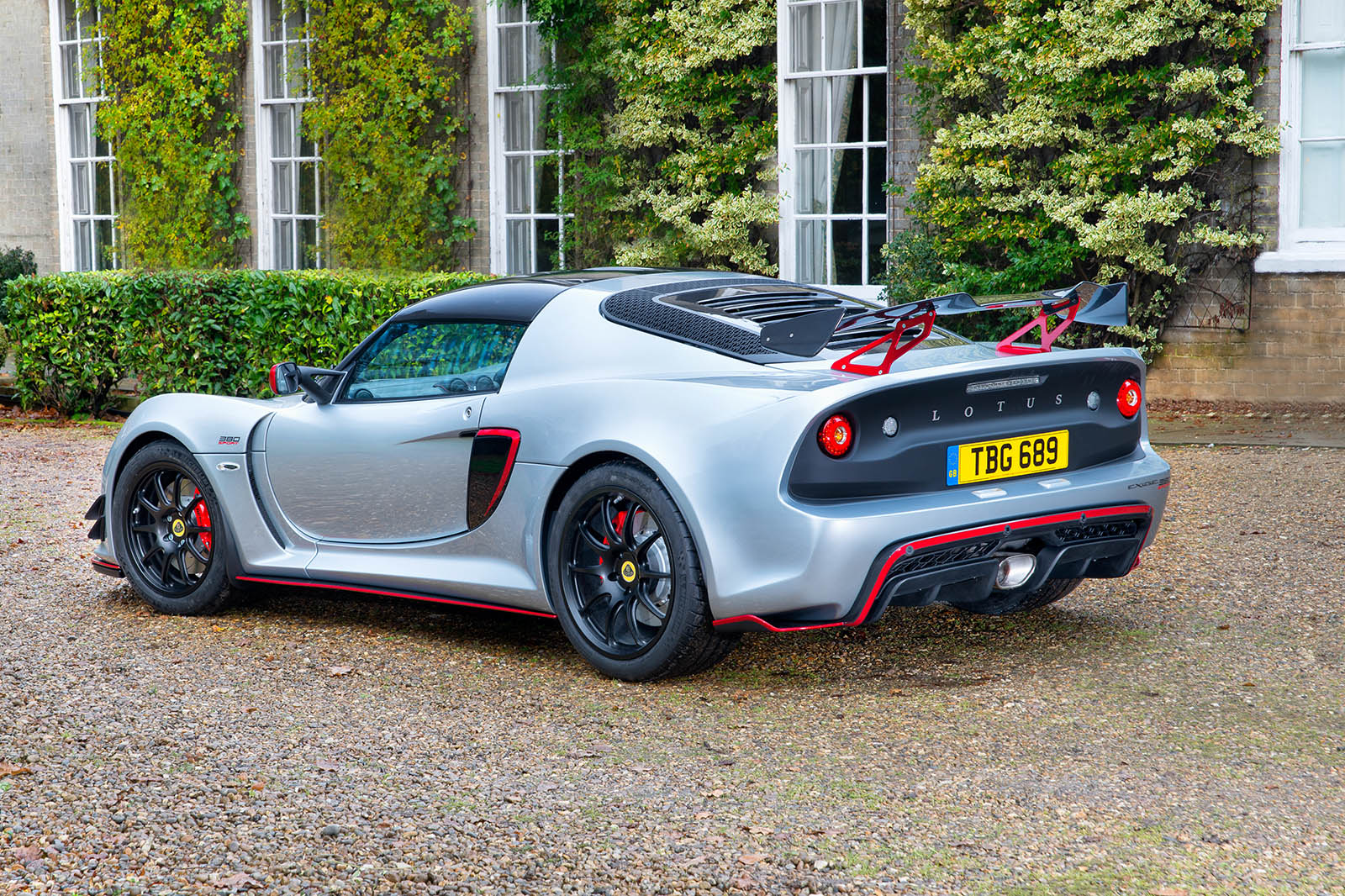 Despite the prodigious performance and track capability, Lotus says the Exige remains usable and compliant as a road car, with the quality of the fit and finish, build and attention to detail improved throughout.

The weight saving includes a new access panel, new rear light designs, new rear wing and diffuser (with airblades, a Lotus first), the lightest forged alloy wheels on the market, a polycarbonate rear window instead of glass, a lithium ion battery and carbonfibre sports seats, with the maximum weight saving coming from selecting further lightweight options such as the titanium exhaust and removable carbonfibre roof panel in place of the standard soft top.

The new aerodynamics package includes a new front splitter with lip spoiler, barge boards, a large fixed rear wing and the diffuser, along with various aero-improving flourishes on the rest of the body. A total of 140kg of downforce is achieved at maximum speed, representing a 60% improvement over the Exige Sport 350 but without increasing drag.

The chassis remains untouched but Lotus has fitted Michelin Pilot Sport Cup tyres to further improve grip. The tyres are 10mm wider at the front than on the Exige Sport 350, while high-performance brakes with grooved discs are sourced from AP Racing. 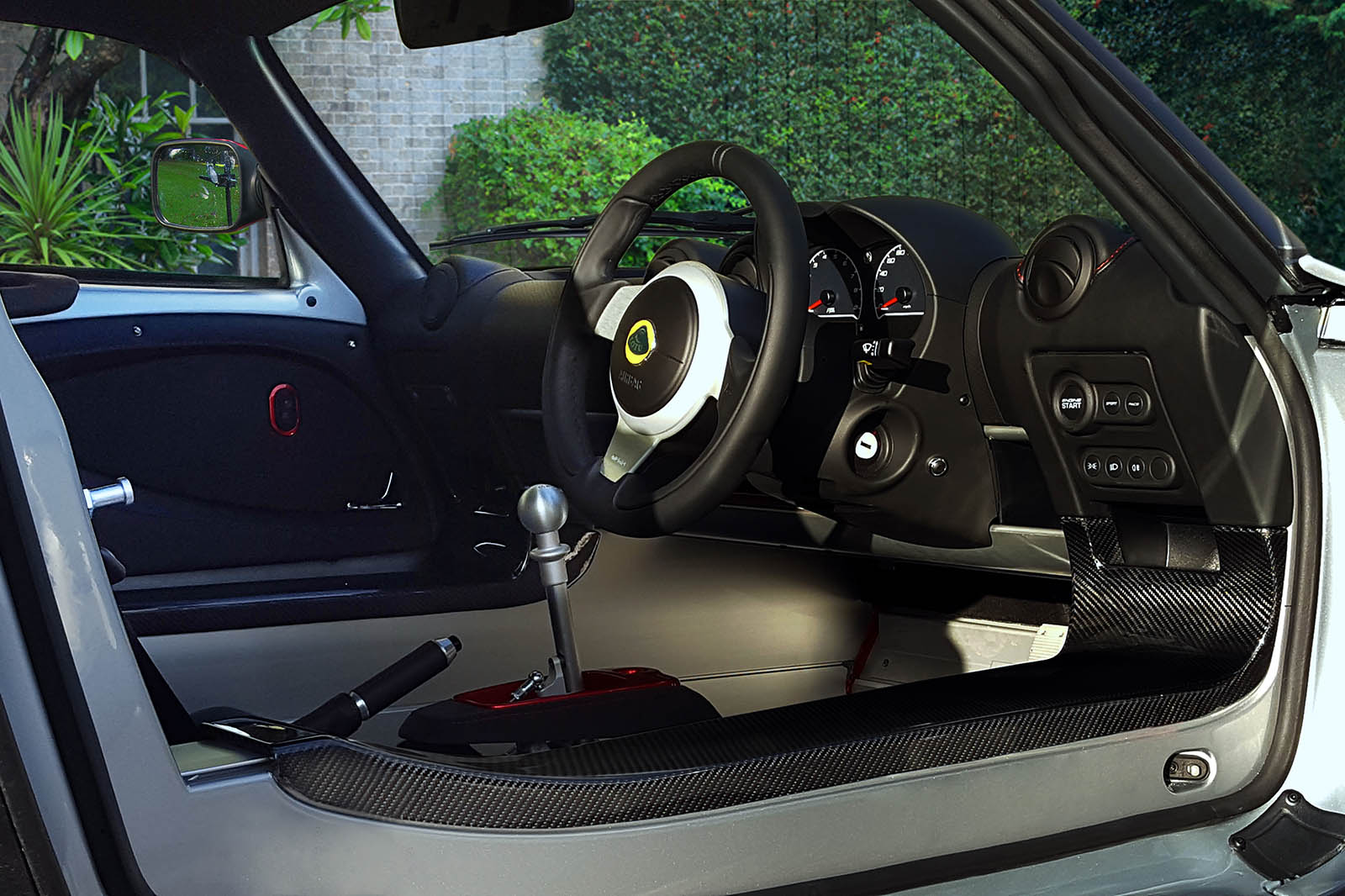 Lotus has improved access into the car by lowering the sills by 1cm. For the interior, where Alcantara trim is standard, Lotus has fitted a new infotainment system that includes Bluetooth - a first for the Exige.

For the drivetrain, Lotus has given the Toyota-sourced 3.5-litre V6 engine an extra 30bhp and 7lb ft over the Exige Sport 350, giving peak outputs of 375bhp and 302lb ft. More torque is now delivered higher up the rev range, allowing 178mph maximum speed to be achieved in sixth gear rather than the fifth, as in the Exige Sport 350.

A six-speed manual gearbox with an open gate design is standard, while an automatic version will arrive next spring, although take-up of that is expected to be small. The transmission is fitted with an oil cooler to allow for extended track use.

23 November 2016
wish it had even more horsepower though

I know it's a special car but

23 November 2016
it still cost a pretty penny. Ceramics not offered (decrease of important in many ways unsprung mass). Torque from compressor 3.5 6-cylinder is pretty low as well.

24 November 2016
"Lotus has improved access into the car by lowering the sills by 1cm."

That should make all the difference.