BACK TO ALL NEWS
Currently reading: 2020 Lotus Elise confirmed following return to profit
UP NEXT
Ford backs call for European ban on new ICE cars from 2035

Lotus Cars had a positive cash-flow for the first time in its history in August, and is now in a position to fund development of a new generation of products, starting with an all-new Elise in 2020.

Lotus boss Jean-Marc Gales initiated a turnaround plan when he joined the company two and a half years ago focused on improving the existing product range, cutting overheads, and making the company financially stable and self-sufficient, something it has never been able to say since 2000.

The improvement of existing products has resulted in significantly upgraded versions and derivatives of the Elise, Exige and Evora, including a launch in the US for the Evora in the summer, the early success of which has now pushed Lotus into the black.

Now Gales and the Lotus team have started development of a new range of models. Up first will be the new Elise in 2020 and its more focused Exige sibling soon after. A new version of the bonded and extruded aluminium chassis is being developed, with Gales confirming the model would grow only marginally in size and would remain under 1000kg. 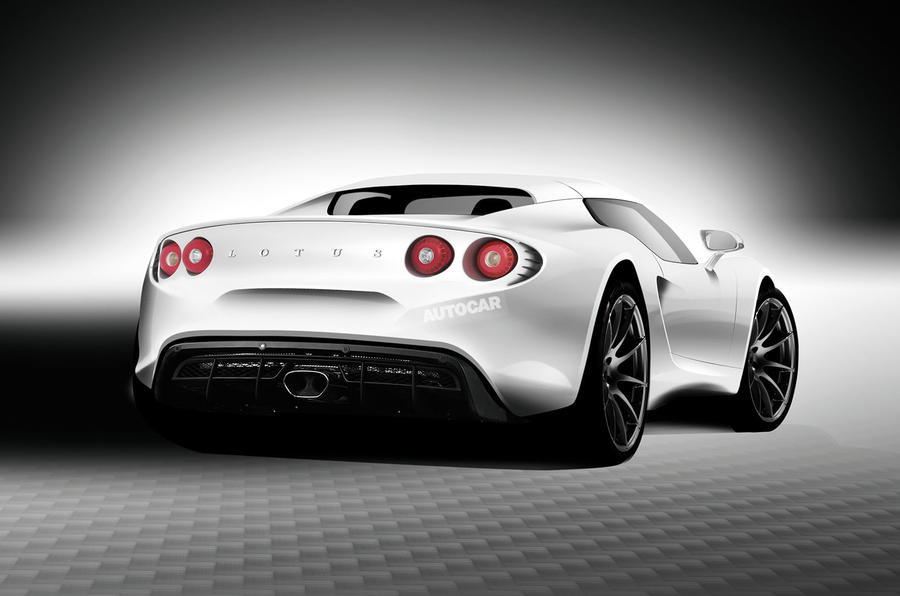 As with the Evora, it is being developed for the US market and its much stricter crash tests. Lotus offers the Evora for sale in the US without any safety concessions as it has been fully developed for the market, and is the smallest car maker to meet the crash test safety regulations there. It plans the same for the next Elise and Exige, and the sale of these models there should prove a further boost to Lotus’s fortunes.

Gales said Lotus was now operationally positive on sales of 1700-1800 models this year. Next year, 2000 sales are planned, 2500 the year after, and around 4000 when the next Elise and Exige are launched. An all-new Evora should follow, with some modularity to the other two sports cars, in 2022.

By then, Lotus would have taken the decision on a fourth model line: an SUV. Gales confirmed a prototype had been started, although a final decision on the design had yet to be taken. Should it make production, Gales said it could double or treble Lotus’s predicted 4000 unit annual sales volume at that point.

Before 2020, Gales will continue to develop the existing models, making them lighter all the time and improving the quality and performance at the same time, the Exige Sport 380 the latest example of this.

Up next will be an open-top version of the Evora, which Gales is promising isn’t simply an Evora without a roof and gets its own distinct design touches. This will be launched at the end of 2017.

"Lotus Cars had a positive cash-flow for the first time in its history in August, and is now in a position to fund development of a new generation of products, starting with an all-new Elise in 2020."

LAUGHABLE- Then I guess this headline from the London Times is false? (Which it isn't by the way!)

"Lotus pleads for cash after clocking up £41m loss"

Could someone please explain to me how that equation works out Jean Marc Gales?

How is a company profitable for the first time in history yet pleading for cash after "clocking up" a £41 million loss?

They still have remaining new car inventory sitting around in the United States (Their supposed largest market) and rest of the world from 2014! Anyone interested in purchasing a brand new 2014 -3 year old car for the un-incentivised price of MSRP? Evidently not so much!!

Such a pity that the Heritage of what was Lotus Cars is being decimated by a unscrupulous leader in Jean Marc Gales. Wouldn't touch a new Lotus with a Ten-Foot pole and apparently, I'm not the only one!

Where is DRB HI-COM's Datuk Seri Syed Faisal Albar Syed Ali Rethza Albar group chief executive officer overseeing this disaster? Does he have his head buried in the sand somewhere at the Proton Headquarters?

@ poon I find it amusing that

@ poon I find it amusing that you consider Lotus to have a kit car image. Are you not aware of the Lotus racing heritage ? the 7 world championships they won ? hardly the achievements of a kit car manufacturer is it
Les Albin 14 July 2017

Poon is really showing his age.  Most owners of new Lotus cars don't even know Lotus ever made kit cars.  I have been a member of the Houston Lotus club (Lotus Owners of South Texas) since 2005 and many of our members don't even recognize a 7 as a Lotus.  The "kit car" reputation is long dead.  The new cars have Toyota drivelines that are pretty much as reliable as any Camry.  My Elise has been my daily driver since 2005 and I have had no reason to think it is not practical for daily transportation.  The AC works even in Houston summer and I have taken it on road trips to Aspen, Colorado and St. Louis, Missouri.  My wifer prefers her SUV, but I like to be able to drive to the track, play with the big dogs, and drive home.

One wonders if Lotus plan to do an SUV in the same way that they did with the Vauxhall Carlton. That might make sense for both Lotus and the other manufacturer.
View all comments (13)