BACK TO ALL NEWS
Currently reading: Limited-run Hyundai i30 N Project C heading to Frankfurt
UP NEXT
Report: Rivian could build electric 4x4s in the UK

Set to make its debut next month, the Project C is lighter and harder than the standard i30 N – but not for UK sale
Share
Open gallery
Close
Share story

Hyundai has released details of a limited-run special i30 N ahead of a public unveiling at the Frankfurt motor show.

The i30 N Project C will be limited to a production run of 600 units, but none of those are currently expected to be offered in right-hand drive for UK customers.

It gets a number of revisions - apparently inspired by Hyundai’s high-performance testing facility at its base in Namyang, Korea - aimed at “further enhancing the driving thrills” of the standard hot hatch. 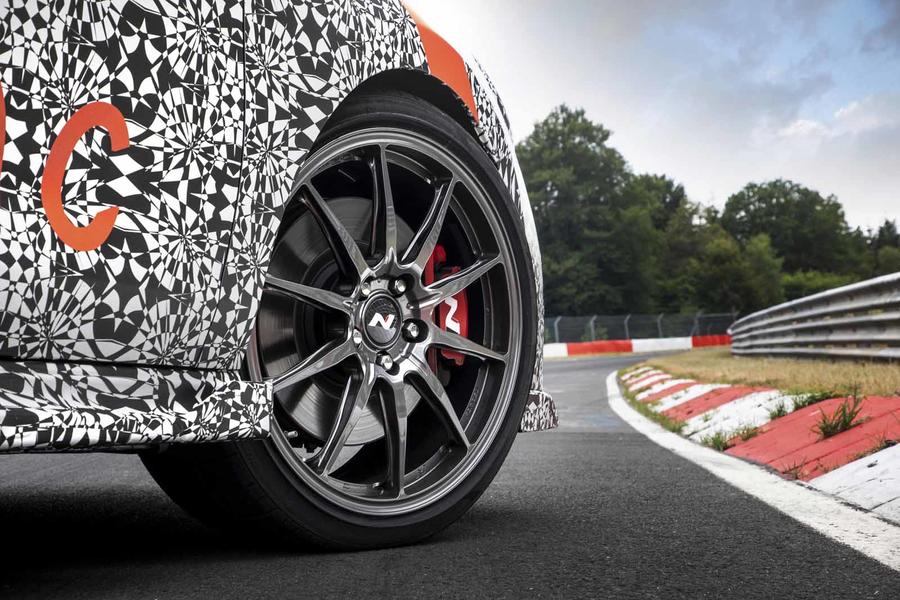 The manufacturer makes use of carbonfibre-reinforced plastic materials for the first time on one of its production models, although it’s not made clear on which parts of the car. Alongside this, race-spec alloy wheels aim to make the car “notably lighter” than standard (no weight figure is quoted) and “more responsive than ever”.

The suspension has also been lowered, again by an unspecified amount. “Dedicated aerodynamic touches" are described without any detail, too.

The i30 N Project C will be on display at the Frankfurt show alongside a new generation of Hyundai's i10 city car and a yet-to-be-revealed electric concept.

Hyundai N division 'halo' car could be AWD and hybrid

No right hand drive?, in that case in Dragons Den speak....I’m out!

No right hand drive?, in that case in Dragons Den speak....I’m out!

Out?. When have you ever posted about a car that you would actually buy, when all you find or manufacture are faults, so you can post and keep your pennies a long term prisoner.

I can like a Car if I want, what I object to is a limited run with no real serious mods that make a difference, and, if your doing this it should be in the West too.