The wraps were pulled off the 759bhp Lamborghini Centenario way back in March, but the car has only just made its dynamic debut on video.

Filmed running at the Nardò Technical Centre in Italy, this is the first time the car's 6.5-litre V12 can be (just about) heard at full pelt. Joining the Centenario on track are a trio of Aventadors, at least one of which appears to be an SV.

The Centenario is based on the Aventador’s platform, and is Lamborghini’s most potent production supercar ever. It has been created to celebrate 100 years since company founder Ferruccio Lamborghini was born. Just 40 examples will be built, and they’ll cost close to £1.64 million each.

The Centenario pushes the design of the already-striking Aventador to new levels of extreme. It flaunts sharply angled carbonfibre bodywork with deep air intakes and ducts carving across the body, and makes the hardcore Aventador SV look positively tame by comparison.

Lamborghini says that as eye-catching as the Centenario is, its design placed function ahead of form, with downforce a clear priority. Evidence for this comes with an ultra-low nose that houses wide-mouthed intakes and six vertical vanes. At the back, a massive rear diffuser uses six long vanes that stretch from the car’s underside up to its tail-lights. Lamborghini says so much air flows through the Centenario that it has, in effect, a ‘permeable’ body.

To adjust aero performance on the move, there’s also an active rear wing that extends to 150mm and rotates up to 15 degrees depending on the car’s driving mode. 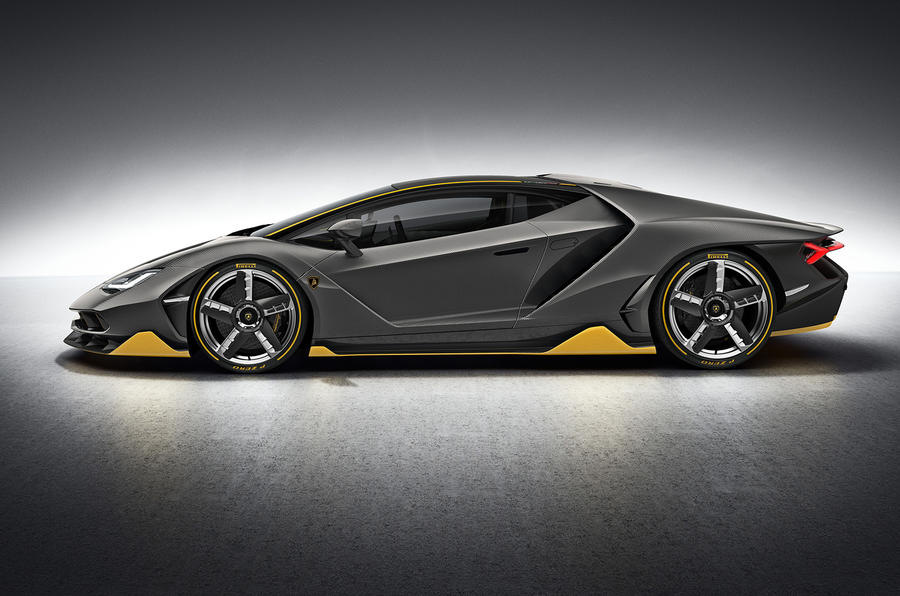 The Centenario has kept some Aventador features, however, with the long swooping roofline perhaps the clearest example. There are also headlights that resemble those of the Huracan and taillights that are clearly inspired by the Y-shaped units of the Asterion concept.

At the heart of the Centenario is the naturally aspirated 6.5-litre V12 from the Aventador. Power has been ramped up to 759bhp, 19bhp more than the Aventador SV, while maximum revs have been raised from 8350rpm to a spine-tingling 8600rpm. It’s Lamborghini’s most powerful production engine ever. This extra power gives the 1520kg car an impressive power-to-weight ratio of 499bhp/ton – 7bhp more than the SV.

Performance is, therefore, somewhat scintillating. The Centenario completes the 0-62mph sprint in 2.8sec, and reaches 186mph in just 23.5sec – 0.5sec faster than the Aventador SV. Top speed is claimed to be more than 217mph.

Make no mistake, this lighter, harder Superveloce is finally the car the Aventador was always meant to be

Stopping power is provided by carbon-ceramic brakes, which Lamborghini claims can bring the Centenario to a halt from 186mph in just 290 metres. They’re located behind a set of forged and milled aluminium wheels wrapped in Pirelli P Zero rubber. The front wheels are 20 inches in diameter, and the rears 21 inches. 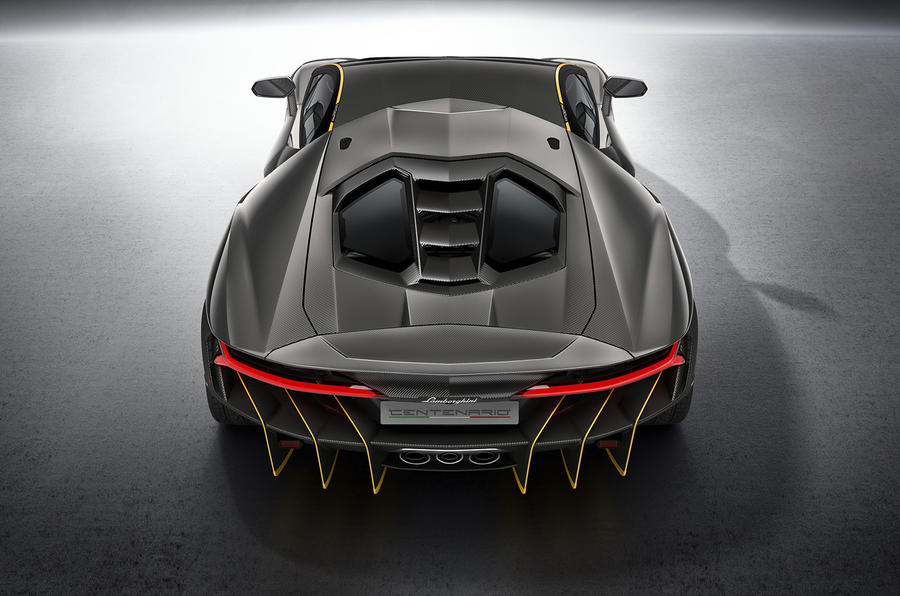 The Centenario also makes use of Lamborghini’s latest four-wheel-steering system.

The cabin features panels wrapped in carbonfibre and Alcantara, and a pair of carbonfibre seats. A 10.1in touchscreen dominates the centre console, and features Apple CarPlay as standard. The infotainment system is connected to the internet, so passengers can use social media and email, as well listen to internet radio.

For buyers hoping to venture on track, the system incorporates sophisticated telemetry software, which can record speeds, times and G forces, while two interior cameras can record the overall experience. There’s also space for two helmets in the back.

All of the 20 coupé versions and 20 roadsters have already been sold, and it’s unlikely no two will be the same because the buyers will be able to extensively customise their cars using Lamborghini’s Ad Personam personalisation programme. 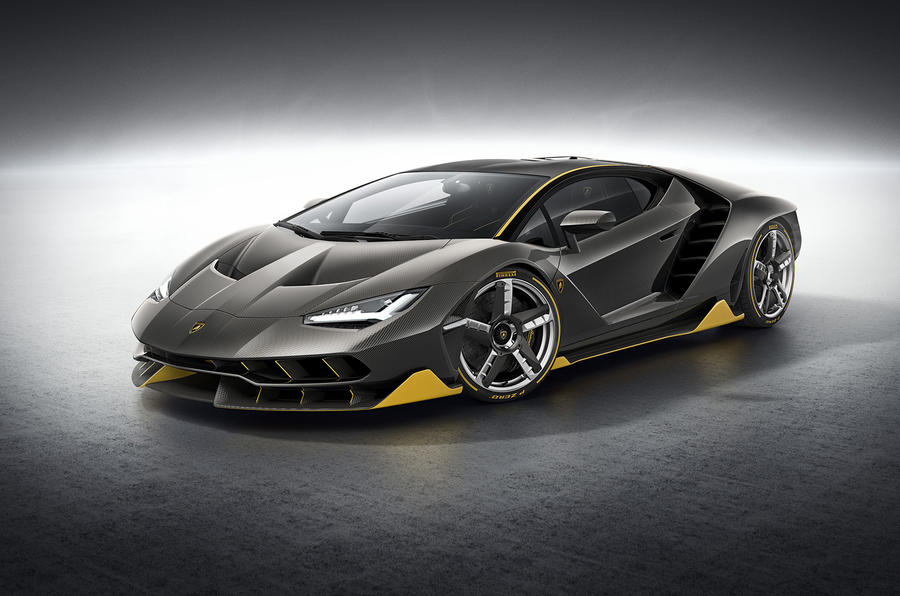 Lamborghini CEO Stephan Winkelmann said of the new model: “The Centenario is a car that perfectly combines tradition and innovation. It’s an opportunity for our designers and engineers to transcend some of the constraints of series production to achieve an incomparable result.

“The car has immediately proven itself as a desirable collectors’ car, while demonstrating new Lamborghini technologies. It is the most fitting tribute to Ferruccio Lamborghini in his centenary year.”

Lamborghini says it likes to produce low-volume models such as the Centenario to explore design and technical possibilities. The Centenario joins the Reventón, Sesto Elemento, Aventador J and Veneno in this small line-up of sold-out limited-run cars.

I've seen some dubai's richest Kids drive Lambo like toys. They are really addicted to Lamborghinis. I like the way they show some stunts on Youtube.
Einarbb 5 March 2016

...of fixing the rear or front body panels, in case of even a minor traffic accident.
Peter Cavellini 2 March 2016

This is a Supercar!,only Lamborghini's make you go WOW!!!!,although the 488 might be Ferrari's tilt at a Lambo....?
View all comments (9)