BACK TO ALL NEWS
Currently reading: Kia Niro gains purpose-built taxi model for Korea
UP NEXT
How Max Chilton and the McMurtry Speirling conquered Goodwood

The Kia Niro now has a taxi variant, which kick-starts the firm’s move into the purpose-built vehicle (PBV) market.

Called the Kia Niro Plus, the taxi is based on the first-generation Kia Niro EV (formerly named the Kia e-Niro).

It's 10mm longer and 80mm taller than the standard Niro in a bid to increase interior space. Kia says much of the interior trim has been slimmed down, with thinner seats and door trims. Door reflectors and assist handles have also been added for improved safety and accessibility.

The driver gains an integrated, all-in-one display that, according to Kia, improves safety and convenience and removes the need for multiple devices and displays. On-screen information includes navigation, a digital tachograph, voice recognition and a taxi meter app.

Kia says it’s aiming to become a leader in the PBV market by 2030. The car maker’s first bespoke PBV is planned for introduction in 2025 and will be compatible with several different model shapes and sizes. 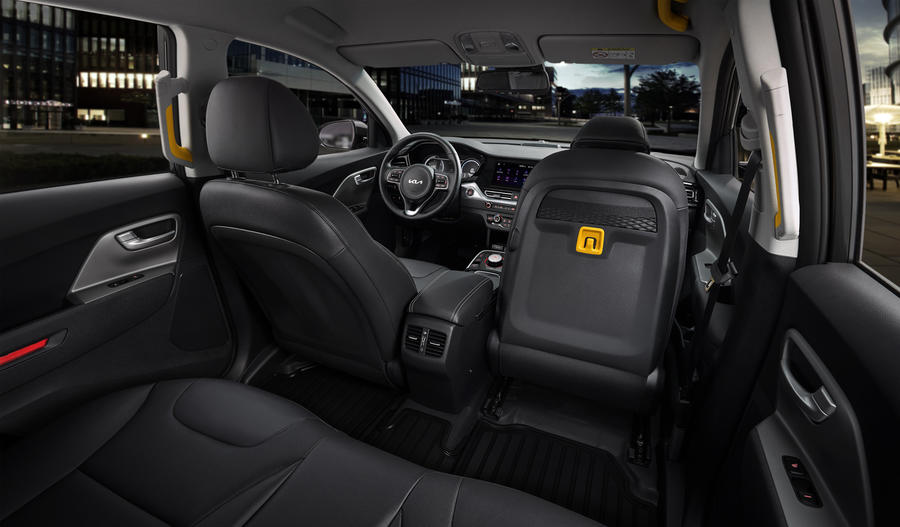 Sangdae Kim, boss of Kia’s eLCV business division, said: “Kia is transforming its business strategy to focus on popularising EVs, and introducing new mobility products that are tailored to the needs of users in markets around the world.

“The Niro Plus is our first step into the world of PBVs, a market that holds great potential for future development.”

There are currently no plans for the Niro Plus to come to either the UK or mainland Europe, although Kia says other markets are being considered.

A non-taxi version of the Niro Plus, used for business and recreational needs, will reach overseas markets later this year. Mild- and plug-in hybrid variants are also set to become available.