BACK TO ALL NEWS
Currently reading: Hyundai Kona: new £19,750 diesel variant added
UP NEXT
Citroen Ami finally confirmed for UK launch in 2022

Hyundai's assault on the fast-growing compact SUV segment has grown further with the introduction of a diesel variant of the Kona.

The entry-level car is priced from £16,450, while the new variant costs from £19,750. Its arrival means Hyundai's compact SUV, a rival to the Nissan Juke, now has a comprehensive range along with a fresh design.

The diesel car uses a 1.6 CRDi engine offering 113bhp or 134bhp, and drives the front wheels exclusively. The entry price is for entry-level SE cars, although the Kona, which shares a platform with sister firm Kia’s Stonic, comes in five trim levels: S, SE, Premium, Premium SE and Premium GT.

The Kona is also available with a choice of two turbocharged petrol engines: a 115bhp 1.0-litre three-cylinder unit and a 123bhp 1.6-litre four-cylinder unit. 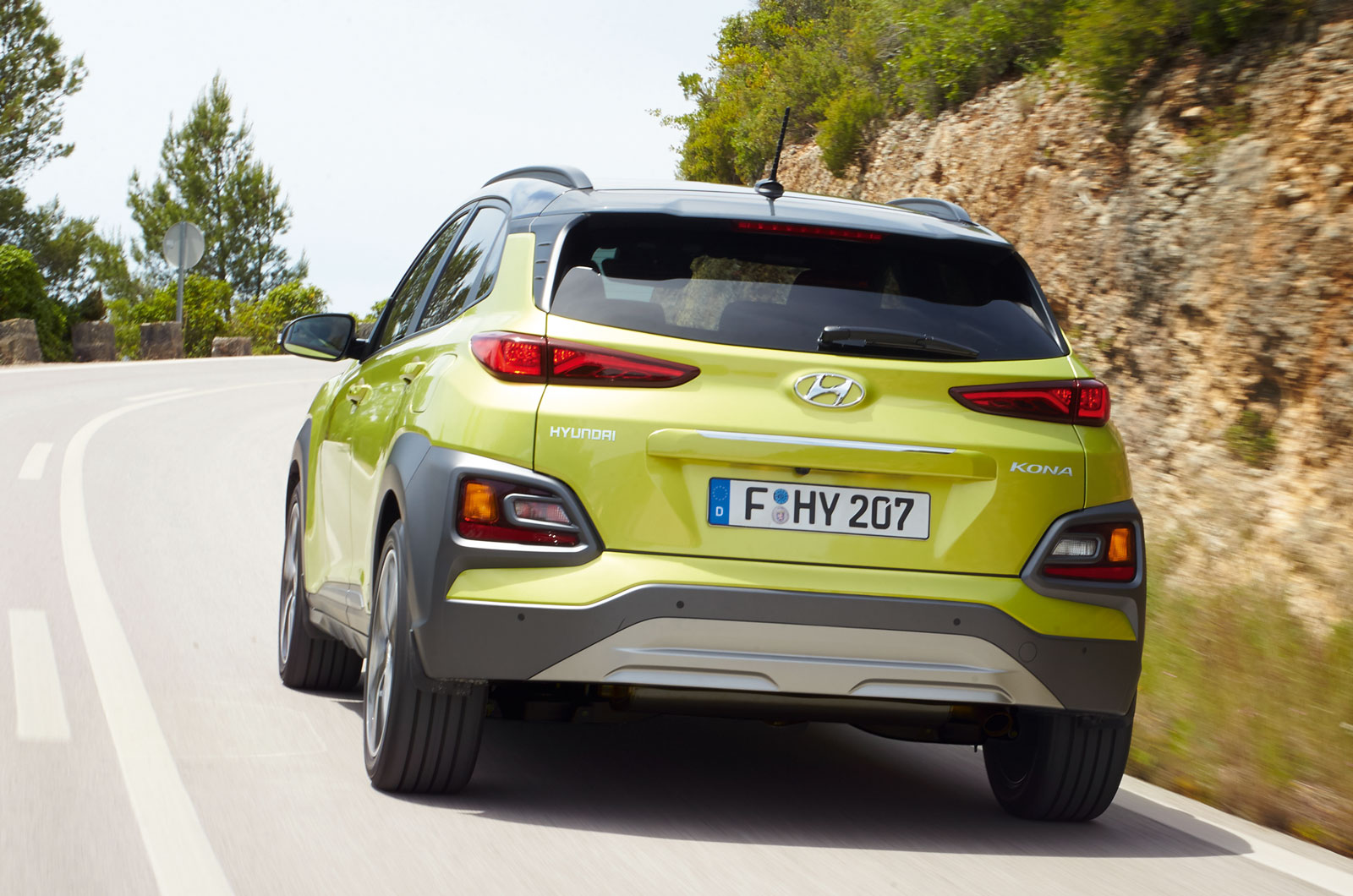 A six-speed manual and seven-speed dual-clutch automatic are available, as is all-wheel drive — although front-wheel drive is standard. When fitted with the seven-speed 'box, two driver modes are offered: Normal and Sport, the latter of which holds onto gears for longer between shifts.

There is also a fully electric version of the Kona that, when the UK Government's plug-in grant is applied, costs from £24,995.

In entry-level form, the Kona, which sits below the Santa Fe and Tucson in Hyundai’s SUV line-up, gets 16in alloy wheels, air conditioning and cruise control, as well as a 5.0in LCD display and a DAB radio. Higher-spec models get 17in or 18in wheels and an 8.0in touchscreen complete with satellite navigation — all of which are optional for cheaper models.

​In some markets, the Kona will also be offered with a 2.0-litre MPI Atkinson engine, although this won't be coming to Europe. 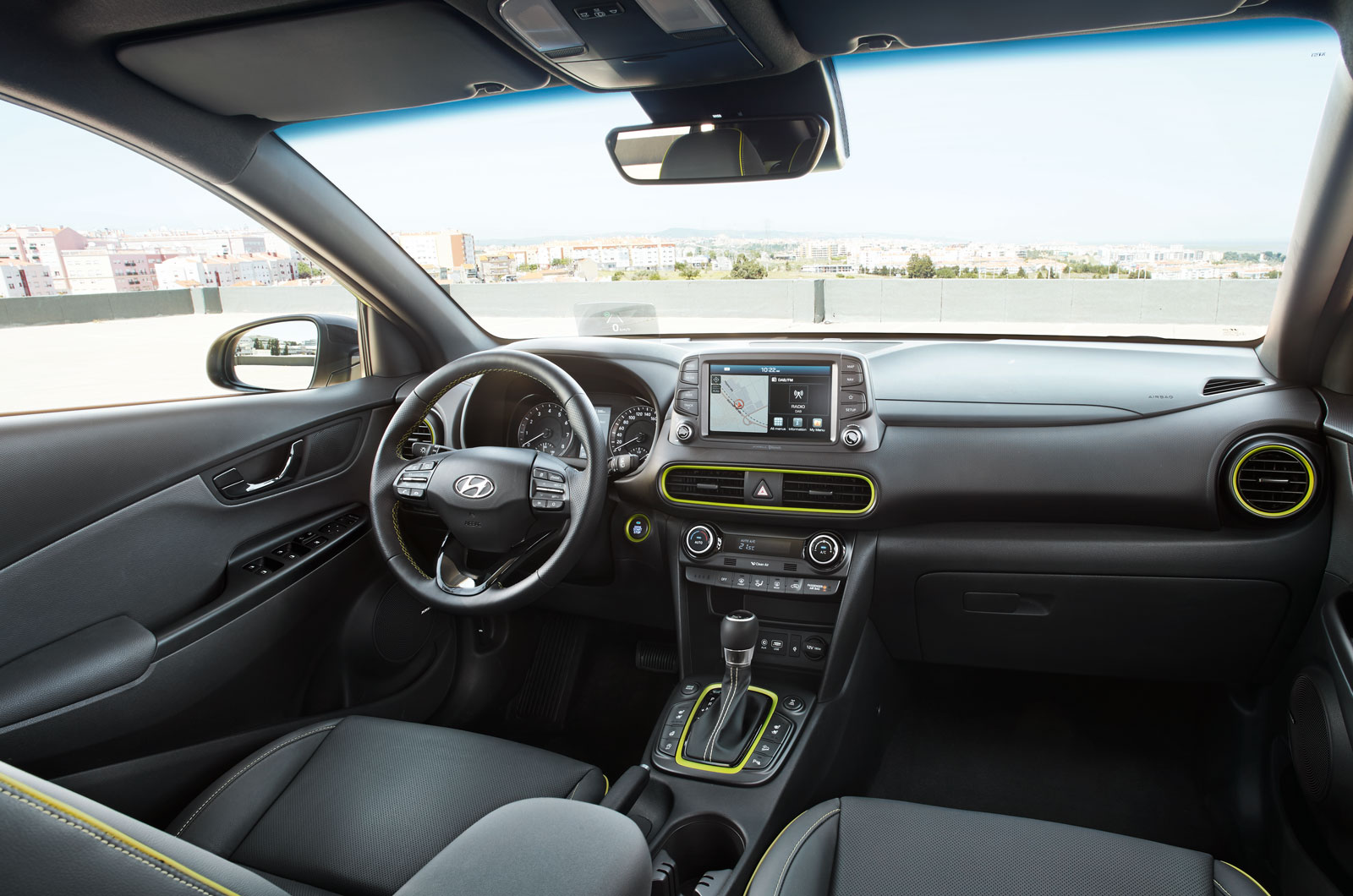 The Kona features a fresh design for Hyundai, with the adoption of the marque’s new 'cascading grille’ front. Hyundai says it is designed to merge high-tech looks with sophistication to appeal to millennial buyers. The styling was developed at Hyundai's Califonia facility.

Sangyup Lee, Hyundai's head of styling, said when the car was revealed late last year: “We wanted to create a character that was strong. As a design, creating an icon is a tough challenge. The overall first impression is about dynamic character.”

There are slim daytime LED running lights positioned above the main headlights — a design similar to that of the Juke. The rear of the Kona features wrap-around cladding that houses the indicator and reversing lights, slim LED rear lights and a spoiler with an integrated LED brake light.

There are large plastic areas — which Hyundai says are styled on "protective armour" — that extend over the wheel arches to hint at the Kona’s off-roading capabilities. Roof racks are available as an exterior option.

There are 10 colour options, with a two-tone roof adding more customisation.

Dimensions: sizing up the Hyundai Kona

The car has a ground clearance of 170mm to offer "a true SUV experience". It features an all-steel body. Hyundai’s designers have tried to give the Kona’s interior a premium feel with a clutter-free cabin.

In another Hyundai first, the Kona is available with a head-up display that the firm says has class-leading luminance.

In addition, the Kona is available with a number of active driver assistance systems. These include automatic emergency braking, lane-keeping assist, rear-cross traffic alert and blindspot detection. 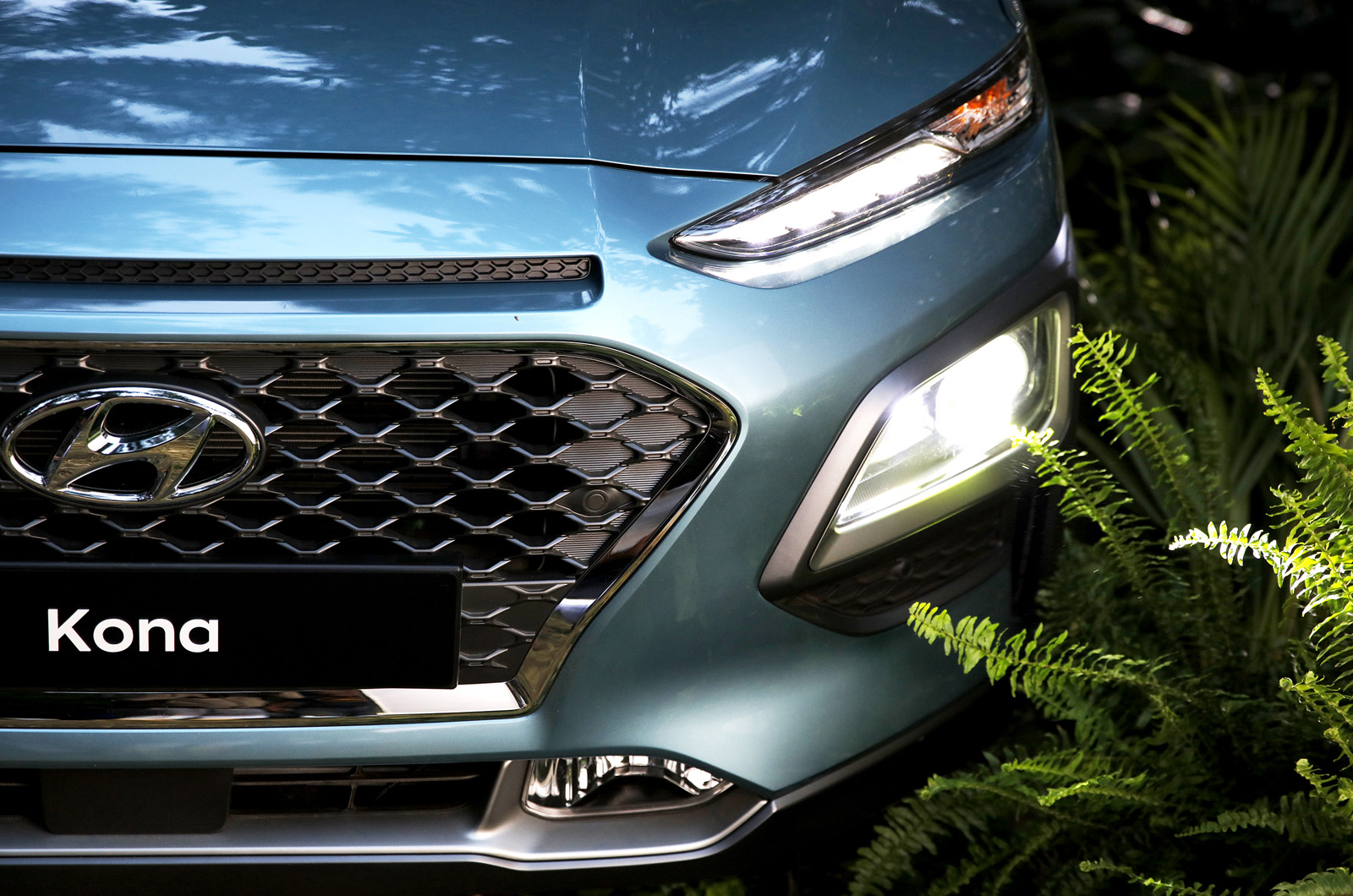 “The all-new Kona is not just another car among Hyundai Motor’s established SUV range — it is an important milestone on our journey to become Asian automotive brand number one in Europe by 2021,” said Thomas Schmid, Hyundai Europe’s chief operating officer.

“With its true SUV genes, a progressive design and premium features, Kona reflects the lifestyle of modern customers, enhancing the brand’s appeal and attracting new customers.”

Peter Schreyer, boss of design at Hyundai, said: "'We worked hard to embody an expressive spirit. It's untypical and unconventional. We've always wanted to do a compact car with emotion. It has the same affect as a strong espresso…"

Conceived as a global car, the Kona will be adjusted for each market. As well as different engine options, the ride, handling and suspension will be customised for various regions.

The Kona is named after a coastal region on Hawaii. It continues Hyundai's trend of naming crossover and SUV models after travel destinations, established by the Tucson and Santa Fe.

weird lights, strange mismatch of lines and materials, this is clearly the most faithful juke rival so far

Looks a good effort, style bit of everything but looks fine, like the sound of more powerful petrol no silly prices, well built and some nice style not withstandign the "bile" colour scheme. Sure to sell very well.

Has more than a whiff of Citroen with those headlights. Bit too OTT, wacky for the sake of it.
carmad 14 June 2017

Has more than a whiff of Citroen with those headlights. Bit too OTT, wacky for the sake of it.
View all comments (19)