BACK TO ALL NEWS
Currently reading: Hybrid Honda Jazz confirmed for 2020
UP NEXT
New Lotus electric sports car to use Britishvolt batteries

New supermini, the first in the maker’s European line-up to be offered only as a hybrid, to be revealed at Tokyo motor show
Open gallery
Close

The next-generation Honda Jazz will use the dual-motor hybrid system already seen in the brand's CR-V hybrid when it launches next year.

First reported by Autocar in March, Honda has now confirmed the Jazz's move to hybrid power.

To be unveiled at the Tokyo motor show in October, the top-selling Honda model in the UK is expected to be the first in the brand's line-up to only offer a hybrid powertrain. This follows Honda's announcement that all of its models in Europe will become hybrids by 2025.

Honda said: "Ahead of its 2025 electrification goal, Honda will expand the application of its i-MMD dual-motor hybrid system, with the introduction into smaller segment cars an important first step."

Currently, the only model it offers as a hybrid is the CR-V, which indirectly replaced a diesel variant of the compact SUV. Petrol variants are also sold. Honda UK has seen great success with the CR-V Hybrid, which accounts for 60% of the model’s sales. 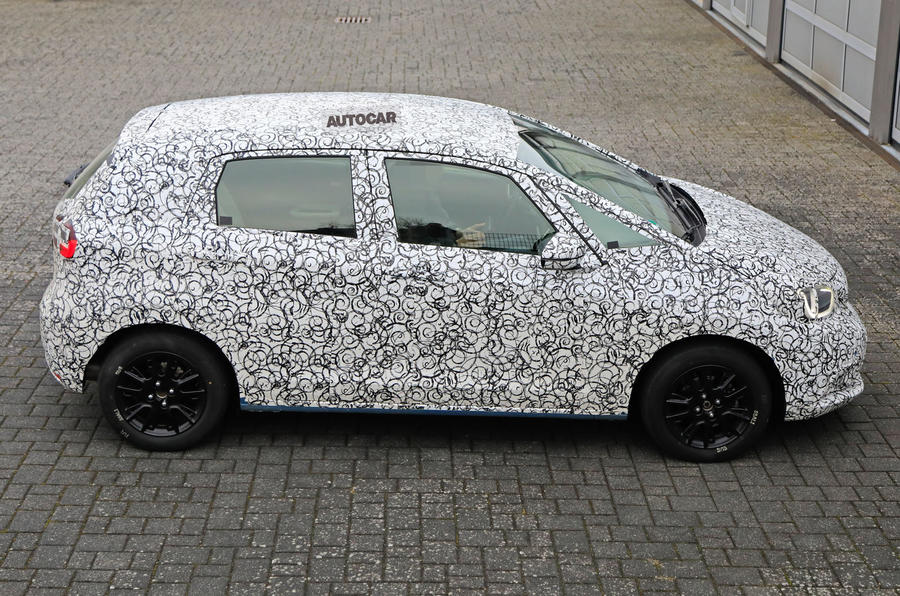 Following the launch of the hybrid Jazz in 2020, the next electrified model will be the Civic in 2021.

The CR-V Hybrid pairs two electric motors with a 2.0-litre petrol engine and a CVT transmission. However, given its smaller dimensions, the Jazz supermini will likely have a smaller combustion engine and less power.

The new Jazz must remain familiar enough to appeal to its loyal owners, of which there are many, typically older buyers, while also bringing in new people to Honda’s entry-level model.

The spy shots pictured here, which show the Peugeot 208 rival testing in disguise, hint at a minor evolution for the fourth-generation Jazz. The space-maximising upright profile and tall glasshouse remains, but with more curved lines and redesigned lights, bumpers and bonnet.

This could be good...

The Jazz has always been a favorite of europeans, I think that this one will hit the right place, we just have to wait until 2020.. Although, from my side I'm more interested in to the Hybrid or all-green Civic...

I will never buy another Honda

Not after their Swindon debacle.
Thekrankis 30 March 2019

I will never buy another Honda

Not after their Swindon debacle.
The Apprentice 30 March 2019

Not after their Swindon debacle.

I would, I have had both a Swindon and a Japanese built Honda. The Japanese one was indestructable and faultless from new to 115,000 miles as a Honda should be. Same can't be said for the Swindon special!