BACK TO ALL NEWS
Currently reading: Hot new Alpine electric cars to use Formula 1 aero and tech
UP NEXT
Gordon Murray Group expands to develop EVs for car makers

Alpine’s upcoming electric cars will draw heavily on engineering from its Formula 1 team as the marque seeks to optimise efficiency while reinforcing its enthusiast-targeted brand positioning.

Three all-new Alpine EVs will be launched over the next four years, meaning Dieppe requires expertise in electrified powertrain technology and, in order to maximise range, aerodynamics – which is in abundant supply at the UK-based race team.

“The A522 aerodynamics group at Enstone has just finished a particular project for Alpine road cars, and we’re about to embark on another,” Alpine F1 technical director Matt Harman told Autocar as the all-new ground-effects racer began testing.

“We’re linking those two [groups of] people together, both in physical testing and in computational fluid dynamics. It’s a really nice collaboration, and it’s good for the aerodynamicists, giving them another angle to look at, freshening their minds. They really enjoy working on those projects, so we will keep them going. In fact, we will probably expand more of our engineering expertise into the road cars.”

Autocar understands that the recently completed project was the Alpine version of the reborn Renault 5 supermini, expected to launch in 2024. 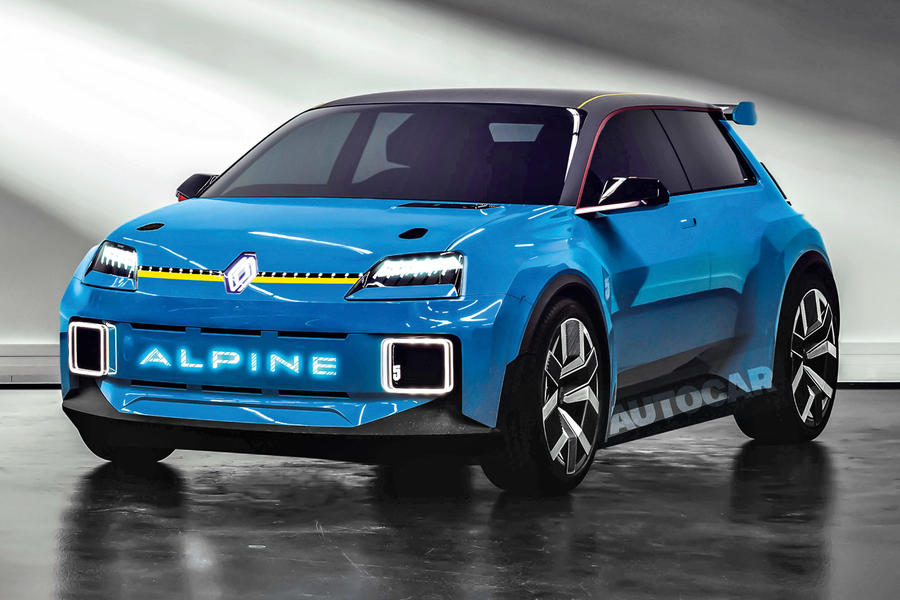 The next project is most likely a low-slung crossover, the Alpine GT X-Over, due in 2025, which will be followed by an A110 sports car replacement, developed with Lotus.

Alpine CEO Laurent Rossi told Autocar: “We want to ride the wave of F1. We’re really making technology transfer in the battery management system, because whether you have a hybrid in F1 or an electric car in the street, it’s really exactly the same today.

“It’s [about] when you can release electricity that you convert into instant torque; how much time can you do that around a track or along a road; how much of the battery charge you can recover; and how long you can make it last for range. All of this is the same. We transfer [learnings about] electricity from track to road and from road to track.

“Aero also becomes an element, because we can now announce range on a road car thanks to the aero. These are all important things we’re going to use for mass production.”

Harman concurred: “There’s a great deal of transfer, specifically in the motor generators; that’s the MGU-K in F1. The development and technology inside those units is improving massively.

“Also the battery technology and how we manage [the battery] thermally. We would all like to have EVs, but we worry a bit about the range of them generally, and range is only going to improve with that development.

“Those are the things you should watch on the car over the next couple of years. It’s going to be an area where we really push.”

Log in or register to post comments
Marc 31 March 2022
I think the wheels on the SUV are too small...

If they can make the 5 look anything like that render, and give it the same range/versatility of the ZOE then it'll be a huge hit.

The Alpine R5 is a smasher.

The SUV looks like a jacked up Jaguar F Type