The Google autonomous car project has transformed into its own company, named Waymo, which aims to bring self-driving vehicles to the fore
Share
Close
Share story

Google’s self-driving car project has been spun off into its own company, called Waymo.

The move, confirmed by Waymo’s boss John Krafcik, demonstrates Google’s advanced development of autonomous technology, despite previous reports alleging that the project had been canned.

The creation of Waymo suggests Google's parent company Alphabet is keen to monetise its research and development into autonomous driving, as rivals gather pace in a bid to be the first to launch production-ready self-driving vehicles.

While early reports suggested that Google would produce its own autonomous car, it now looks unlikely that this is the purpose of the newly formed company.

Instead, the potential areas of business for Waymo spread beyond providing the technology under license to the new car market. During the press conference confirming Waymo, Krafcik mentioned freight and the car sharing industry, as well as public transport, which includes new ride-hailing businesses such as Uber.

He said: "We can see our technology being useful in personal vehicles, ridesharing, logistics, or solving last mile problems for public transport. In the long term, self-driving technology could be useful in ways the world has yet to imagine, creating many new types of products, jobs, and services"

"It's an indication of the maturity of our technology," he added, outlining the company’s “confidence that we are close to bringing this to a lot of people”.

An early adopter of the technology is likely to be Fiat Chrysler Automobiles (FCA), which recently provided Waymo with 100 Chrysler Pacifica MPVs to its autonomous fleet, adding to its existing Pacifica test cars. It’s likely that one of these will be displayed at the CES show in January.

The name Waymo, according to Krafcik, comes from ‘way forward in mobility’, and the company’s aim is to eliminate the deaths caused on roads caused by drunk, tired or distracted driving.

The equivalent of 300 years or 2 million miles of tests has been carried out on Waymo’s self-driving prototypes, and in October 2015, Krafcik claimed, the world’s first fully self-driven car journey was undertaken by Waymo when the company was still in its ‘Google car’ stages. A blind man was the only passenger in the car.

“With fully self-driving technology, you’ll be able to get where you want to go at the push of a button—without the need for a person at the wheel” says Waymo’s website about its technology. 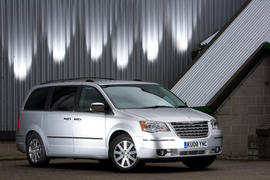 This suggests that at this stage, there is still the need for a steering wheel in the vehicles, but no need to use it. This is likely because legislation has only just started to catch up with the level of development demonstrated by companies working on autonomous vehicles.

No word has been given on when the business will be officially open to customers, but Waymo’s site states: “We plan to bring fully self-driving cars to the world soon.”

When Uber, Google & Amazon hook up

14 December 2016
The projects failing so Google are dropping their name from it. As to "there still needs to be a steering wheel for legal reasons" this translates into it can’t be done but we’ll blame legislation.
Expect full wind-down some time soon.

14 December 2016
How is the project failing? I really doubt that they will "wind down" this project, given that electric cars are the future. And didn't Michigan just just allow auto makers the right to test autonomous cars without a steering wheel

There are two ways to realize self-driving...