BACK TO ALL NEWS
Currently reading: Ford Focus RS gets 405bhp with Hennessey HPE400 kit
UP NEXT
Up and Atom: The Ariel innovators behind Britain's Best Driver's Car

The Ford Focus RS has been ramped up to produce 405bhp and 425lb ft of torque by American performance brand Hennessey.

The results boost power output of the car’s turbocharged 2.3-litre engine by 60bhp and torque by 101lb ft of torque. These headline figures also overtake those produced by Mountune’s Ford-approved upgrade kit by 35bhp and 49lb ft of torque.

Hennessey hasn’t released any performance figures for its upgrades yet, but given the large increase in output, HPE400-equipped RS’s should significantly trim the standard car’s 4.7sec 0-62mph time. It should also make the Focus RS a serious match for the more expensive Mercedes-AMG A45, which hits the mark in 4.2sec but costs £40,695 to buy. 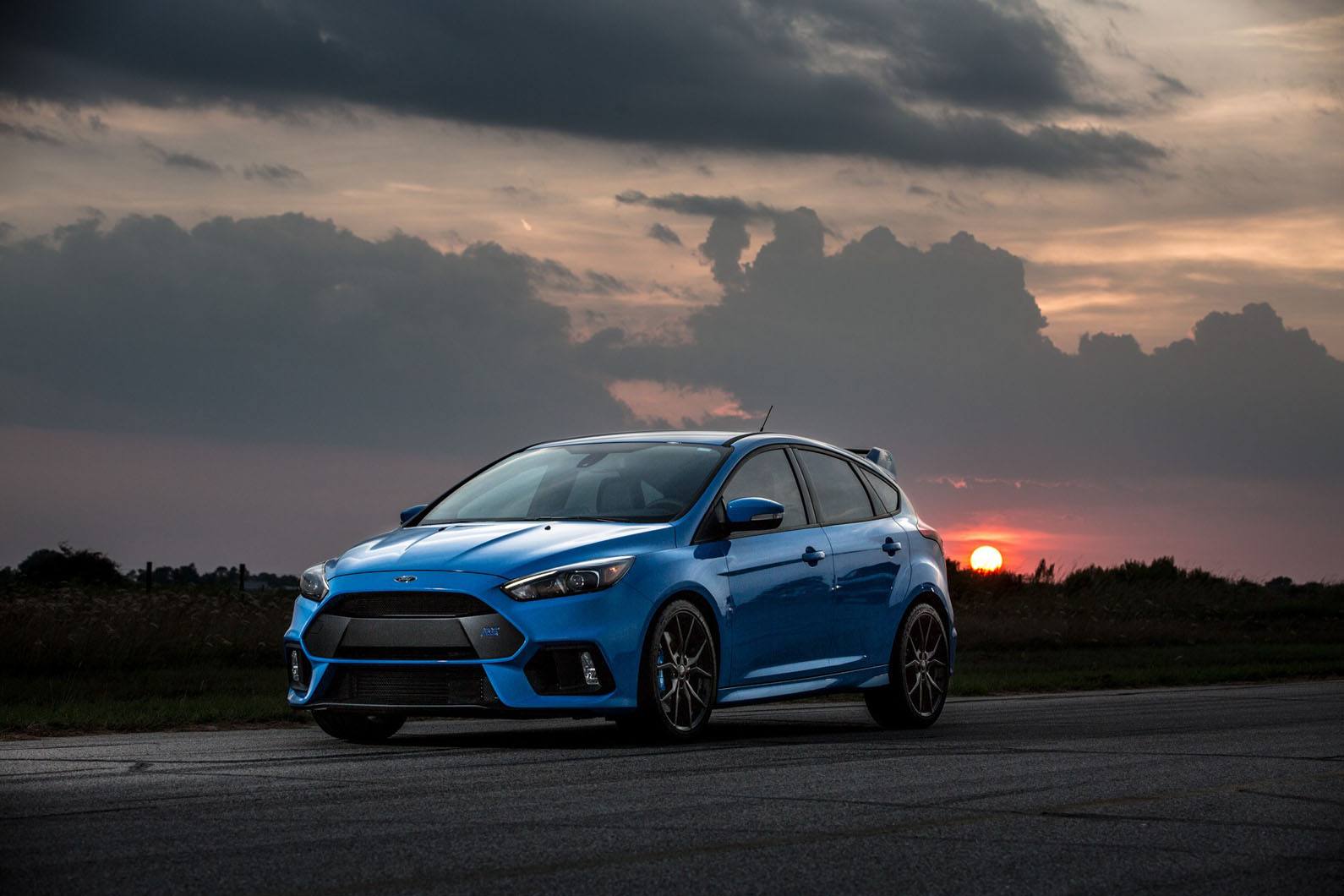 Admittedly, there's no word as to whether Hennessey's services will be officially launched in the UK at this stage. British buyers can, however, order the parts to be shipped here.

US buyers who spend $4995 (about £3766) can have the parts fitted by Hennessey and get their car rolling road-tuned to optimise software.

Hennessey will launch more upgrades for the Focus RS in due time, with new wheels and stickier tyres top of the list.

I've got a Focus RS on order but I do feel that I need to set the record straight on the price comparisons between the RS and the A45 AMG...

You an get a brand new A45 AMG from Maerc dealerships at a big discount. The best price I was offerred was a little under £35,000.

However for the Focus RS you cannot even get 1p off the price, and then there are a couple of fairly essential options you need to add to (Well I consider them essential, others may not). The result is that my Focus RS is costing about £34,500, give or take.

Also note that the A45 AMG get be taken to 425bhp with just a remap.

That said, all the reviews say that the Focus RS is the more fun and better handling car to have, which is why I've ordered one.

Too little too late?

405!?,i bet the after market tuners are already getting 100bhp+ more than this.

This is an aftermarket tuner.