Audi is nearing production readiness with its first electric SUV. We took a ride in a prototype e-tron to see how it compares with its plug-in rivals
Share
Open gallery
Close
Share story

The camouflage isn’t really fooling anyone. Indeed, Audi has actively courted people taking pictures of its new electrified SUV for social media, because the plug-in e-tron is a hugely significant model for the four-ringed brand.

Size-wise, the e-tron sits between Audi’s huge-selling Q5 and the Q7, it riding on a unique platform that’ll be used on future battery-electric models. Built in Belgium, at a dedicated Audi production line, the e-tron will be on sale in the UK early in 2019.

The 95kWh battery pack, in combination with a pair of motors with a combined output of 265kW, promises both good performance and range. The 0-62mph sprint should take under six seconds, and a top speed of around 124mph is achieved when switching to Sport via the automatic transmission selector, for maximum acceleration at a momentarily increased 300kW.

Other drive modes follow Audi’s usual offering via the Drive Select system. What is interesting is that the e-tron retains settings for Offroad and Allroad, among the more familiar Comfort, Efficiency, Dynamic and Individual modes. Audi’s electric SUV might be intended to head off-road, but that definitely wasn't a part of our passenger route. 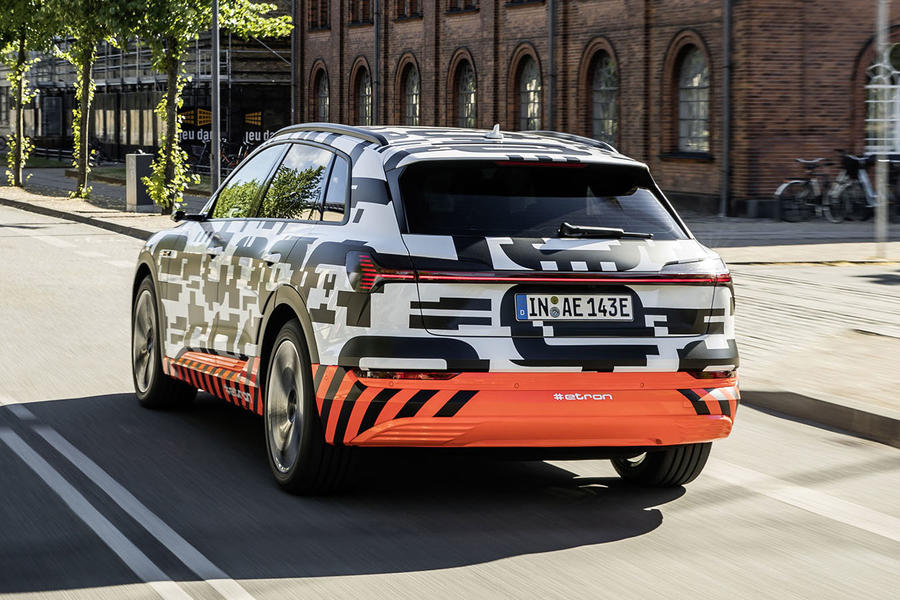 That Individual mode will be configurable, as will the electric drivetrain. The regenerative effect on the motor will also be variable, allowing sailing modes at speed, or heavy regeneration in town traffic and the possibility of driving with one pedal. There’s also a Hill Descent mode, underlining that off-road potential, while the air suspension raises if you need to straddle ditches, or lowers to be as economical as possible on your drive home.

The aerodynamics play a key role in the e-tron’s quoted 248-mile potential range, its 0.28 coefficient drag figure facilitated by the fitment of cameras in place of conventional exterior door mirrors. They will be optional, and in some countries not allowed for legal reasons, though Audi says it’s working on getting this new tech made legal worldwide. They use a pair of OLED screens positioned in the doors, warning of blind spots and displaying the indicators to the driver as well as acting as mirrors.

Their fitment increases the screen count in the e-tron’s interior to five, with the Virtual Cockpit digital instrument cluster ahead of the driver, and a pair of stacked haptic touchscreens in the centre which ape those of the A6 and A7 in look and functionality - with the additional e-tron elements in its sub-menus. 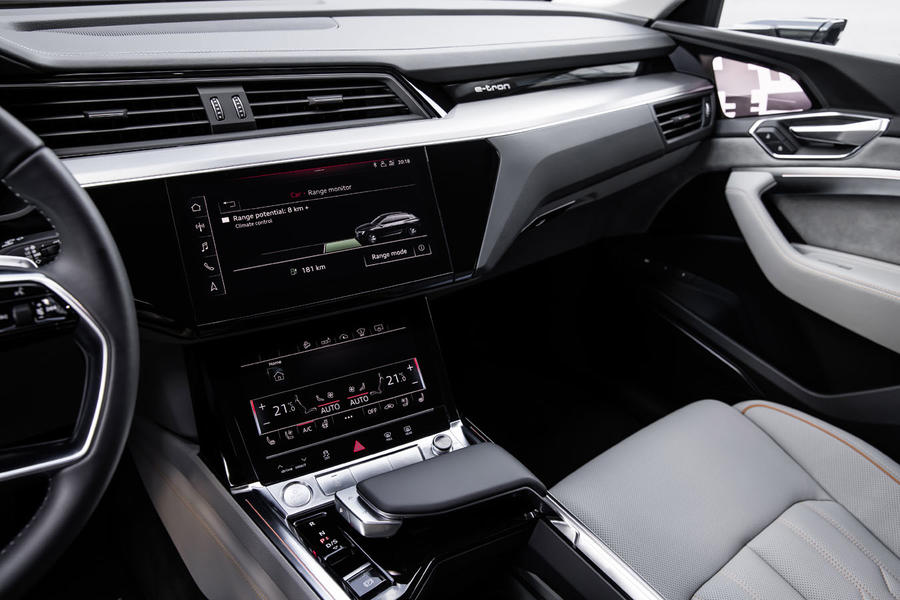 Certainly Audi’s claims of refinement are difficult to argue with, though the serenity of the experience isn’t so dissimilar to that of existing EV models at the town speeds we experienced from the passenger seat. Space is good, too, with four adults fitting comfortably and the boot offering 600 litres of stowage, supplemented by a 60-litre under bonnet stowage area for the charging cables.

Audi claims that, with a 150kW high-voltage charger, the e-tron can be fully charged in as little as half an hour. A network of these chargers is coming, with some 200 areas promised on main routes through Europe - each with six chargers - over the next two years, and the number is expected to double by 2020. At home, owners will be looking at a charge time of around eight hours from a typical high-power wall box.

With the e-tron reaching customers early next year, Audi will continue to drip-feed the details of its plug-in model. First impressions from the passenger seat of this prototype reveal that it will be a strong contender for class honours when it finally meets rivals from Tesla, Jaguar, Mercedes-Benz and others. 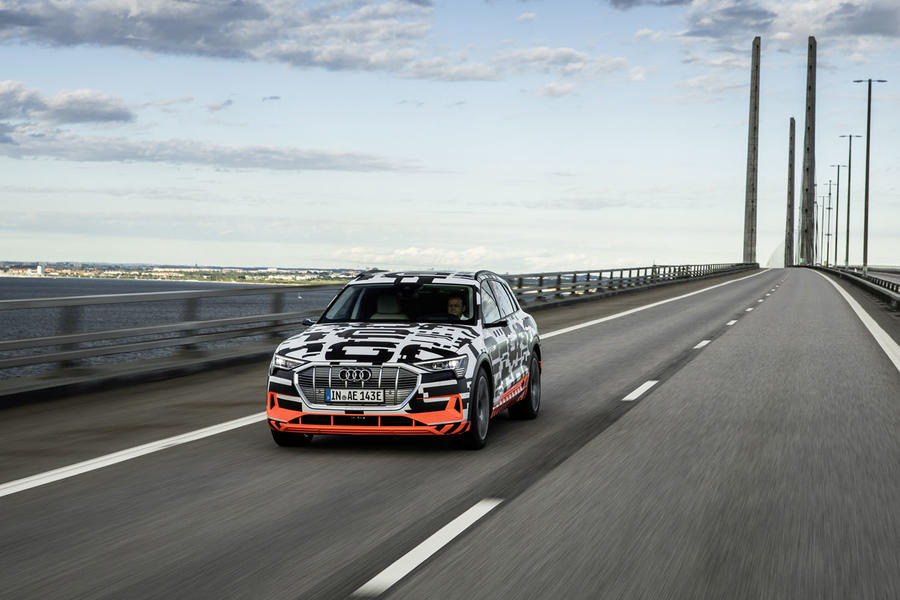