BACK TO ALL NEWS
Currently reading: Fiat 500 Abarth spied ahead of 2016 launch
UP NEXT
Volvo C40 Recharge electric coupé-SUV arrives with 402bhp

More power and tweaked styling for the hot version of Fiat's 500; due for release this spring
Share
Open gallery
Close
Share story

These are the latest spy pictures of Fiat’s upcoming Abarth 500 undergoing development testing across Europe.

The car has now been released. Read the review here.

The small hot hatch is due for release sometime this spring, and is expected to receive a power hike along with tweaks to its design.

Like the normal 500, the Abarth’s physical changes will be small, but these test mules confirm it’ll get new taillights, restyled bumpers and different alloys. 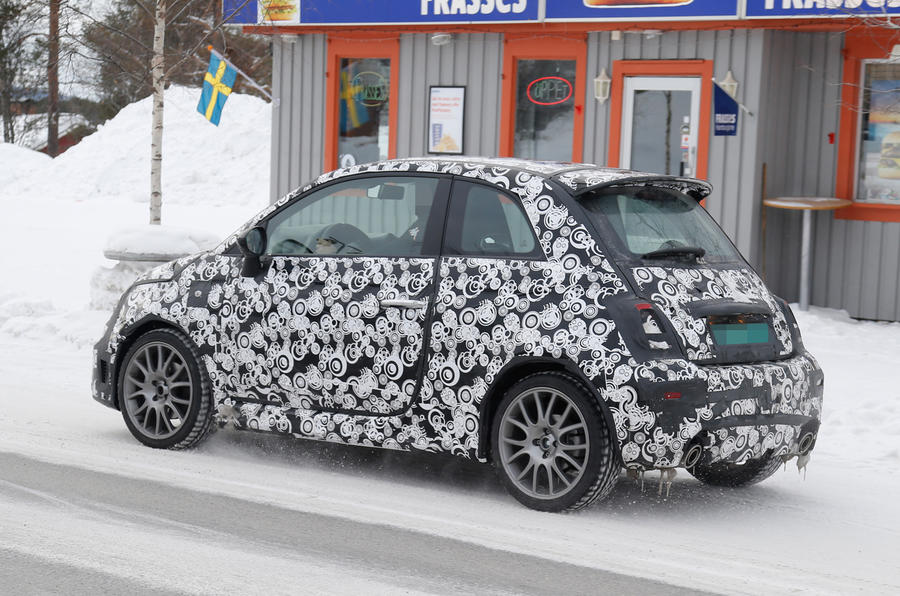 The 2016 model is expected to be powered by a new version of its predecessor's turbocharged 1.4-litre engine, with peak output increasing on the current car's 133bhp.

Pictures of a mule with a quad tailpipe setup seem to suggest the 595 - an even hotter version of the 500 - is also in final stages of development. With a similar increase in performance, power for that model could edge towards the 200bhp mark, enabling a 0-62mph time of under 7sec. 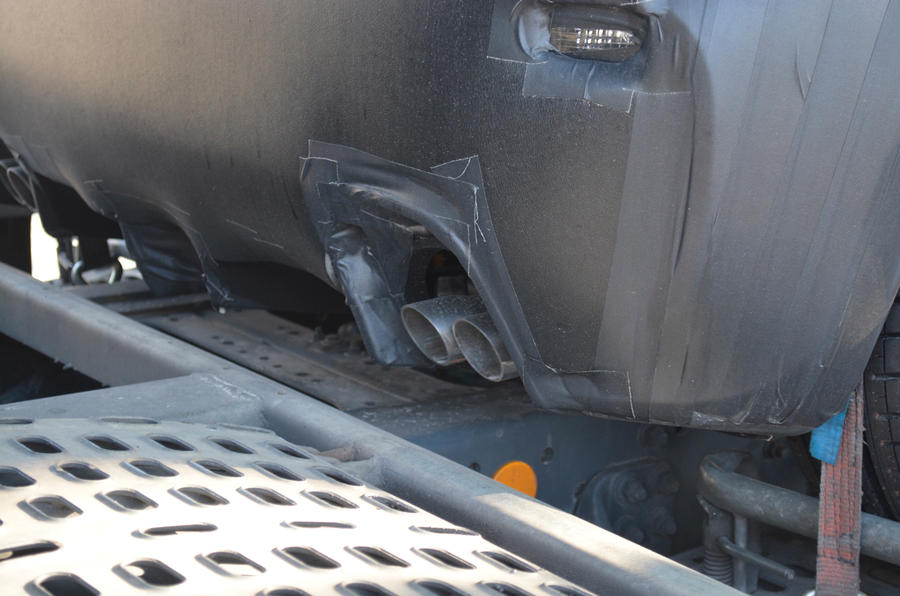 Inside, the new Abarth will inherit the dash and infotainment system of the latest 500, with Abarth-specific seat trim, a sports steering wheel and contrasting stitching added to mark it out as the performance model.

Pricing for the Abarth will likely be similar to the outgoing model, so a starting figure of about £14,700 is expected.

Autocar reported late last year that the larger Fiat 500X also looks set to receive Abarth treatment. That car could be launched in 2017 with around 170bhp and four-wheel-drive.

Read our full review of the Fiat 500

Why the disguise? it'll just look like the previous version.