The Ferrari 458 MM Speciale is the latest one-off machine to be produced at Maranello.

Created by the Ferrari Styling Centre for a particularly discerning British client, the 458 MM Speciale is based on the standard 458 Speciale but has several fundamental and unique differences that go far beyond the 458’s normal options list.

The client asked for even more sporty lines, with a visor effect for the cockpit, much like the 1984 Ferrari GTO (also known as the 288 GTO). The solution was a black painted A-pillar to give the impression that the windscreen and side windows are a single glass surface. 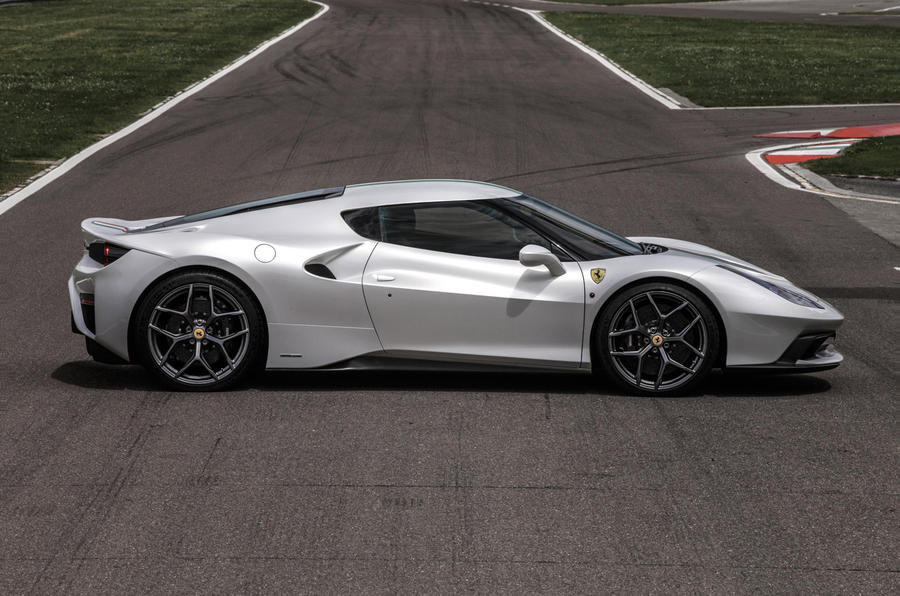 The bodywork has been reworked in handcrafted aluminium with composite carbonfibre bumpers at both ends. The bumpers include reworked aerodynamics, with a more inclined front end that reflects redesigned coolant radiators, which sit closer together than on the standard car. Side intakes have been added to help cooling in the engine bay, necessitated by a change of rake at the rear end.

The tail end of the car has a spoiler, designed to evenly balance downforce over the car and complete the line that sweeps down the car’s flanks from the front wheel arch. 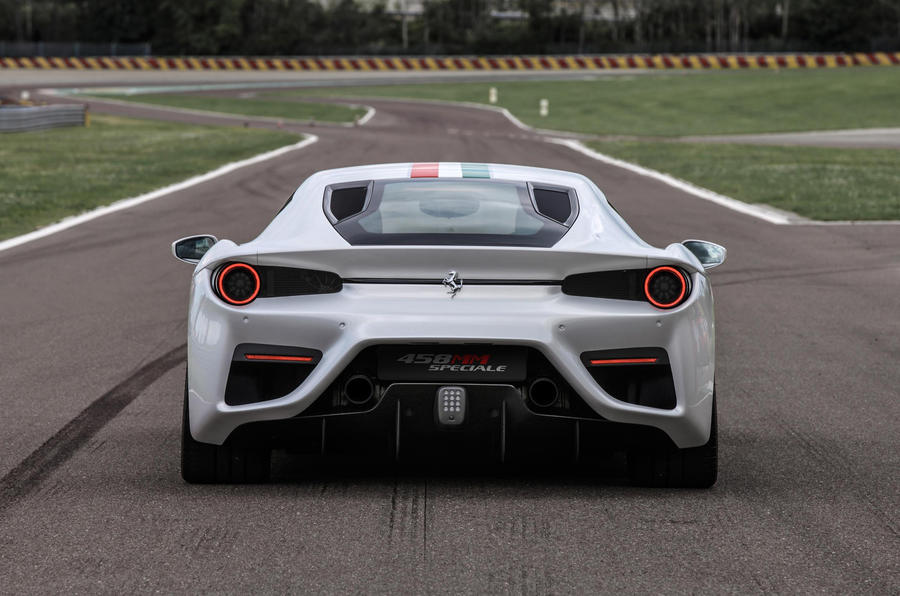 The wheels are bespoke numbers designed just for this car, and the front and rear lights have been exclusively modified. Inside, the stereo system has been upgraded, and the trim designed to the owner’s specification, with Cioccolato leather upholstery on the seats. Extra touches include satin white rings around the controls on the transmission tunnel.

The 458 MM Speciale is finished in Bianco Italia paint with a livery that pays homage to the Italian flag. It was unveiled during its first shakedown at Ferrari’s Fiorano test track, with the new owner accompanied by Maranello’s chief test driver, Dario Benuzzi.

In profile it looks more than

In profile it looks more than a bit like Lotus Evora!
Bullfinch 1 June 2016

My first thought too.