BACK TO ALL NEWS
Currently reading: David Brown reveals latest Speedback Silverstone Edition
UP NEXT
MST Mk1: Is this the ultimate rally recreation?

Destined for an owner in Asia, this Speedback Silverstone – one of just 10 originally confirmed for production in 2018 – has taken more than 8000 hours to produce. The exterior of the car has been hand-painted in a unique shade of ‘Black Metallic’ - a process that takes more than eight weeks to complete - and decorated with contrasting hand-brushed milled aluminium details.

The car also features monochrome badges produced by "artisan jewellers" from Birmingham’s jewellery quarter, while bespoke 20in ‘Afterburner’ wheels add some aggression to the look.

Inside, the heated and cooled leather seats are finished in a light ‘Oyster’ colour and the dashboard and door cards feature open-pore wood elements. The exposed metalwork and jet-inspired air vents are coated in brushed chrome. 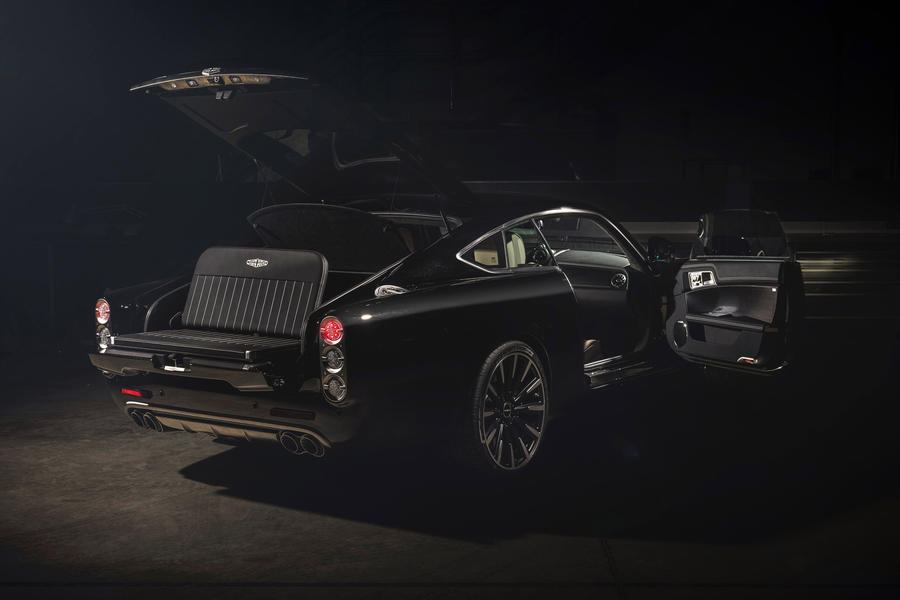 The owner has also specified a picnic seat in the boot. This small bench-style chair folds out from the boot floor, creating a small seating area. The owner has commissioned a picnic set to go with it, including a bespoke wool blanket, leather whisky bottle holder and leather-trimmed flasks.

The Speedback Silverstone Edition is a jet-inspired special edition of the Speedback GT, an Aston Martin DB5-influenced super-GT. Built on a Jaguar XKR chassis, the car features a 601bhp twin-scroll supercharged 5.0-litre V8, enabling a 0-60mph time of 4.2sec and a governed top speed of 155mph.

The Speedback Silverstone Edition has a starting price of £620,000 before taxes and interested buyers are invited to apply for further details. Autocar has contacted the company for details of how many more have yet to be produced. 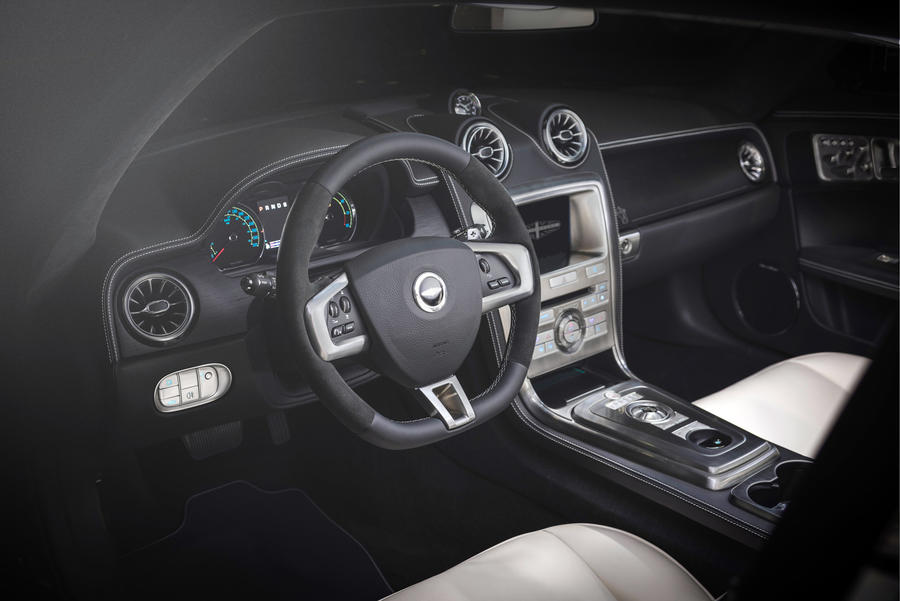 In an earlier statement about the car, company founder and CEO David Brown said: “This latest in a line of limited-edition Silverstone Editions is a reminder of the continued appeal of the now iconic Speedback shape and acts as a fitting tribute to the heritage of Silverstone.

Silverstone-based David Brown has been producing cars since 2014, including several Mini-based restomods such as the city-going Mini Remastered and the track-focused Mini Remastered Oselli Edition.

There are companies in the 'Watch world,' like Steinhart and Magrette that make lovely watches. Some are direct homages and others are inspired by great watch designs. The expensive watches are out of reach for most of us. So the watch collecters like myself find these watches and happily pay a much much lower price to get a lovely watch.

These Dan Brown cars do the opposite, they're charging way too much for what is essentially a homage. Therefore they make no sense to me. It is preferable to get a Pagani, which is a new company but has its own unique design language. Homages make little to no sense in the 'Car world.'

Engine bay is a bit of a letdown, the interior for the money doesn't er, em look the money,and, Seats in the Boot/ Trunk ?, they'll sell, plenty of well off People, Car people who will buy one.

I quite like it – and if you have this sort of money - you may as well spend it on what gives you joy.