BACK TO ALL NEWS
Currently reading: Dacia Jogger van ruled out but camper variant inbound
UP NEXT
2025 Mercedes A-Class EV to be luxurious EQ entry point

A campervan variant of the Dacia Jogger is in the pipeline, the firm has confirmed, in line with a focus on the 'outdoors' appeal of its cars.

“We are working on it and it should come quite soon,” said Lionel Jaillet, Dacia’s vice president for product, but he did not confirm whether it will be a stand-alone model or an accessory pack.

“This is clearly in our philosophy - trying to extend the level of outdoor activities that our customers can do with our cars, and the Jogger has exactly the right spirit for what we call the ‘social outside',” he said.

Jaillet added that the future applications for a leisure-focused Jogger would allow customers to enjoy being with family and friends “using the outdoors".

However, the form in which this could appear, be it a stand-alone variant or an accessory pack, was described as “not yet defined”. 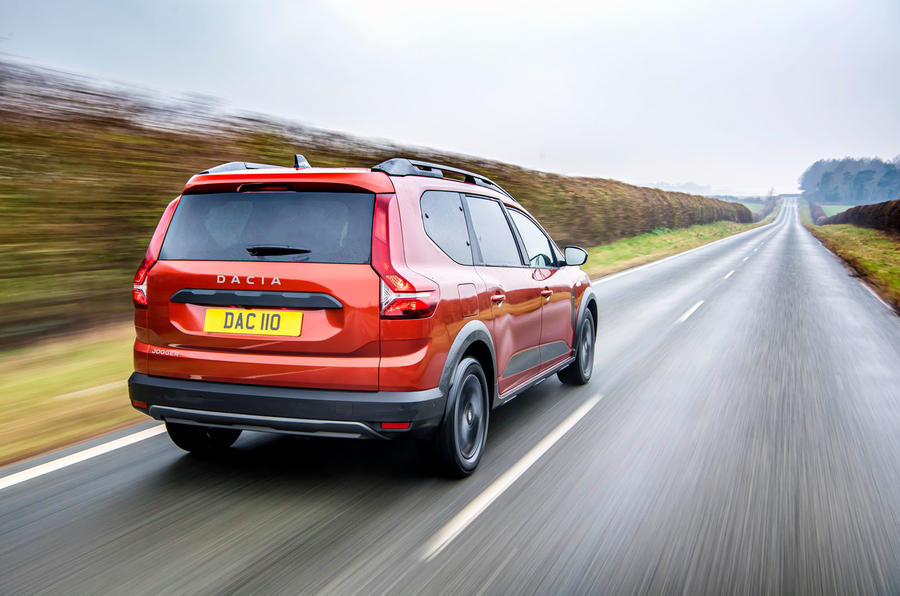 Meanwhile, a commercial vehicle version of the Jogger, which is the UK’s cheapest seven-seater, has been ruled out for the time being because the Jogger is not compliant with N1 homologation rules for light goods vehicles.

“The N1 homologation is getting more and more complicated in terms of the sizing of the opening, the sizing and lengths of the car, volumes, payloads and so on. We are not compliant with N1 on this car,” Jaillet said.

Dacia did, however, recognise the potential interest for a commercial vehicle variant in some markets although there are “no variant plans yet for commercial aspects".

The Jogger is based on the same platform as the Dacia Sandero Stepway. Its rear-most, third row of seating can be completely removed, leaving significant space in the back for potential living quarters.

The Dacia brand is no stranger to adventure-focused variants. The Dacia Duster received a rugged Extreme SE specification level in February.

A bespoke entry into the leisure segment could help further bolster the firm’s sales growth. Such a model would fall in line with the company’s plans to offer rugged, outdoor-led specifications over sporty or luxury model variants.

"Our playground is ‘outdoor’. You can expect some outdoor variants of our cars in the coming months and years, but not luxury or sporty ones,” said Marc Suss, the firm's vice president of engineering.

Makes a lot of sense the only other small camper offered by a major manufacturer is the VW Caddy California which starts at nearly £32k so Dacia have got a fair bit of leeway in pricing.