BACK TO ALL NEWS
Currently reading: Cupra considers more powerful and 4WD versions of Born
UP NEXT
Reborn BMW 3 Series to usher in new electric era

Cupra is planning to expand the Born line-up with more powerful variants and could even usher in a four-wheel-drive option.

Speaking at the official unveiling of Cupra's first electric car in production form, research-and-development boss Werner Tietz said: "We're interested in that, but it's not something that's currently visible, because we don't have the high demand for that. It's a lot of investment to do that full application for the car.

"But for sure, this kind of version drives nicely, and maybe it's something for the future. Over the lifespan of the car, you can expect we will think about different drivetrains and power levels. Higher-powered versions can be expected some day."

His comments followed the recent surprise unveiling of Volkswagen's ID X concept - based on the Born's ID 3 sibling.

The visibly sportier ID X is particularly notable for its four-wheel-drive powertrain – something that had been earlier reported was not possible to accomodate in the shorter version of the MEB architecture, prompting suggestions that future variants of the ID 3 and Born could adopt a similar set-up. 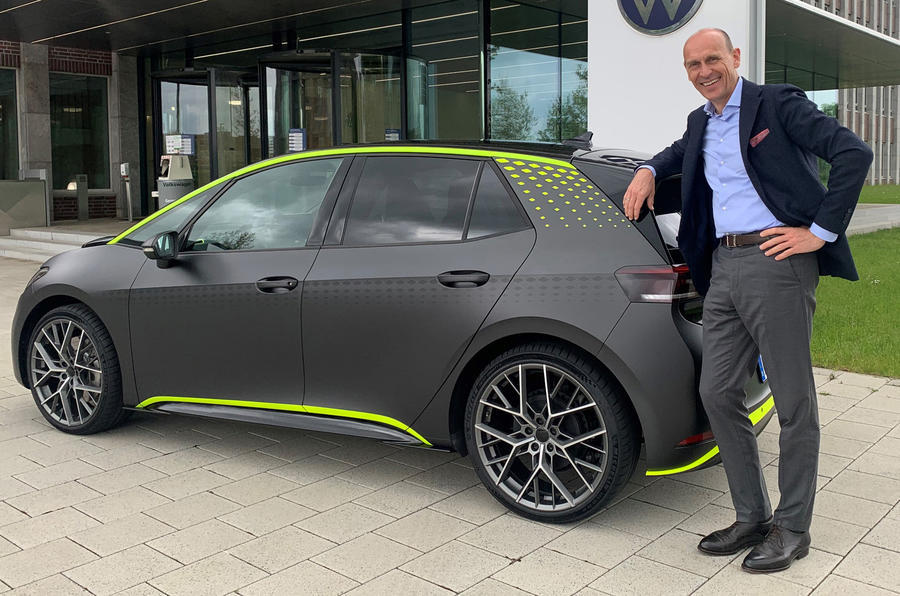 The ID X is also the most powerful vehicle yet based on the MEB architecture, packing 329bhp from its twin-motor set-up for a 0-62mph time of 5.3sec. It also weighs 200kg less than the standard ID 3 and introduces a dedicated Drift mode, as used by the Golf R.

Volkswagen CEO Ralf Brandstätter stressed that the concept isn't destined for production, but such a formula would fit well with Cupra's brand positioning as the sportier arm of the mainstream Volkswagen Group, and the ID X concept shows that similar upgrades wouldn't result in significant compromises in terms of space and usability.

I can imagine much furious communication between Catalonia and Wolfsburg: "You told us it couldn't have a motor up front!" "Shh... do what you are told."