BACK TO ALL NEWS
Currently reading: Citroën C4 hatchback axed to make way for latest C4 Cactus
UP NEXT
Rodin FZero: V10 weapon aims to be world's fastest car

Citroën will axe the C4 from its line-up this year, with no direct replacement for the C-segment hatchback planned for launch before 2020.

The company revealed today that its heavily revamped C4 Cactus will temporarily take the place of the C4, which rivals the Ford Focus and Vauxhall Astra, until an all-new model is ready for production in 2020 or 2021.

“The current C4 is a seven-year-old design and we had to make a decision. We will stop production and the C4 Cactus will take its place,” said Xavier Peugeot, product planning boss.

The significantly revamped C4 Cactus (pictured below) goes into production later this year and right-hand-drive cars arrive in March or April 2018.

Citroën is already looking at the design and engineering of the car that will succeed the C4 Cactus, which will only be on sale for three to four years in its re-engineered form.

“We see an opportunity to do something fresh and different with the new C4 in three to four years time,” added Peugeot. 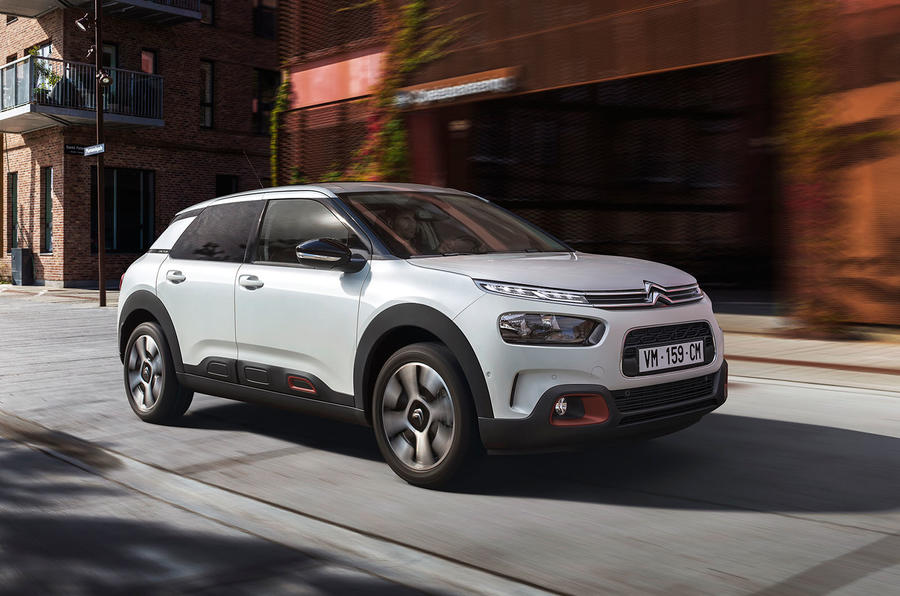 The C4 Cactus revamp includes a significant suspension upgrade with new softer-riding springs and dampers, 80% new body panels and a reduction in the size of the 'airbumps' featured on the doors. The car also gets a more up-market front end with extra chrome and a prominent Citroën double-chevron badge.

Inside, there are new optional seats with an extra layer of foam padding, designed to combine with the new softer suspension to turn the C4 Cactus into a more mature family hatchback.

The new dampers have been developed in conjunction with supplier KYB and feature a pair of smaller hydraulic dampers to replace the bumpstop function at the extremes of wheel travel.

Because the dampers can cope with wider extremes of wheel travel, Citroën engineers have softened the main suspension springs by 10% to create a more pillowy ride.

“We are talking here about 21st-century comfort in suspension and seats. But it is more than that, Citroën is about well-being and peace of mind,” said Citroën boss Linda Jackson.

It was a good car

Sure it was a bit bland and not the most Citroney like but it was as has been said above a good,solid reliable car with a good classy interior too. I don,t think it deserved the slating it got either.

With the ride height of the normal "C3" slightly elevated to provide greater ground clearance; and, with the addition of certain rugged "off-road" nuances to the exterior styling (including the "Air Bumps"); the Citroen "C4 CACTUS" exuded sufficient SUV connotations to become a popular vehicle.

The Citroen company’s global boss Linda Jackson, did recently say that the company "would not become a hostage to the Air Bumps"

Although the simple rectangular instrument box directly in front of the driver are still very evocative of the instruments within the iconic "2CV", the rest of the 2018 "C4 CACTUS" has been upgraded and remodeled - particularly the door-cards, center consul, and seat construction/upholstery.

The 2018 "C4 CACTUS" has been so changed, and so refined, that it is understood it will now  REPLACE  the slightly larger Citroen "C4" conventional hatch-back, within the range of Citroen vehicles. Other than the outline silhouette of the "C4 CACTUS" (and, that simple rectangular instrument box directly in front of the driver), the 2018 "C4 CACTUS" bears little - or no - resemblance to the original, now established, popular vehicle.

It is suggested that Citroen may have made a mistake in abandoning the niche market segment it created and successfully exploited with the original "Air Bump" Citroen CACTUS (2014) !!

There is nothing inherently wrong in replacing the existing, former, slightly larger (and therefore comparatively more expensive to produce), PF2 Platform, Citroen "C4" conventional hatch-back, with the 2018 "C4 CACTUS". However, it is somewhat disingenuous and confusing to still append the "CACTUS" name to the more sophisticated 2018 model. It would be more appropriate to simply refer to - and market - the new vehicle as the Citroen "C4".

That would enable Citroen to indulge the now established clientele of the original "Air Bump" Citroen "C4 CACTUS".

It is suggested that to identify that vehicle more clearly, and to differentiate it from the rest of the "main stream" range of Citroen vehicles, that the CONTINUEING model should be now simply referred to as "CACTUS", and abandon the prefix "C4".

Good to see others have had a

Good to see others have had a similar experience with the C4.

@Typos1 maybe so, but at least Citroen seem to gave found their mojo again. The C4 wasn't their finest in terms if Citroen-ness, but as a working car, it was far better than the slating it got.