The striking new Celestiq concept is a preview of Cadillac’s first electric saloon, which will draw on the legacy of era-defining models like the Eldorado and Brougham.

Due within the next two years, the Celestiq will be the US marque’s second electric production model after the Lyriq SUV. It will use the same Ultium platform as that car and a range of EVs from sibling brands Chevrolet and Hummer - and, soon, newly partnered Honda.

The Ultium platform is to General Motors what MEB is to the Volkswagen Group. Modular in its conception, it houses a uniform battery charging and management system and a range of motors and inverters – with varying outputs according to model – known as Ultium Drive.

The new Hummer EV pick-up is the first production car to use the architecture, employing a double-deck battery pack for a mammoth 212.7kWh of capacity and upwards of 300 miles of range. The Cadillac Lyriq uses just one battery, at 100kWh, but is much lighter so offers a similar range - and the eventual Celestiq production car is expected to be similar. 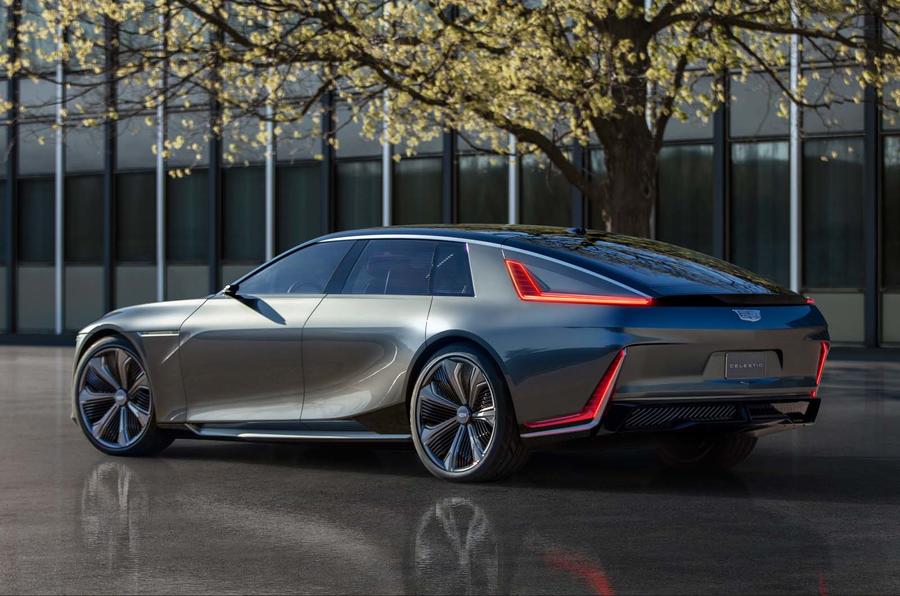 Common styling cues between the Lyriq and Celestiq include a blacked-out grille, LED headlights and vertically mounted rear lights, but the interior of the saloon is unlike anything the US firm has shown to date.

The Celestiq will feature five advanced LED displays, including a 55.0in diagonal advanced LED display, and industry-first features such as what GM calls a ‘variable-transmission smart glass roof’ and Ultra Cruise - the latest iteration of General Motors’ cruise control.

According to Cadillac, the Celestiq will exemplify “the artisanship and customisation that defined early Cadillac sedans such as the bespoke V16-powered coaches of the pre-war era, and the hand-built 1957 Eldorado Brougham.”

That points towards the Celestiq being billed as the electric successor to those super-sized luxury saloons that defined Cadillac’s formative decades. 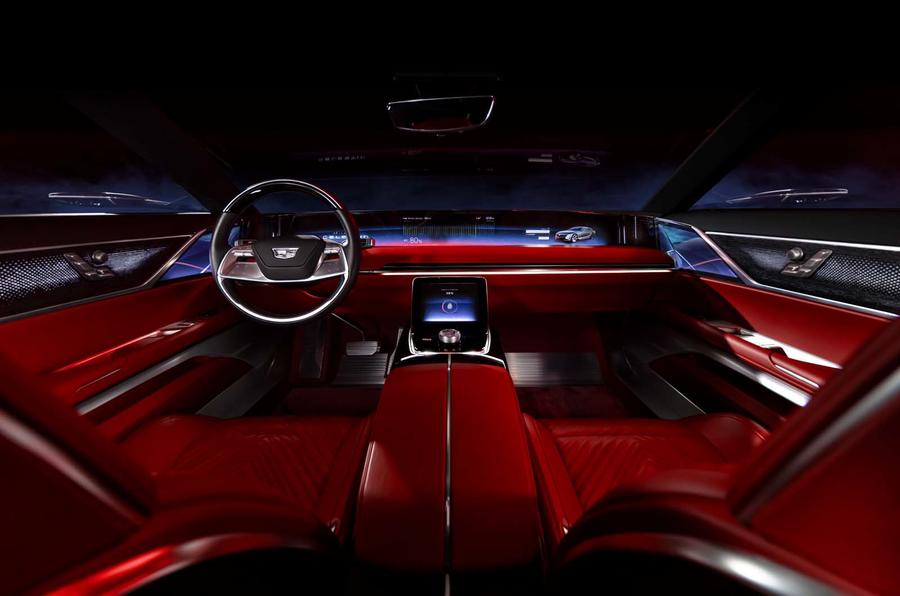 The Celestiq will be assembled at GM’s Global Technical Centre in Michigan, in which the company has invested around $81 million (£67.7m), making it the first production vehicle built there since the site opened in May 1956 as a hub for the firm’s global engineering teams.

Following Saab’s demise and the sale of Vauxhall-Opel to the PSA Group (now Stellantis), General Motors’ UK presence is currently limited to low-volume imports of the right-hand-drive Chevrolet C8 Corvette.

But the unveiling of the Celestiq – and recent debut of Chevrolet’s technically related Blazer EV – come as speculation builds around GM’s potential return to Europe as an EV brand.

The company has appointed Mahmoud Samara to head up the GM Europe division and said: “His mission is to transform our current operations into a non-traditional mobility start-up in the region. We will make very deliberate decisions about where and how we compete in Europe.

“Together with his team at our headquarters in Zürich, he is preparing this launch, leveraging the new initiatives and technologies that GM is providing for global growth opportunities."

While I can work with the over all shape of the vehicle, but the hatch back area just looks like after thought add on! IMHO, the look of the vehicle would work best as a notch back, or regular sedan. A four door coupe design, like the Panamera or 9 Series, could work! For what GM/Cadillac is looking to ask for this vehicle, it just does not look as stately and refined as RR Ghost and Phantom that share a similar price point (or even the past vehicles it wishes to emulate), regardless if they plan only to build a limited number of of a hundred or so. I personally would have rather saw them build a SUV with all these features and asking price!

No doubt this aspires to Cadillac's edge designs of the 90s & 00s but has nothing of the fresh stylistic ideas & overall coherence of those earlier designs.

This looks enormous in these images!, a two Family size Car, I like some of the design elements,but, it looks just too damn big!