BACK TO ALL NEWS
Currently reading: Britain's Best Dream Car 2020: Alpine A110
UP NEXT
New Ferrari 296 GTB: 819bhp PHEV brings back V6 power

Why the Alpine A110 won: It’s hilarious fun delivered in effusive and accessible fashion. A car to stand the test of time.

The A110 is just one of the winners in this year's Britain's Best Car Awards - see the full list here.

Very late in 2017, on a snowy hillside in France, we discovered that the Alpine A110 brought lungfuls of fresh air to the sports car market.

Three years on, we’re still breathing in the Alpine goodness and a car that revolutionised how we felt about small sports cars has established itself firmly in our affections.

Breathing is what the A110 does best. While the majority of sports cars fidget, shuffle and bounce down a bad road, the A110 glides. It does something that no small sports car has allowed itself to do for a generation: move on its suspension, to prove once again that driving enjoyment doesn’t have to mean rock-hard springing.

It can do this because it’s light, of course. At just 1103kg, the entry-level A110 sits on a bespoke aluminium architecture that’s barely over 4.1m long and less than 1.8m wide. Given there are double wishbones all round, despite the A110 having only two seats, it’s an impressive bit of packaging. The fuel tank squeezes between the front suspension and the engine and gearbox, taken wholesale from elsewhere in the Renault range, sit neatly behind the occupants.

And for all of its lightness, its interior still feels relatively plush. At least by the standards of similar competition, for which you won’t find an exact match. The Lotus Exige sits somewhere below its weight, the Porsche 718 Cayman slightly above. The A110 occupies a place of its own. 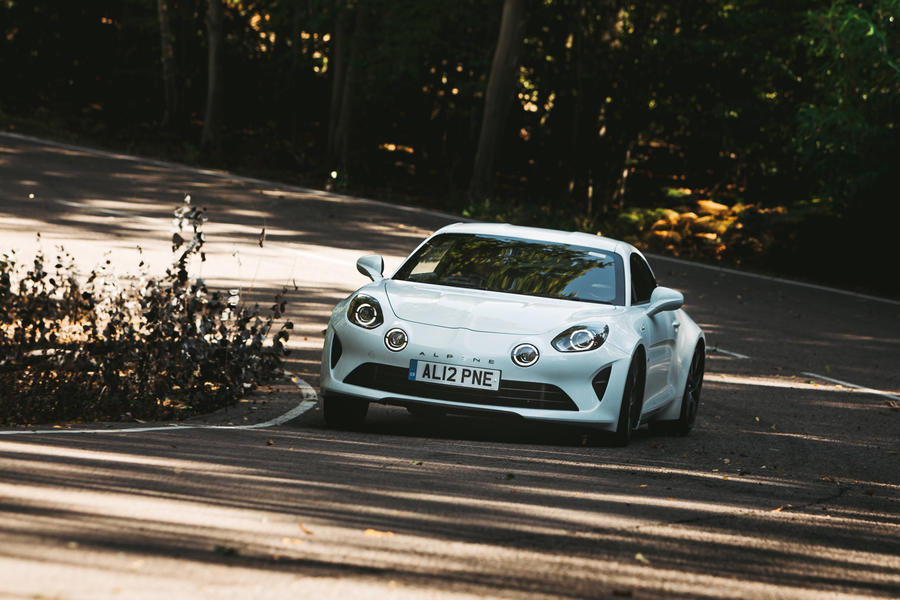 It has just the right amount of power, too. It’s a road car first and foremost, so 249bhp and the kind of acceleration that comes with that are enjoyable without being antisocial; usable without being utterly illegal within a few seconds. We say it often, but we’re not sure manufacturers are getting it. The lower a car’s limits, the more accessible it is to normal drivers on nice roads.

That said, the A110 is also a rather nice track car, incredibly happy to rotate on turn-in and slide around a little. In fact, at high speeds in track cornering, or in big crosswinds, its happiness to change direction is one of only a few of its drawbacks. There’s an argument that it would be better with a limited-slip differential, but its power level and weight mean it’s right on the cusp of whether it would be improved by one or not.

Last year, Alpine followed-up the A110 with the A110 S, lower and stiffer and with more power, to get closer to some of the rivals. What’s interesting, though, is that while high-powered versions of sports cars generally overshadow the standard one (particularly in the UK, where people like premium alternatives), Alpine didn’t expect the S to snatch most A110 sales.

The S is still a great car – and would still blow us away if we hadn’t driven a regular A110 – but we think that if you want a car that’s keener, firmer and more focused, you might not want what an Alpine was set up to stand for in the first place. 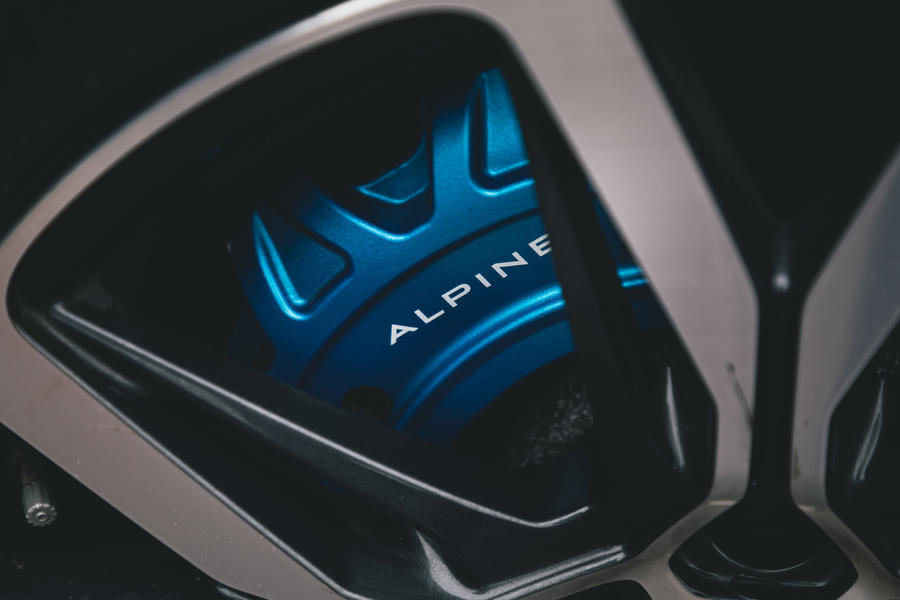 Two most unusual characteristics win the A110 this accolade. One is the decision to use beauty, not aggression, to guide the car’s character.

The other is to make honest-to-God use of lightness in a way not practised by any other mainstream company (given Renault is behind the A110). The result is a unique machine: beautiful to nearly all, precise and sensitive to drive and satisfyingly quick on modest power. Alpine has carved a special niche and deserves much success.

NoParsaran tells it like it is. Oh I forgot, its supposed to be a mini Ferrari according to Autocar.

how much the government squeezes people. The dreams are very modest - a cheap 4-cylinder french car. So sad.