New BMW Z4 is here, and we've spoken to the man in charge of its design
Open gallery
Close

BMW’s reborn roadster sets the tone for a new era of design language for the brand, according to the Z4’s exterior designer, Calvin Luk.

“The new design language on this and the 8 Series is about minimising line work,” he explained. “The philosophy is a couple of major lines coupled with softer lines.” For example, the wedge line is a major line on the Z4 and exists alongside softer lines, Luk explained.

BMW’s well-known kidney grille has been designed with a new mesh on the Z4; this is expected to filter into other BMW models. “It has the vertical bars of the BMW motif, but in a mesh form of mini aeroplanes. It’s reminiscent of the 328 Mille Miglia race car,” Luk said.

The Z4 has also reinterpreted BMW’s 'double-round' lights, stacking them on top of each other — something that hasn’t been done on any BMW previously. He continued: “The stacked lights were decided in the sketch phase. It felt more exotic and sports car-like. The lights are high and the kidney grille is low.”

Luk also focused on making the Z4 more driver-focused given the wider remit of the third-generation Z line-up to be far more dynamic behind the wheel than its predecessor. “The wheelbase is slightly shorter, but we’ve brought the driver forward a little to bring the focus back to him/her. Before, the hood was a bit too long. It’s still a long bonnet, which identifies it as a BMW roadster, but it’s a little shorter than before.” 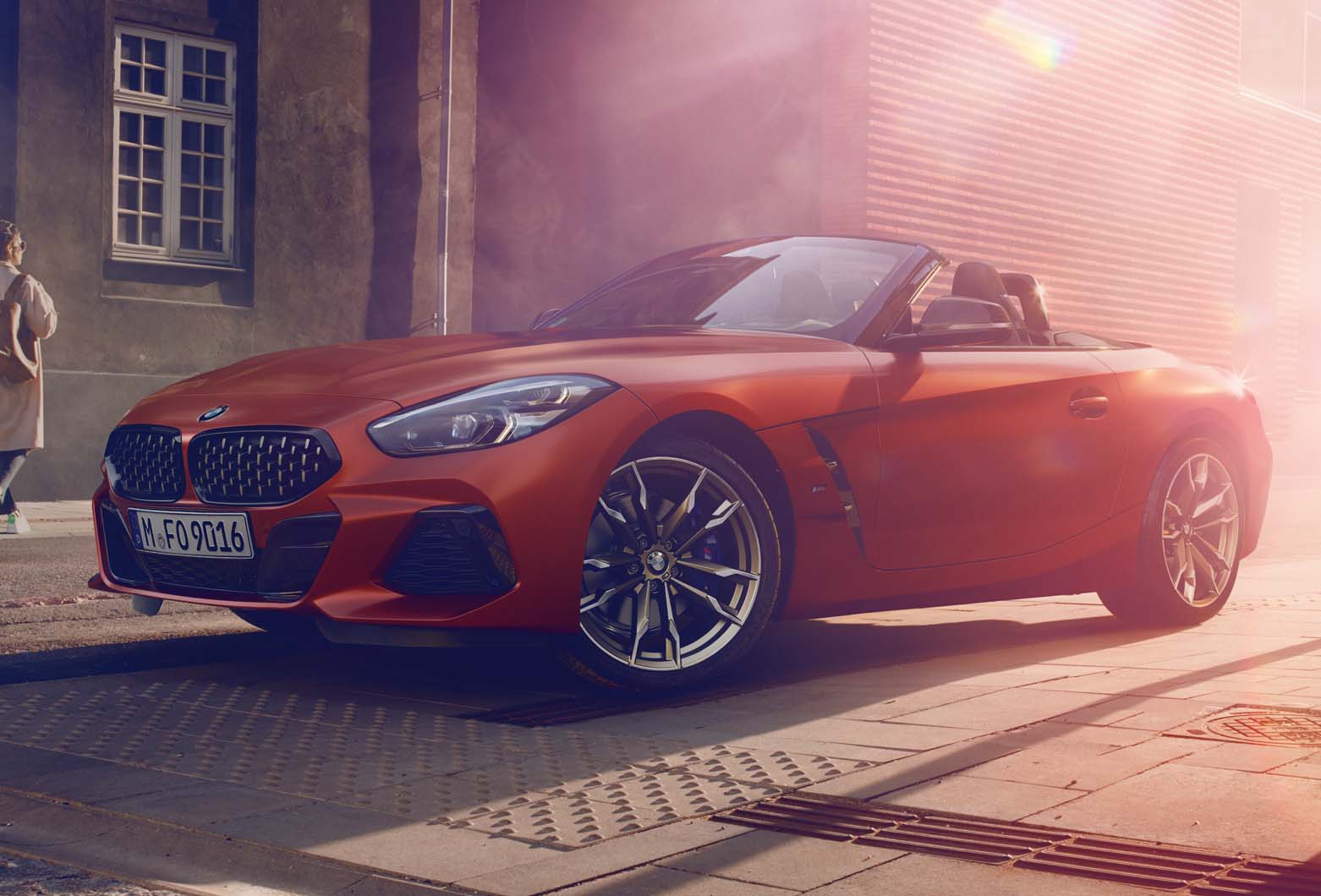 At the rear, BMW has tried to create a really wide stance. There are 3D sculpted lights that are in one piece (meaning no shut lines), an integrated rear spoiler and, in the top-of-the-range M40i, a quad exhaust.

Opinion: Can the BMW Z4 have performance to match its looks?

Luk said the biggest challenge designing the Z4 was at the front end: “Every project has unique challenges, but the front end tends to be the most problematic because of required crash structures. For example, we tried to get the kidneys as low as possible, but we would probably have put them even lower if it weren’t for other considerations.”

And despite the Z4's partnership with the upcoming Toyota Supra, Luk said the design teams haven't liaised. He said: “The Supra was a really independent operation. I’ve never spoken to anyone at Toyota during the design of the Z4.”

One of the better BMW's

Both inside and out. More understated than Z4 which was just an ill porportioned car that I'd rather not be seen in.

Price will be interesting as the TT is now a pretty cheap complete motor car these days.

Looks pretty good to me

But then styling is subjective and there will be as many views as there are people. I guess that any bold design, such as the new Z4, is going to polarise opinion - and those who don't like it can chose the Toyota.

Am I the only one missing the ‘stand apart from the pack’ Chris Bangle designs?