BACK TO ALL NEWS
Currently reading: Best-selling cars in Europe 2021
UP NEXT
2024 Evoque, Discovery Sport to lead new-era Land Rover EV line-up

News
by Will Trinkwon
4 mins read

January and February were tough, and the European car industry is still struggling under the impact of the Covid-19 pandemic.

In March, new car registrations increased 63% compared with the same period last year, according to the latest data from Jato Analytics.

However, demand is still far from pre-pandemic levels and the 1,374,313 vehicles registered across the 27 EU markets during the month is the second lowest since March 2013, after 2020.

Jato said: “Despite signs of recovery, the industry is still facing several challenges, including the economic fallout of the pandemic, ongoing lockdown restrictions and lack of consumer confidence.”

The market has also been boosted by strong demand for individual models, such as the Peugeot 2008, the Tesla Model 3 and the Volkswagen Golf, which has taken over the top spot as Europe’s best-selling car.

Here are the best-selling cars in Europe in March 2021:

After a bleak February, March was an excellent month for the Golf, as it overtook the Peugeot 208 to come top in the rankings. Compared with last year, demand for the model in Europe grew by 12% – although this is less than a quarter of the average growth in the market. New variants – including the GTI Clubsport and R should help the model solidify its strong position in future months. 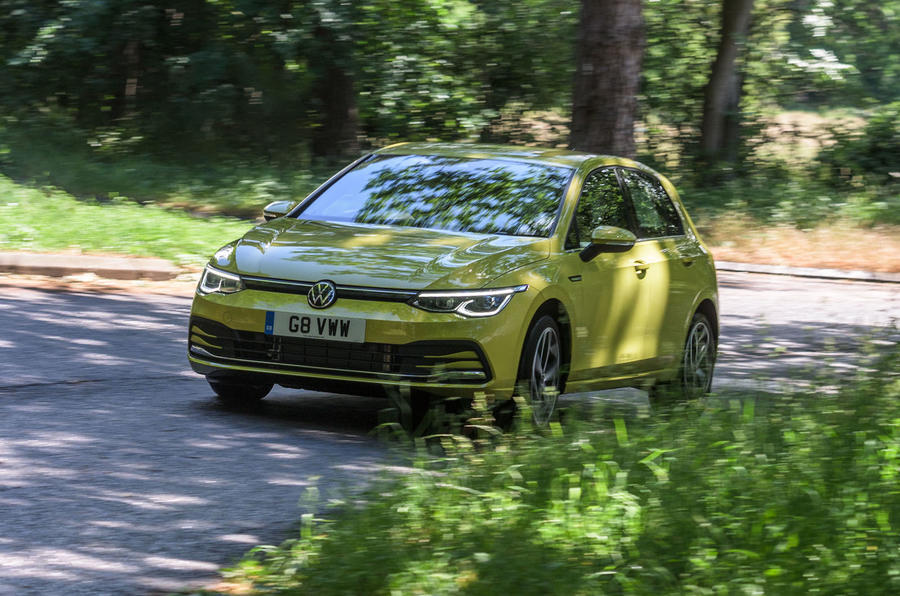 The latest-generation 208 arrived in Europe in summer 2019 and, thanks in part to an attractive £16,250 starting price and its well-received styling, has become a fixture among Europe’s best-sellers. Couple that with healthy demand for older 208s (Jato figures include models of all generations registered, not just the latest versions) and it’s no surprise the supermini is performing so well. 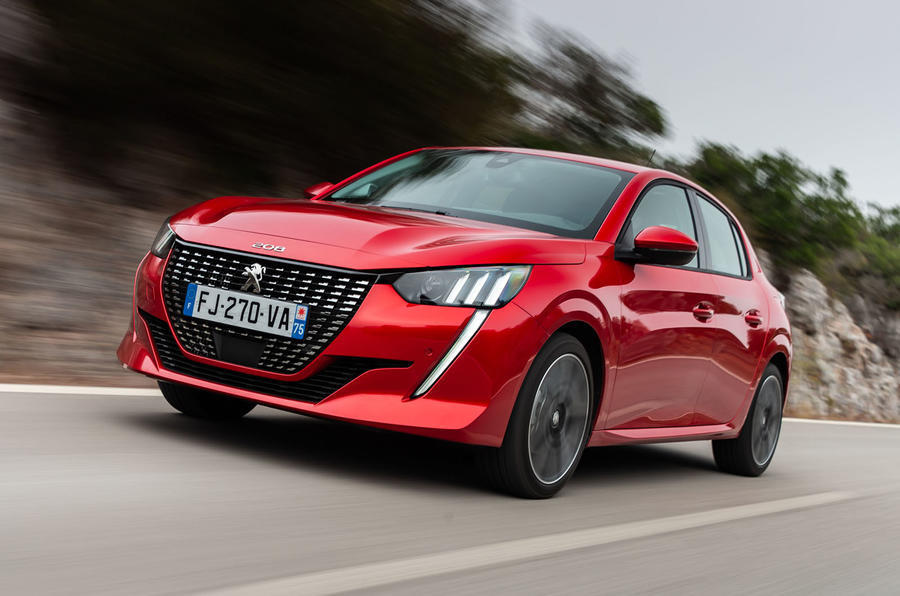 Bringing a radically overhauled, sharper design, the new Corsa won plaudits when it was revealed in late 2019. Autocar’s testers were also impressed with its fresh engine and platform, shared with the Peugeot 208. As with each of its predecessors, Opel has been hoping for continued strong sales, and after a difficult few months, these arrived in March. 24,540 Corsas were registered in Europe, over double the amount moved in March 2020. 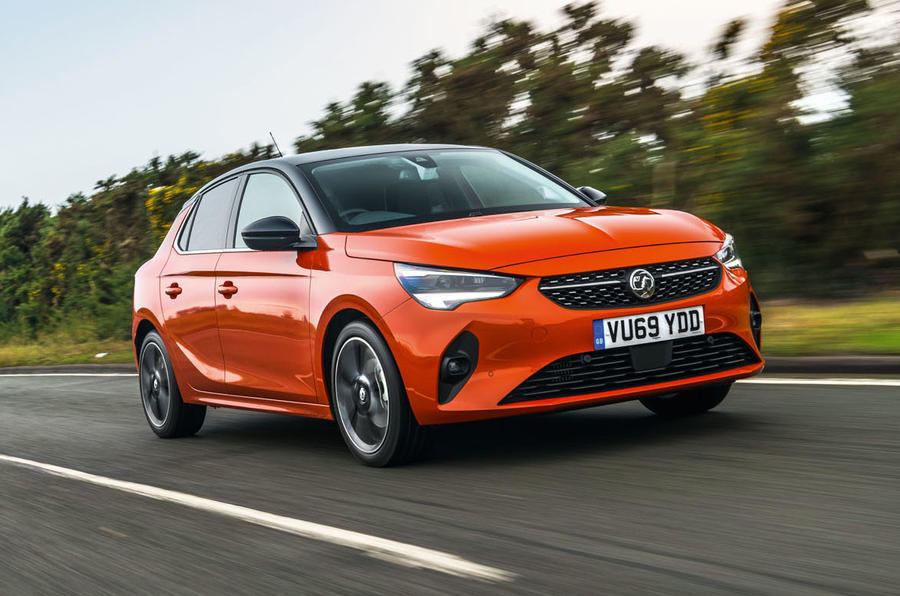 The Tesla Model 3 returned to the top 10 in March. Demand for Tesla’s flagship model in Europe remains strong. 23,755 were registered in the month, which represents a 55% gain on March 2020. It is unclear whether Tesla will retain this spot in the coming months, since shipments of Teslas to the continent are quite unevenly staggered throughout the year, despite all-round interest. 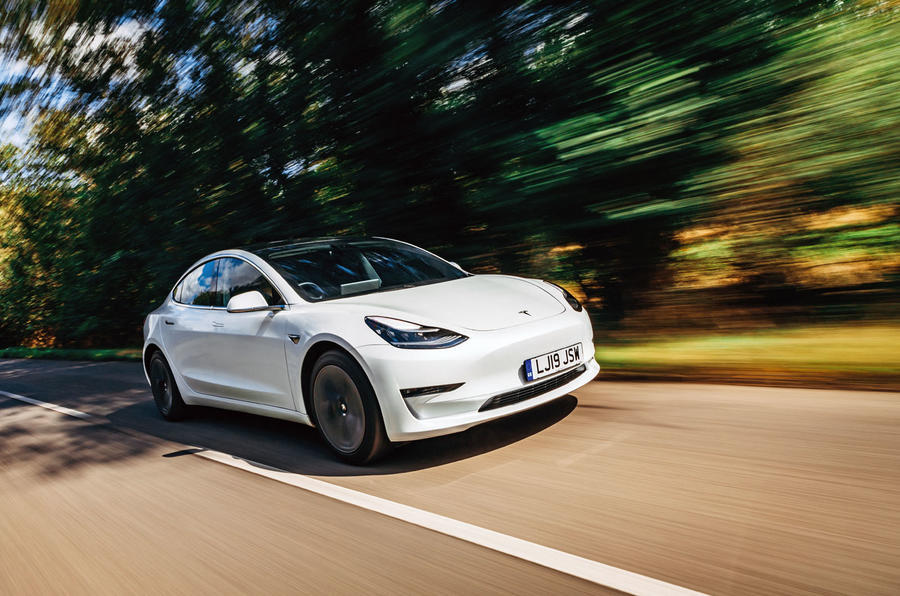 Although the Toyota Yaris has slipped from first in January to fifth in the runnings this month, March was still a good month for the Ford Fiesta rival. A total of 23,033 examples were purchased, representing a 91% increase on last year, an impressive boost over January, when its sales increased by only 3%. Expect another strong performance in April, driven by demand for its attractive, fourth-generation model. Recently winning the gong for the European Car of the Year 2021 won’t hurt its chances, either. 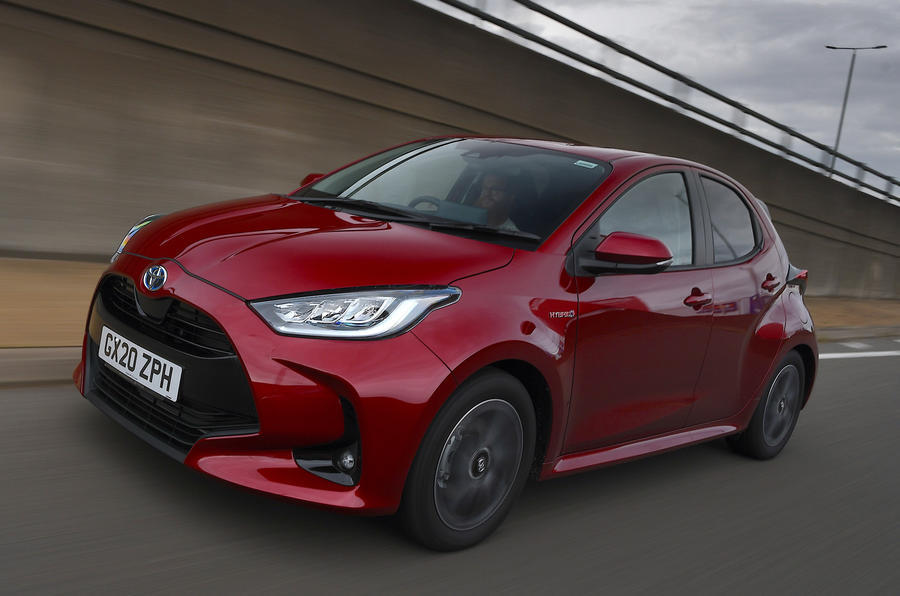 Volkswagen’s characteristic blend of ergonomics and practicality, wrapped up in a crossover-shaped package was always going to be a hit in Europe. Of all the models on this list, the T-Roc gained the seventh most ground compared with March 2020, with registrations rising 96%, significantly outperforming the general market trend. Its 21,772 sales allowed it to jump four places in the rankings and made it the second-best-selling SUV/crossover in Europe, too. 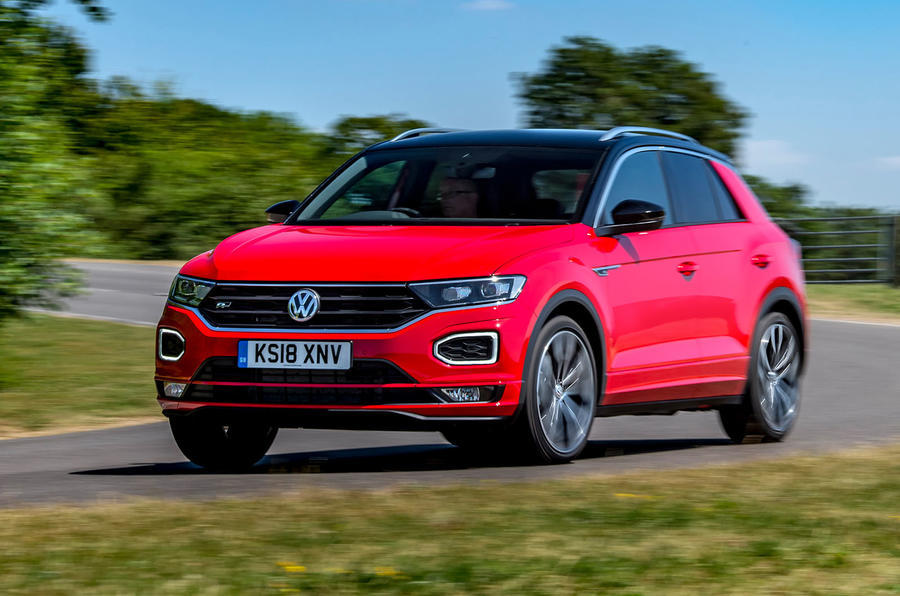 The C3 hung on to its seventh spot from last month with 21,426 registrations. Citroën added a raft of new customisation options and a new seat design in a mid-life facelift last year, and the changes seem to be having a positive effect, with demand for the car increasing by a whopping 223%. 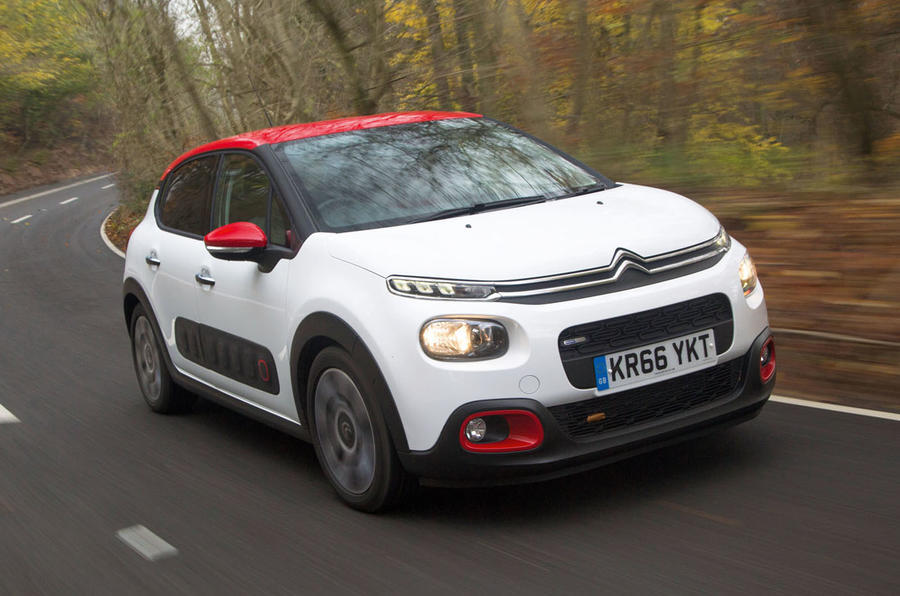 Gaining 59% more sales compared with the same period last year, the Clio remains a front-runner in the competitive supermini market. Renault revitalised the supermini in mid 2020, introducing a hybrid option in a bid to broaden its appeal and boost its green credentials. 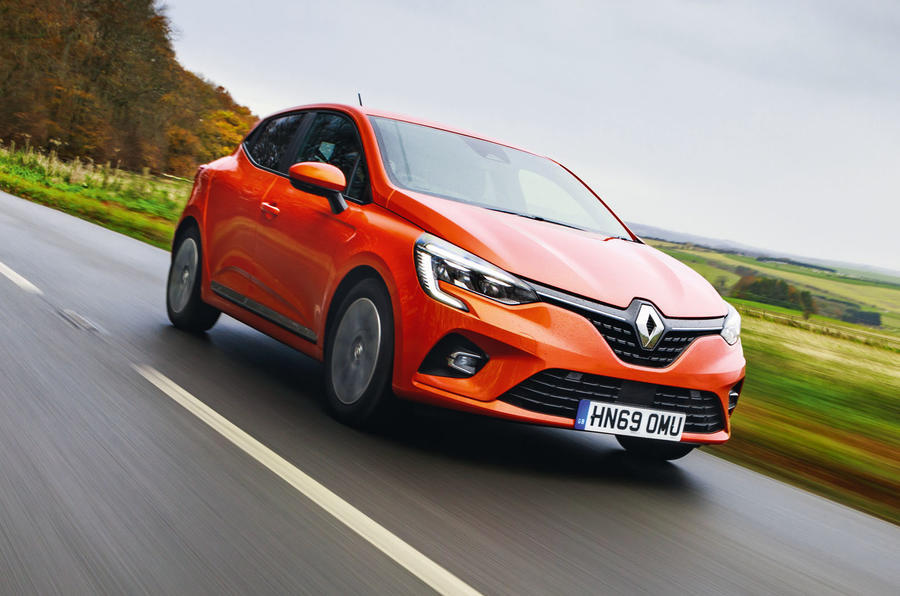 Last month, the 2008 crossover came second on this list; this month, it’s down to ninth. However, registrations have increased 271% on March 2020, consolidating an 51% increase in February. This gives it the biggest year-on-year increase of all the cars in the top 10 – an achievement that would be impressive in any context but is especially remarkable against the backdrop of widespread market trouble and low consumer demand due to Covid-19. 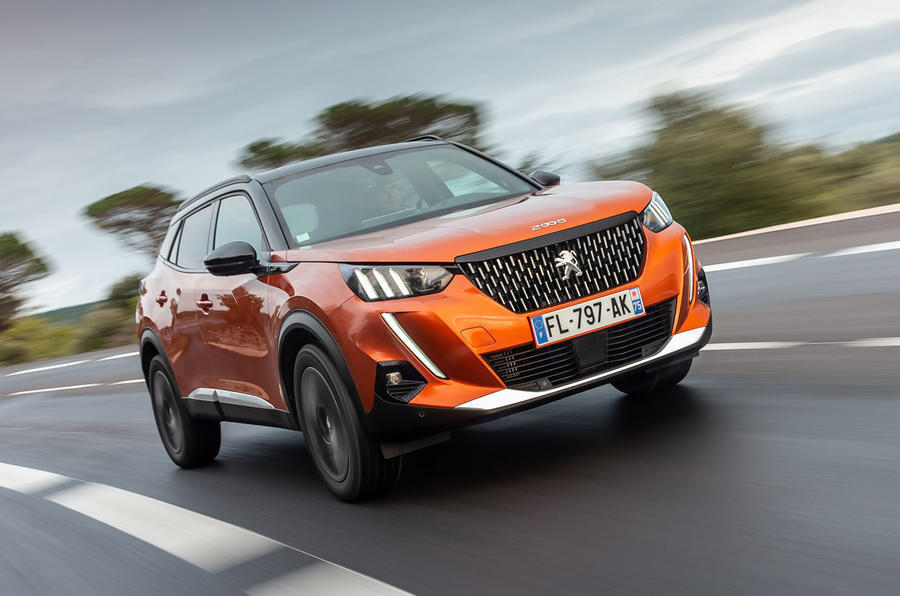 The small and stylish Fiat 500 is a new entry to the top 10 best sellers list, driven chiefly by demand for its new electric variant, the 500e. In mid-range trim, this car boasts 199 miles of range, which outperforms several of its same-sized EV rivals. Retaining the 500’s appealing retro look, the EV looks to be profiting, even 14 years later, from Fiat’s canny decision to revive its ‘people’s car’ in 2007. 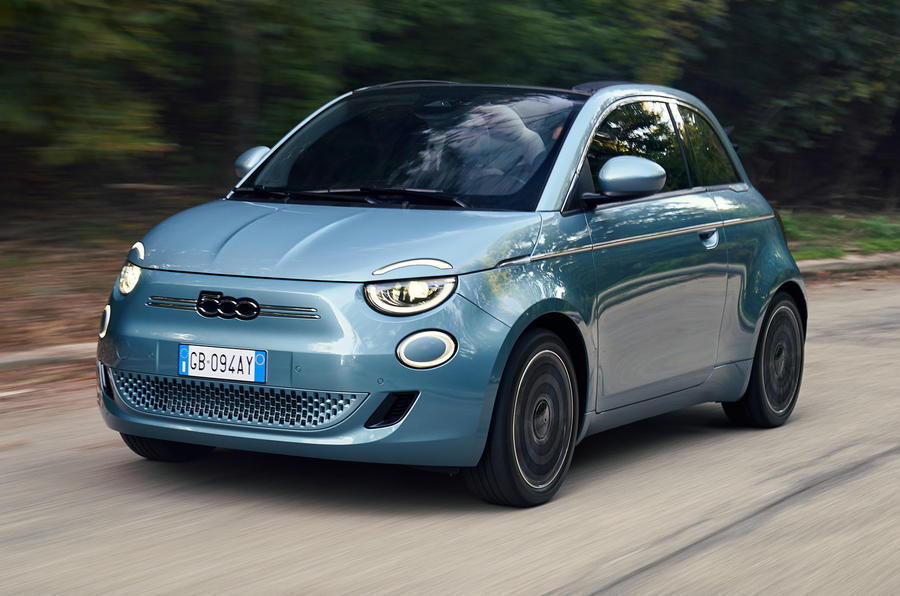 Best selling cars of all time, from each car maker

So the number 1 seller, Golf 8, is finished is it, really, some people.

I know it's only one month's sales in a disrupted market, but six superminis in the top ten with excellent placings for the Peugeot 208, Vauxhall Corsa and Toyota Yaris... and the Fiesta nowhere to be seen! Maybe European buyers are a bit more sensible with their cash than us impoverished Brits!