BACK TO ALL NEWS
Currently reading: Aston Martin to reveal manual Vantage AMR imminently
UP NEXT
Volkswagen ID Aero is EV Passat equivalent with 385-mile range

Aston will revive its racing-inspired special with a manual gearbox, expected to be shown in the coming days
Open gallery
Close
News
by %user:name
2 mins read
Share

Aston Martin has previewed a new manual gearbox ‘AMR’ variant of the latest Aston Martin Vantage sports car, set to be revealed within the next week.

AMR, which, unsurprisingly, stands for Aston Martin Racing, is a badge that has been used on a number of special edition Astons in the last few years, and is currently used on a more driver-focused version of the DB11 and a run-out special of the Rapide.

In keeping with the theme of driving engagement, the Vantage AMR will see the return of a manual gearbox to the brand for the first time since the previous-generation model in 2017.

In recent years Aston has used a six-speed manual ‘box in certain models, but the V12 Vantage S was fitted with a seven-speed manual towards the end of its life, making use of a motorsport-inspired dog-leg first gear layout. That allowed the top six gears to remain in the traditional ‘H’ pattern that most drivers are familiar with. 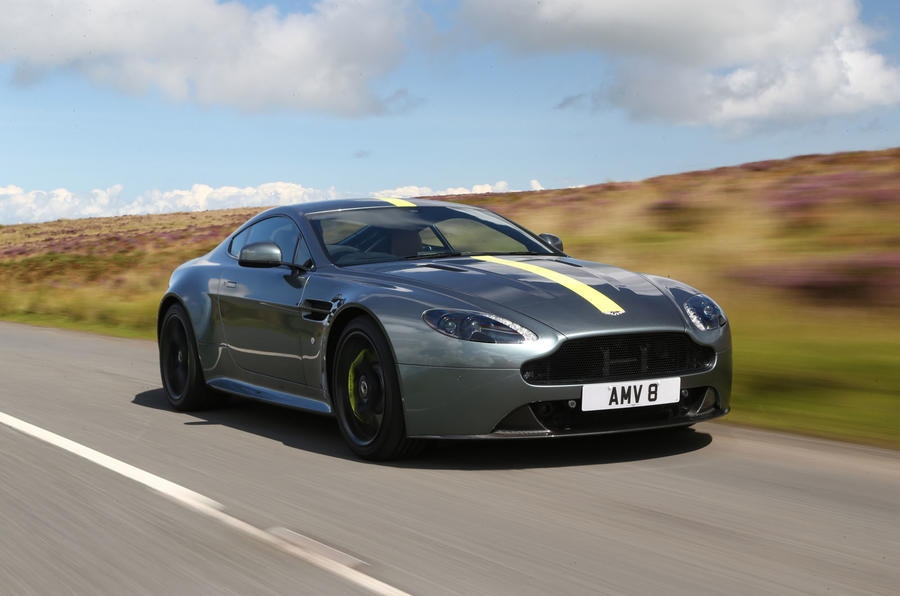 It’s not clear yet whether the new manual Vantage will revive this format, but it’s a strong possibility. Porsche offers a seven-speed manual transmission on its Porsche 911 Carrera, a close rival to Aston’s sports car.

The AMR will continue to retain the Mercedes-AMG sourced 4.0-litre twin-turbo V8, which might receive a small power boost. Expect styling tweaks, bespoke interior trim and perhaps some subtle chassis revisions, too.

Previous AMR models have been available on a limited production run with a significant price increase, and that’s likely to be the case with the new car. Expect more details to emerge in the coming days.

It is great news. But, I hope

It is great news. But, I hope the manual 'box will also be available in the standard Vantage -- shouldn't have to get the AMR version to get a manual. That said, for me, the off-the-shelf AMG engine remains a deal-breaker -- great engine, but an Aston should have an Aston engine. I'm very happy to see that Aston is developing their own next engine -- the V6 destined for the coming mid-engined cars. I do have mixed feelings about mid-engined Astons. For me, an Aston is a front-engined sports-GT. Valkyrie is a different story, as an outrageous ultimate thing, it can be anything. A V6 isn't my favorite engine layout, but I'd take Aston's own V6 over someone else's V8. I hope the V6 doesn't mean the end of the V12, though.

That is intensely good news.

That is intensely good news.