BACK TO ALL NEWS
Currently reading: Aston Martin DBS GT Zagato: 760bhp special revealed
UP NEXT
Analysis: Why the decline in diesel sales has slowed in 2022

Unveiled at an event in Rhode Island, the £6m (plus local taxes) pair are the most valuable new Astons yet built. They are sold exclusively as a pair, costing £6 million plus local taxes, and are limited to 19 models each.

Aston claims a world first in the use of carbon and metal 3D-printed interior finishes, with one of the coatings taking 100 hours to print and prepare. The first examples of the collection will be delivered to customers at the end of 2019. 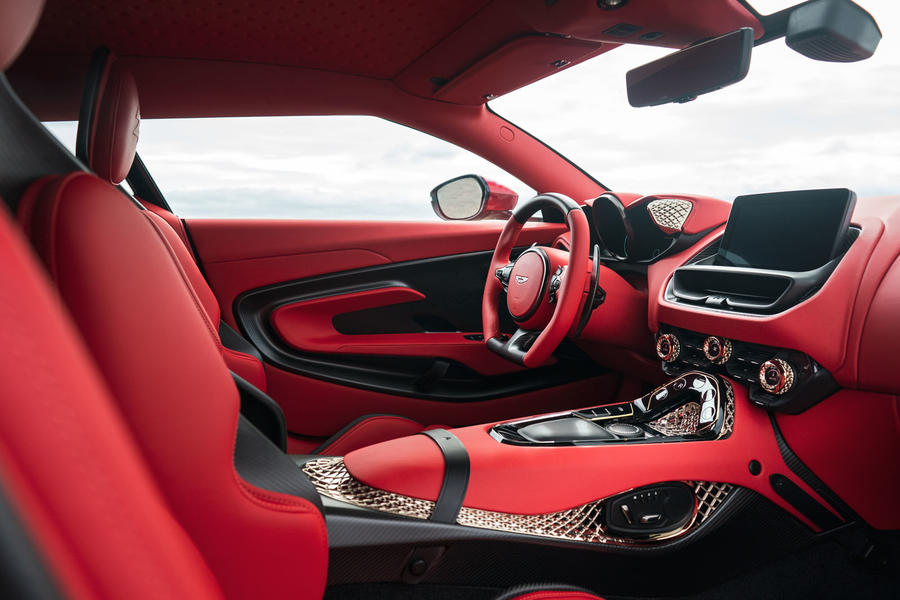 The DBS's styling was conducted by Zagato and Aston Martin’s design team. It features a ‘double-bubble’ roof styled after the original, which runs from the front windscreen to the tail of the car, replacing the rear windscreen.

The front of the car has also been restyled, with a similar bubble theme, new headlights and a reworked Zagato front grille. The car gains a unique wheel design too.

The previously announced DB4 GT Zatago Continuation is offered as a track-only car, because the specifications will exactly match the 58-year-old original design. That will include an updated version of the original’s straight-six, 380bhp engine.

Wow Zagato. You have destroyed the DBS

Love love love the remake. But Zagato come on. What the hell have you done the the DBS. It looks terrible.

The DBS is in my top 3 favourite cars, but IMO this Zagato is a backward step.

I don't understand these being sold as a pair in that would somebody who wants one of those really want the other?

That interior hurts my eyes. I know money doesn't always equate to classy design, but isn't this going too far?