BACK TO ALL NEWS
Currently reading: Alfa Romeo to revive GTV as an EV in sweeping range renewal
UP NEXT
Tesla to expand select UK Superchargers to other electric vehicles

Alfa Romeo is plotting a revival of the GTV as an electric four-door coupé flagship under a sweeping revival plan that will include a major revamp of its model line-up, Autocar has learned.

Seen as a technological flagship for Alfa Romeo’s future line-up, the modernday GTV is one of a number of proposed new models being considered by the Italian brand’s new CEO, Jean-Philippe Imparato, to spearhead its embracing of electrification and other key technologies.

“There’s no announcement at this stage, but [in] the GTV I’m very interested,” said Imparato, the former Peugeot boss who took control of Alfa Romeo in January.

Autocar has been told that proposals for the revival of the GTV extend from a retro-inspired two-door coupé to a contemporary four-door coupé in the mould of the BMW 4 Series Gran Coupé, with both electrified combustion engine and pure-electric drivetrains possible. 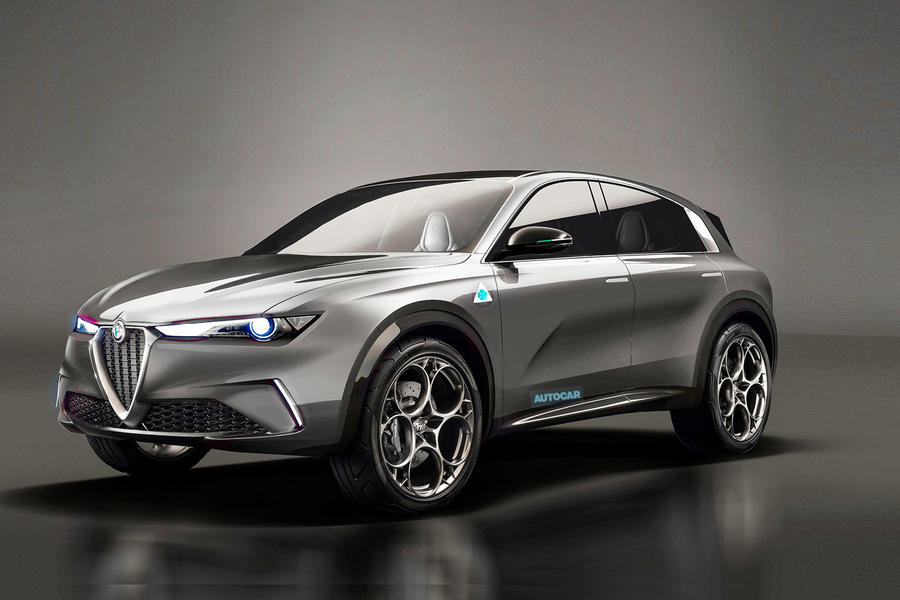 There’s no clear indication yet as to the direction it will take, but planning documents referenced by Alfa Romeo insiders suggest that it could be targeted at the Tesla Model 3 and newly unveiled BMW i4 electric saloons.

The GTV name has been used by a number of different Alfa Romeo coupé models over the years, most recently for a two-door 2+2 sold between 1995 and 2005.

Under an earlier strategy, the GTV name was planned to be revived for a two-door version of the Giulia saloon. However, despite being developed to production maturity, its introduction was cancelled earlier this year.

Imparato has some form for using retro designs to promote electric technology. During his time at Peugeot, he approved the much admired e-Legend concept, an electric coupé with muscle car styling inspired by the 504 Coupé. Although Peugeot ruled out a production version because it wouldn’t be commercially viable, Alfa Romeo’s more upmarket position could potentially justify a premium-priced electric coupé.

Alfa Romeo is one of 14 brands controlled by Stellantis, which was officially formed in January from the merger between Fiat Chrysler Automobiles (FCA) and the PSA Group.

Under Imparato, Alfa Romeo is preparing a groundup renewal of its line-up by the middle of the decade, with future models set to be based around all-new platforms and electrified drivetrains from Stellantis. The revamp is aimed at achieving greater economies of scale and profitability.

Imparato, who has established a 49-strong team of managers to steer the Alfa Romeo revival strategy, said that he believes it “has the potential to be the global premium brand of Stellantis”. 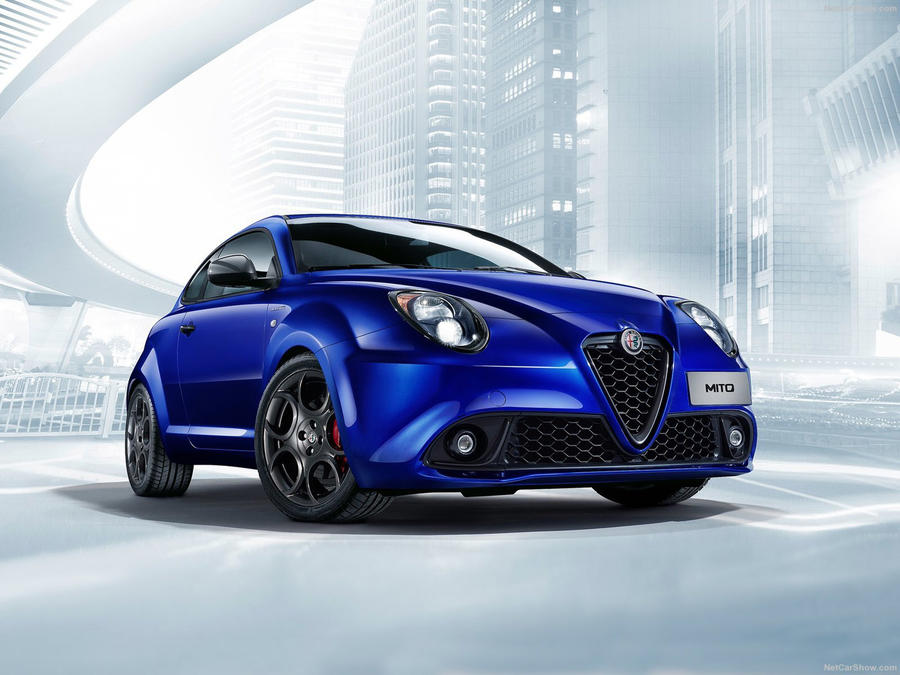 Imparato’s plans are backed by Stellantis boss Carlos Tavares, who has pledged investment in Alfa Romeo for the next decade. “It will move to electrification,” Tavares said, “but in a dynamic way. Imparato is an Italian citizen and is driving the brand with passion and vision for what needs to be done.”

By 2025, just one Alfa Romeo model, the upcoming Tonale compact SUV, will use an FCA-developed platform. The rest will be based around one of three passenger car platforms originally developed by the PSA Group and made available to Alfa Romeo by Stellantis, giving the Italian brand access to pure-electric drivetrains in all but one of its planned future models.

Development of the new Alfa Romeo line-up is being expedited in a process similar to that undertaken by Opel and Vauxhall after they were purchased from GM by PSA.

Alfa Romeo is already building on its existing design activities in a bid to give future models the characteristic Italian stylistic flair and driving dynamics that Imparato says he considers to be central to its brand identity.

Imparato has brought in Alejandro Mesonero-Romanos to head Alfa Romeo design. Formerly the head of design at Dacia, the 52-year-old Spaniard is best known for his work at Seat, where he was responsible for the latest Leon and the Arona, Ateca and Tarraco SUVs.

Alfa Romeo will continue to operate in close company with Maserati under Stellantis ownership. The two Italian premium brands will pool more areas of their engineering and development activities as well as sales and service operations in moves aimed at improving their exposure in key markets, including the US and China.

Imparato’s arrival at Alfa Romeo has come too late to significantly influence its next model, the Tonale, which was conceived and largely developed under a number of predecessors. However, he is taking measures to ensure that the Audi Q2 and BMW X1 rival lives up to expectations. 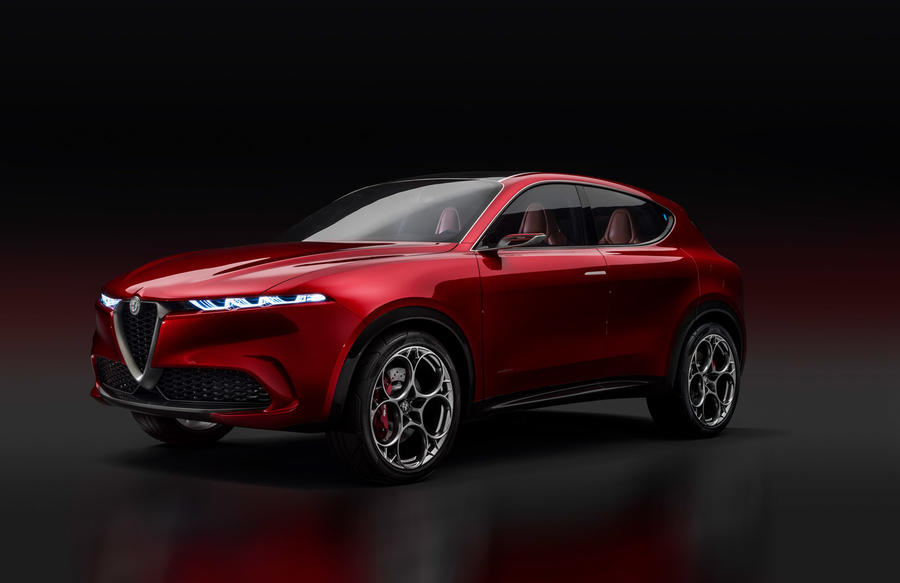 As previously reported by Autocar, the Tonale has been delayed until 2022 as engineers are put work on improving the performance of the plug-in hybrid version of the new SUV, which is based on the FCA-developed Small-Wide platform.

The Tonale will indirectly replaces the Giulietta, which ceased production last year after a run lasting a decade.

Entry-level Brennero SUV due in 2023

The first Alfa Romeo model to really benefit from Imparato’s and Stellantis’s leadership will be the firm’s upcoming third SUV, known internally as the Brennero. Set to be produced alongside successor models to the Fiat 500X and Jeep Renegade in Poland from early 2023, it will form the future entry-level point to the Alfa Romeo line-up.

It will be based on the PSA-developed CMP platform, now known as the STLA Small, which underpins a wide range of models, including the Citroën C4, the Peugeot 2008 and the Vauxhall Mokka.

The STLA Small can house multiple powertrains, and the Brennero will be offered in both combustion-engined and pure-electric forms. Set to become Alfa Romeo’s first electric production model, it’s scheduled to run a 134bhp electric motor driving the front wheels in combination with a 45kWh (net) battery, which should deliver a claimed range of around 200 miles.

Key to the plans laid out by Imparato since his arrival at Alfa Romeo is the adoption of the STLA Large platform. Initially developed by fellow Stellantis brand Peugeot, it will be used for all future combustion-engined Alfa Romeo models as a replacement for the Giorgio platform that underpins today’s Giulia and Stelvio.

Unlike the Giorgio, the STLA Large was developed to support electrification. This will allow Alfa Romeo to offer mild-hybrid and plug-in hybrid variants of future models without expensive redevelopment of the Giorgio platform – something seen as vital to growing sales and helping the company return to profitability within the framework of increasingly tight emission regulations both at home and in key export markets.

The version of the STLA Large platform to be adopted by Alfa Romeo is planned to feature unique chassis components. Engineering is already under way to adapt various systems used by the Giorgio platform, including its steering and suspension, to the new structure, which is also destined to be used by Maserati for its next-generation Ghibli saloon and Levante SUV.

Speaking to Autocar recently, the head of Alfa Romeo products, Daniel Guzzafame, said: “We want to keep the good things from the Giorgio platform. There are opportunities that we’re studying now.”

It is yet to be confirmed when the Giulia and Stelvio will adopt the STLA Large platform. However, insiders suggest that successors to today’s models, due in 2023 and 2024 respectively, will switch to the new structure, which could also underpin the new GTV.

Like the next Giulia and Stelvio, the GTV is proposed to be sold in mild-hybrid and plug-in hybrid forms, as well as with the option of a pure-electric variant.

In a recent media presentation, Stellantis suggested that the STLA Large platform will support pure-electric drive with ranges of up to 497 miles.

Development of a pure-electric drivetrain for the new platform is already well under way in co-operation with Japanese electric motor specialist Nidec and French battery cell and battery production company Saft.

The GTV isn’t the only classic Alfa Romeo model being considered for a revival. Imparato has also revealed that he has a personal liking for the Spider, suggesting that it could be brought back to the company’s line-up. The last Spider model was produced between 2006 and 2010.

“I love the Spider. But allow me to bring Alfa Romeo to a certain level of economic performance, and then we speak,” he said of recent reports about reviving the two-seat convertible.

Also under consideration as part of Alfa Romeo’s 10-year revival plan is a successor to the Mito supermini, which ceased production in 2018. Although it’s not confirmed, insiders close to Imparato suggest that it’s likely to be twinned with a follow-up to the Lancia Ypsilon, building off the same STLA Small platform as the Brennero, with a new five-door hatchback bodystyle for added versatility.

The return of the Mito is considered essential to attract younger buyers back to the Alfa Romeo brand, although sources suggest that priority is currently being given to SUV models.

I really like the render of the Alfa Romeo GTV mock up, the proportions are great. Simplify the front end, and have the proper Alfa grille shape, and it would be amazing.

So the way to "fix" Alfa Romeo is to revert to making it just another badge on a corporate platform. Do they ever learn from history? Sounds like a sure way to ruin Alfa. The reason the Giulia and Stelvio are so good is that they have their own, purpose-designed platform, the Giorgio - NOT a version of a platform that is supposed to be all things to all brands to all buyers. Yes, I know Alfa needs to sell more cars. But Alfa is not, and won't ever be, Audi or BMW. Nor should it be. Recognize that it's a lower-volume brand, and develop a business plan to take advantage of what it is, rather than try to turn it into something it's not.  Develop a strategy to make it more profitable at relatively low volumes. Don't try to make it into a zilllion-annual-sales brand. Because it won't be. It's somewhat encouraging that they are trying to incorporate some of the Giorgio platform's greatness into the next corporate platform, but that they need to in the first place illustrates the massive compromising that is inherent in trying to make a corporate-wide platform be all things to everyone. Looks like I'll either keep my 2018 Giulia for a long time or buy one of the last new ones before it's replaced.

Mortz 21 June 2021
My first car was a MiTo and I’m now on my second Giulietta. As a young person I can’t even afford to dream about the Giulia or the Stelvio so I’m happy they’re utilising the Stellantis platforms. The already great-looking 208 would be even better with an Alfa body!
View all comments (12)