BACK TO ALL NEWS
Currently reading: Alfa Romeo Giulietta to be axed this year
UP NEXT
Fisker goes radical with Pear EV SUV

The Alfa Romeo Giulietta will be axed later this year as the Italian maker focuses on expanding its more profitable SUV line-up.

The hatchback was not included in plans for the brand detailed late last year, but its off-sale date had not been confirmed until now.

Fabio Migliavacca, customer synthesis boss for Alfa Romeo, said: “Giulietta is expected to finish its life at the end of this year. The trend is to have SUVs in the C-segment, so the Tonale SUV will be the replacement for Giulietta.”

He added that Alfa Romeo was focused on ensuring the upcoming Tonale would have the same driving dynamics as the Giulietta despite being an SUV. “We don’t expect driving dynamics to be a weak point for the Tonale,” he said. 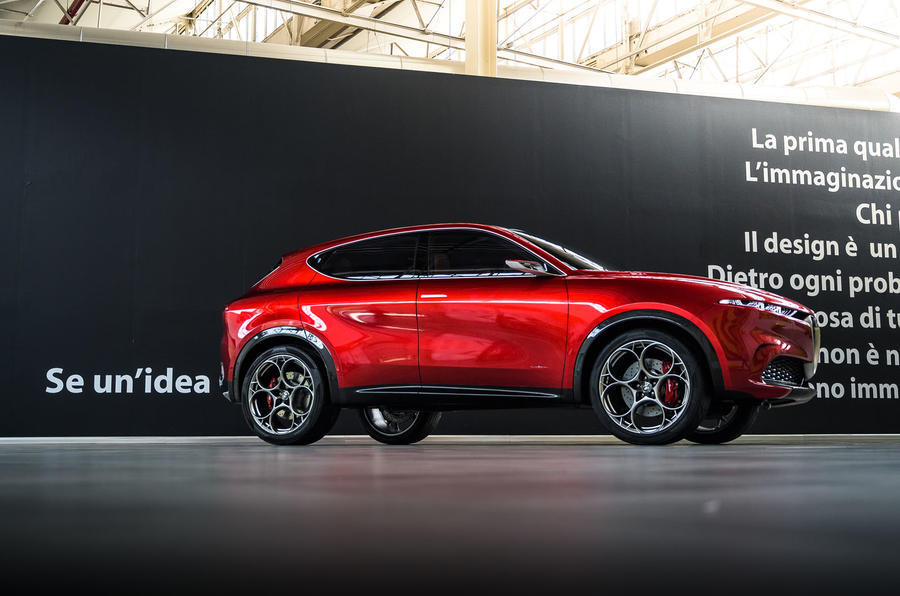 Meanwhile, the Tonale (above), which has already been seen in concept form and through leaked images, is expected to be revealed officially this year, although the coronavirus pandemic may well delay its launch.

The Tonale will sit below the Alfa Romeo Stelvio in Alfa Romeo’s SUV range and will be the brand’s first plug-in hybrid, employing a similar set-up to the Jeep Compass 4xe PHEV, which is promising an electric-only range of 30 miles.

Migliavacca said that although the plug-in hybrid Tonale will have commonalities with its Fiat Chrysler Automobiles (FCA) stablemate at Jeep, it will still be an Alfa Romeo: “For the performance side of things, it will be an Alfa Romeo. Every single brand in FCA keeps its identity even with shared elements.”

It's a bit too big, needed something between this and Mito.  This is no where best in class, but it is probably the most enjoyable in class, and having fun is more more important than showing off.  Very sorry to see it go without a replacement, and I dont consider the truck an alternative

I considered buying a Giulietta a few years ago but was worried by reliability & dealer reputation. It was a nice car but was feeling a bit dated then. Not sure why there are so many negative comments about it being replaced by an SUV. It's a segment that commands high sales so would be crazy for a manufacturer to ignore. Surely car design is cyclical. All the cabriolet versions of popular cars in the 80's from Escorts to Sambas. Now non existent. Booted saloons like the Orion, Jetta, Belmont etc again out of fashion unless you live in Russia

If the Giulietta only sold

If the Giulietta only sold 79000 in its best year, and considerably less after then I'm not surprised it wasn't replaced, indeed it sold worse than the 147