BACK TO ALL NEWS
Currently reading: 2024 Evoque, Discovery Sport to lead new-era Land Rover EV line-up
UP NEXT
Hyundai i10 EV successor primed for 2024 launch

Land Rover has drawn up plans to revolutionise the next-generation Evoque and Discovery Sport by building them on an all-new EV-focused platform with a petrol-fuelled range-extender unit.

Called the Electrified Modular Architecture (EMA), the new platform will be designed from the outset to accommodate advanced driver assistance systems and extensive cloud connectivity.

The huge EMA project will be part of a £10 billion investment programme running until 2026. JLR’s wider plans include the launches of the all-new Range Rover Sport 3, Velar 2 and Discovery 6 models, all based on the upcoming MLA platform. The Discovery 6 is now expected to be built at Solihull, rather than in Slovakia, after the Jaguar F-Pace is phased out completely to make way for that brand’s all-electric next-generation line-up.

The EMA is hugely important to JLR’s future prospects and its aim to become consistently profit-making. Indeed, JLR estimates that EMA-based vehicles will account for half of all company sales by 2030 and potentially 325,000 high-profit models annually. 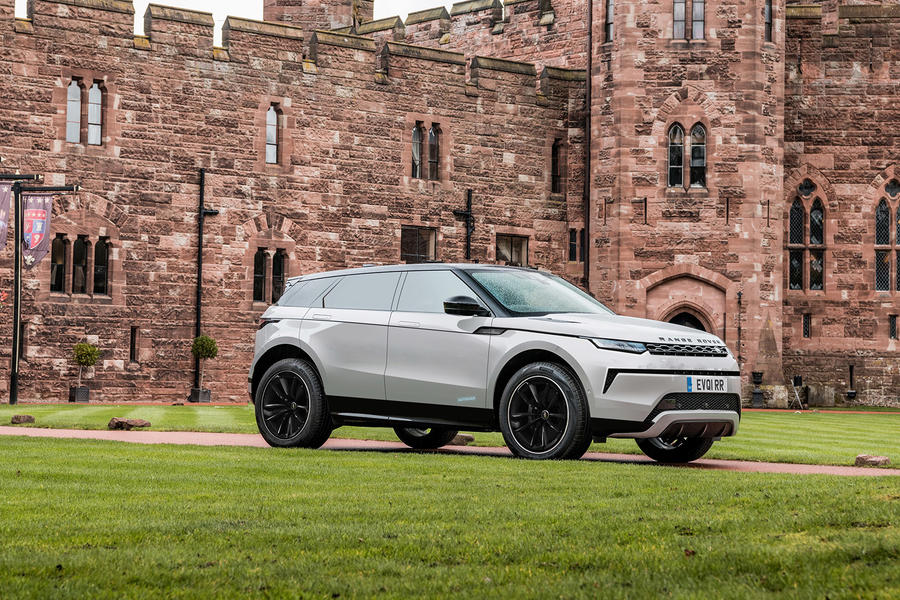 Autocar understands the first EMA-based new car will be the next Evoque, launched in 2024 and followed quickly by the third-generation Discovery Sport. It’s expected that the EMA production line will be installed at the company’s Halewood plant.

However, Land Rover has already revealed to investors that there will be two more Defender family models launched over the next six years. JLR has not released any details about the two new Defender models, although one is expected to be a pure EV and neither will be based on the D7x platform used by the current, L663-generation Defender.

The upshot is that both are expected to be based on the EMA, so it’s possible that JLR’s plant in Slovakia could also receive an EMA production line to enable it to build the new generation of vehicles for the European Union market.

Autocar also understands the EMA-based models will make a tangible move upmarket. According to details revealed to investors, JLR says its future models – starting with the MLA-based Range Rover next year – will be pitched firmly in the most profitable market sectors.

Specifically, this is likely to mean that the new Discovery Sport and Evoque will be given higher entry pricing, partly due to the extra development and construction costs of a substantially electrified platform. Expect showroom prices in late 2024 to kick off at close to £40,000, and for both the SUV models to have an EV range of at least 60 miles.

In effect, the EMA is a native EV platform that can house either a large floor-mounted battery pack or a smaller hybrid-sized battery but with the addition of a small range-extending internal combustion engine (ICE) “engineered with lean-burn technology”.

Overall, it is a very similar solution to the platform used for the Mazda MX-30, although the range-extender version of the Mazda will have a small rotary engine as a powerplant. 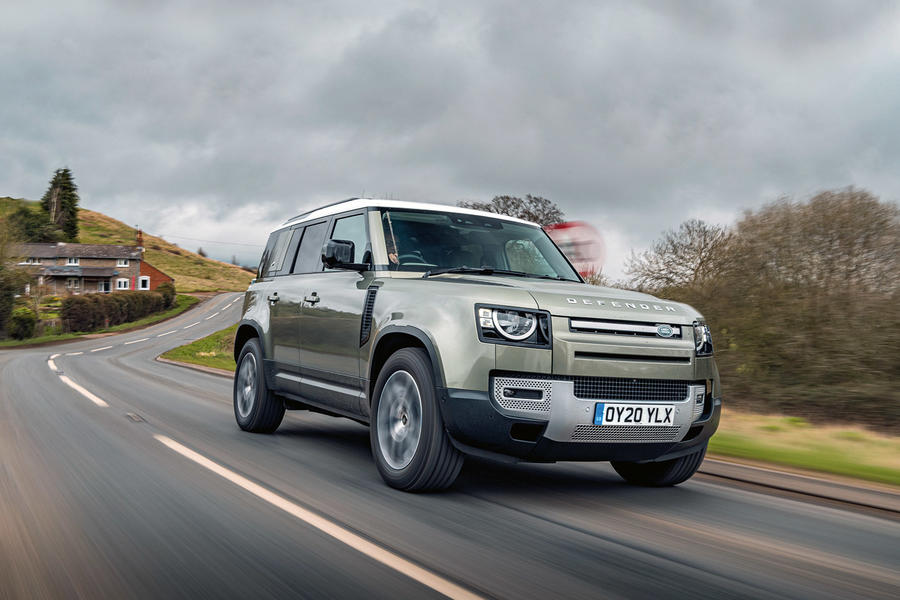 This is because torque and power can be finely metered to each wheel individually, reducing slip and allowing drive to be directed to the wheels with most grip in a much quicker and controllable way than electromechanical systems can achieve. Similar improvements in on-road handling and ride – such as eliminating understeer – are possible for the same reasons.

According to JLR’s internal briefing notes, the EMA is “engineered around the battery, the highest-value component”. The briefing also says the EMA is engineered to be simple and will accommodate batteries of differing chemistry. Its flat floor “will allow maximum interior space”, a characteristic that will facilitate the survival of the seven-seat Discovery Sport.

All-wheel drive will be delivered by new JLR-designed 800V-capable electric drive units that, the company says, will be the “most torque dense in class”. JLR engineers also say the new motors are “92% efficient”, offering as much as 4-4.5 miles of travel per kWh of electricity consumed.

Equally important will be the introduction of a new electrical architecture, which is likely to make its debut on the EMA and is described as an “in-house-engineered, state-of-the-art, domain-based Electrical Vehicle Architecture”. JLR says it has an ‘ethernet backbone’ that enables the “consolidation and reduction of the number of ECUs”.

According to JLR documents, the new Evoque and Discovery Sport will be equipped with level two, level two-plus and level four autonomous functionality and will be capable of communicating with other cars and infrastructure, such as traffic control networks. In addition, so-called “off-board data management” will allow for “predictive maintenance and prognostics” on both cars.

Like many other car makers, JLR is hoping it can open up new revenue opportunities through connectivity. The new electrical system will allow over-the-air updates of software and firmware, offer a new-generation JLR app, enable new payment systems and allow JLR to offer customers “curated digital media and tailored brand experiences”. 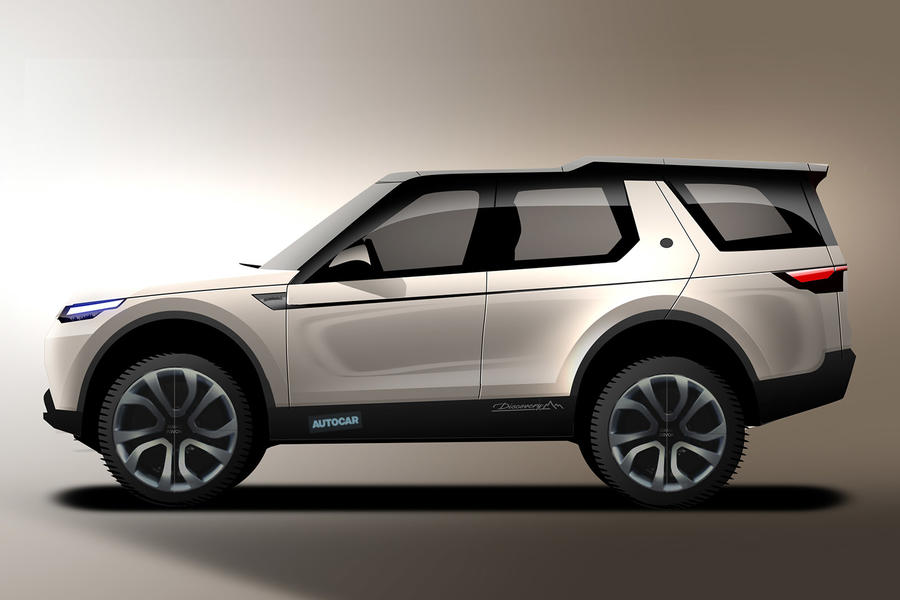 In terms of the manufacturer’s evolving powertrain strategy, hydrogen propulsion remains on the future technology map. Officially, JLR says it’s “too early” to say what will happen with its existing fuel cell research programme, known as Project Zeus.

However, JLR’s internal briefing suggests that fuel cells could be “leveraged in the future” as rangeextending hardware for an “advanced electric propulsion” powertrain. It’s a statement that suggests Land Rover is adopting range-extending EV technology as a long-term bet.

As part of the bold ‘Reimagine’ transformation plan, Land Rover will swap all of its models onto one of two platforms: the ‘EV-native’ EMA platform (see main story) and the mixed-powertrain Modular Longitudinal Architecture.

The MLA platform will arrive first, underpinning the full-sized Range Rover flagship in 2022 before being rolled out to the Range Rover Sport. The flagship XJ EV from sibling brand Jaguar was due to share the MLA but was axed earlier this year from the brand’s future line-up. The predominantly aluminium platform can accommodate pure-electric, mild-hybrid and plug-in hybrid powertrains and will be used for cars built at Land Rover’s Solihull factory.

It remains unclear what the future holds for the Velar. Land Rover has committed to launching an EV-only model within the next five years, and an electric powertrain would serve to more substantially differentiate the Velar from the partially combustion-fuelled Evoque.

The F-Pace may be the best selling Jaguar but it still sells less than the more expensive Range Rover Velar. That shows how image is everything with expensive cars. There are 4 models based on the J7a platform: Going from cheapest to dearest: The XE, XF, F-Pace and Velar. The best seller is the Velar. The XE is a bargain, which is why it's being discontinued. It doesn't make any money.

The plug-in hybrid engines are already restricted to higher trim levels. Look at today’s review of the Discovery Sport.

Because everybody was complaining that Range Rover Evoque and Discovery Sport were too down market...

And I read in the comments they're cancelling the F-Pace? Has JLR lost it's mind? Cancelling their best seller?

I think they need to sack their CEO and find someone competent.