Uprated version of Aston's SUV has been spotted at the Nurburgring, allegedly with a V12 soundtrack
Open gallery
Close

Aston Martin is readying a heavily uprated performance version of the DBX to rival the Porsche Cayenne Turbo GT – and it could adopt V12 power.

Fresh shots from our photographer at the Nürburgring show a lightly camouflaged prototype being put through its paces, Signs of a bespoke styling package for the range-topper centre around a new front grille and beefed-up air intakes, but more telling are reports that the car sounded extremely similar to the V12-engined DB11 and DBS.

Autocar reported earlier this year that work was under way on a sportier DBX to arrive after the mild-hybrid, due in 2022, as part of Aston’s plan to expand the DBX nameplate into a diverse model family in the vein of its Porsche Cayenne rival. Based on the styling changes and the likely timing of its development cycle, it could arrive as part of a mid-life update for the luxury SUV, which was launched to the market in 2020.

Thought to be called the DBX S and arriving in 2023, it will no doubt be marked out by more aggressive bodywork, lowered suspension and upsized brakes, in line with a power hike that will take it far beyond the 542bhp of the standard car. As deployed in the DB11 AMR, Aston’s V12 pumps out 630bhp, almost an identical output to the new Porsche Cayenne Turbo GT. 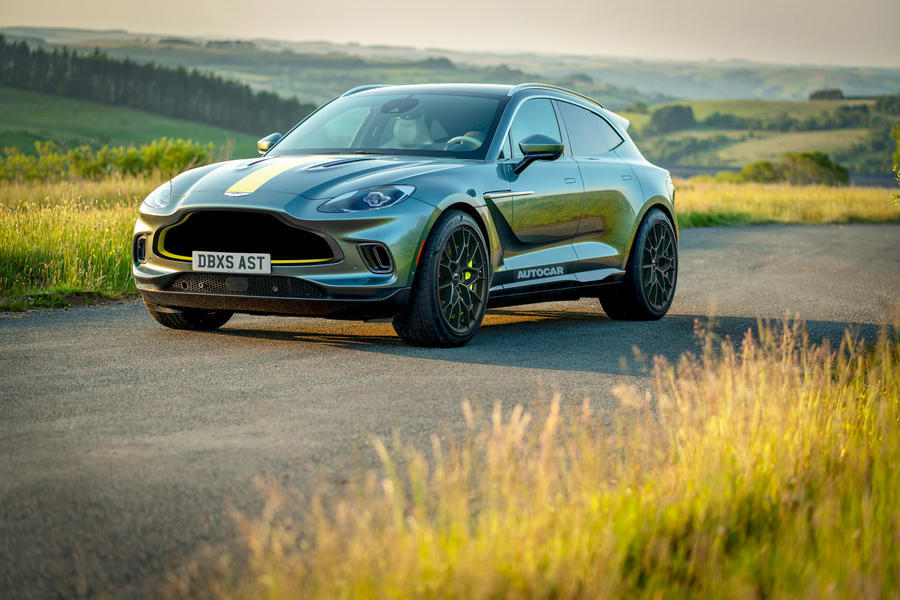 However, the AMG-engineered V8 used by the standard DBX is also available with 630bhp in the German firm’s GT 63 S super-saloon. It is unclear whether a V12-engined DBX would make series production, or if Aston would continue to leverage its partnership with AMG to secure V8 engines at a lower cost.

Aston was recently spotted testing a V12-engined version of the Vantage coupé, which alongside an identically powered DBX would mean the firm offering 12-cylinder versions of all models except the V8-only Valhalla supercar.

Autocar understands that Aston Martin will seek to offset the substantial cost of developing the DBX by introducing new bodystyles as well as a variety of engines. Variants on the cards include a rakish-roofed coupé variant, which designer Marek Reichman strongly hinted at last year, and an extended-wheelbase version with a focus on passenger luxury.

A V12 will always have a certain appeal.   And it's obvious that Aston will fit one, and they were also supposed to be fitting the V6 Hybrid they nearly had ready before Tobias Moers killed it off.

But that styling will still be the problem.   Simply not good enough.   Give a competent designer a chance and he'll do a better job than Reichman.

If you want to save Aston both Reichman and Moers needs to go.   Stroll will soon learn that when he becomes a millionaire again.

I know this will get a sharp in take of breath,but, I'm going to say it anyway, why the V12?, you don't need all those extra cylinders, modern smaller capacity produce more torque, it's a thirsty beast the V12, ok, I know that doesn't necessarily matter, but, it just doesn't bring anything to the party that's going to sell more of these cars, why no EV instead,ok, maybe a heavy car, but it'll be faster,and I think it'll cost too much.