You’ve got to be quite bold to put the GT badge, usually reserved for Porsche’s most road-focused sports cars, on an SUV like this new Porsche Cayenne Turbo GT, a type of car whose ethos wasn’t originally born out of just making a 4x4 a bit nicer on the road.

Now being an SUV it includes a – and almost sorry to mention this – 7m38.9s Nurburgring lap time, which is faster than, well, you almost certainly don’t care. What we might both care about is how a Cayenne Coupe responds to the Weissach treatment.

There are some significant changes. On the outside that’s bumpers, spoilers and the like – all functional changes – with 22in wheels. Inside they’ve slaughtered a herd of Alcantara, the poor things, which with a yellow rev-counter and huggy seats immediately makes things feel much more racy.

Power from the 4.0-litre engine is up by 89bhp and 52lb ft over the regular Cayenne turbo (to 631bhp and 627lb ft) thanks to Cayenne-specific alterations inside the motor, plus a (small) increase in allowed boost pressure, easier flowing injectors and a titanium exhaust.

Most significantly, though, it gets everything thrown at the chassis. It’s 17mm lower than the Cayenne Turbo (so 7mm lower than a GTS), 10% stiffer in normal mode and 15% stiffer in Sport mode than a Turbo, too. It gets active roll control, torque vectoring by braking, ceramic brake discs and rear-wheel steer all as standard, as well as three-chamber air springs.

To give it more front bite, the front track is wider and camber increased, while the rear damper mounts are stiffer too, which tends to give greater precision. All of which sounds like it could make for a quite exhausting road car. 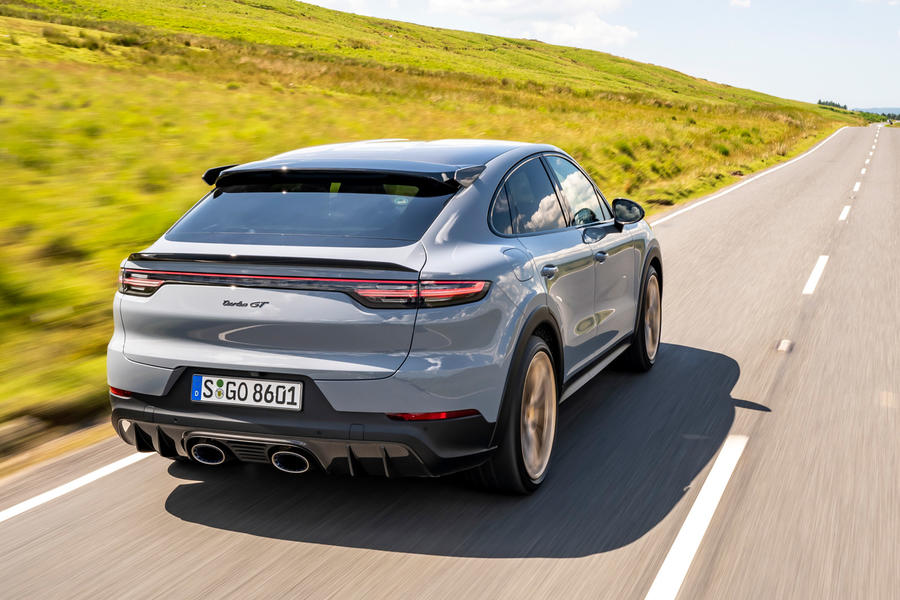 Actually it’s not so bad. On small throttle openings during in town mooching the engine is restrained and modestly woofly, while that the Cayenne gets a torque converter automatic too (because of its towing capability) and not a twin-clutch box means shifts are really smooth and refined.

If there is a refinement issue, it’s that the stop-start stops before you’ve reached a standstill, so the brake pedal goes hard and steering firms up while you’re still rolling, which is a nuisance for driving smoothly.

Porsche perhaps figures you won’t mind. Certainly it accepts less refinement in daily driving than many of its rivals so, while wind noise is restrained, the Turbo GT (and quite a few other Porsches, to be fair), do have quite a bit of road noise, for which 285/35 and 315/30 P Zero Corsas and stiffened bushes must accept some culpability.

Its steering is really terrific; medium weighted and with that linear accuracy and a natural-feeling torque build up that Porsche injects into its best cars. I doubt you’ll switch out of Normal suspension mode on typical British roads, because body movements are well-controlled enough and, actually, I don’t think cope with poor surfaces any better by being tied down more firmly.

If you’re wondering whether the ride in an SUV can really feel like a GT Porsche’s then, yes; in that it’s incredibly tightly controlled, and has a last, tiny bit of necessary compliance beneath the general firmness of it all, it has it.

And the engine, when you wind it up, is pretty mega. I found myself using the steering wheel paddles to surf around on the mid-range torque, but the V8 gets angrier the closer to the 6750rpm limiter you take it. But honestly – it’s a 3.3 second to 62mph car that weighs 2.2 tonnes and will get to the legal limit in second gear – so there’s only so often you can take it there. 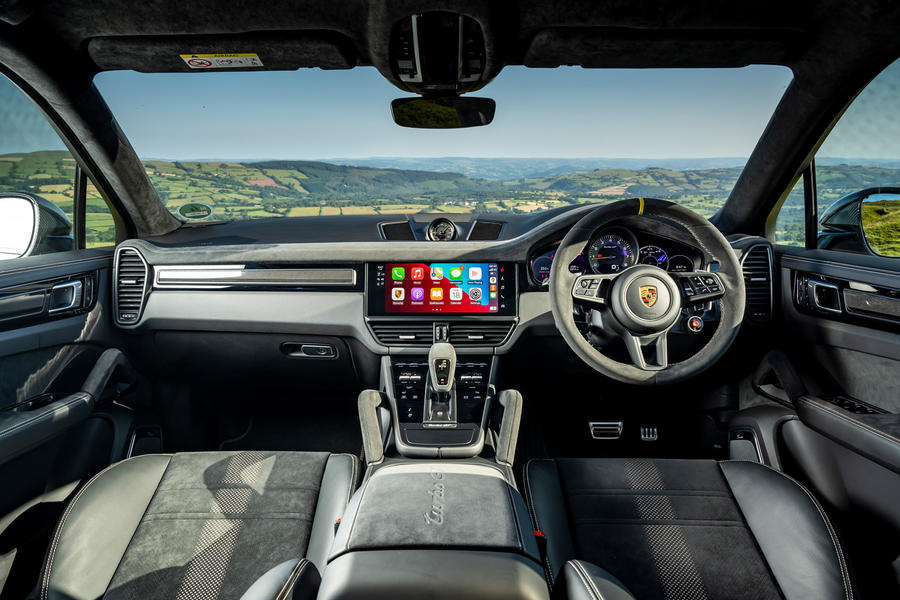 While you could argue all day about the value of trying to mate a car like an SUV with the dynamics of a GT Porsche – and it’s not really my cup of tea - there’s no doubting the execution. 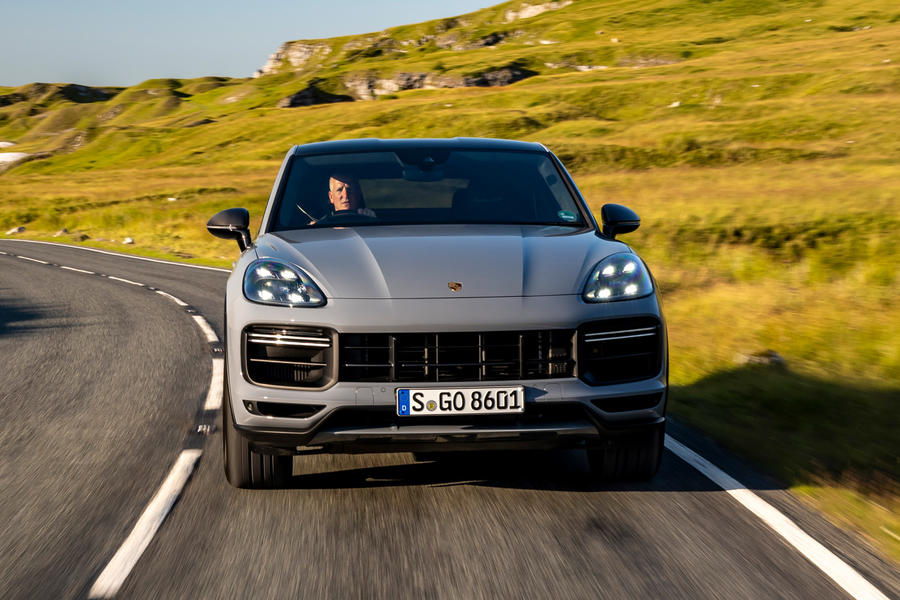 Log in or register to post comments
abkq 27 July 2021
The continuing sales success of the pointless SUV coupe is one of the great mysteries in motoring history.
BlahBlah43 27 July 2021
For those that wanted a frumpy looking Urus, enjoy.
SimonDaukes 27 July 2021

Cayenne Turbo GT.  Great, bring it on. I love fast lorries. But why only in the stupid chopped body. If I want a fast lorry, i want it to be a lorry not this ugly and pointless compromise.