BMW will soon crown its SUV line-up with a range-topping X8 – including a flagship hybrid M version that will be the Munich firm’s most powerful series production model to date.

BMW has fuelled rumours that the Porsche Cayenne Turbo S E-Hybrid rival is about to be unwrapped, confirming "an all-new high-powered, hybrid-electric, concept vehicle" will be shown to media at the LA motor show on 16 November, ahead of a public reveal on 29 November. Notably, Franciscus van Meel, boss of the M division and Marcus Syring, head of M design, will be on hand at the reveal - suggesting a heavy performance focus for the new model.

Expected on sale in 2022, the X8 serves as a sportier, more daringly styled version of the seven-seat BMW X7. Although the X8 was once thought to take coupé-like rear-end design cues from the smaller X6, these first spy shots reveal that it retains a squared-edged roofline – albeit one that appears to be lower than the X7’s.

This suggests that the X8 will retain three rows of seats, either in seven-seat form or with six captain-style chairs offering greater luxury. Neither is confirmed, though.

Other design cues that mark this car out from the X7 include what appears to be a sharp nose design and broader shoulder line, plus a reduction in the glasshouse.

Details of the X8’s technical make-up have yet to be revealed, but the expectation is that it will share its platform and much of the wider mechanicals with the X7. That means a range of six-cylinder petrol and diesel engines with mild-hybrid tech, an eventual plug-in hybrid and a 4.4-litre twin-turbo V8 with 523bhp in an X8 M50i.

But, unlike the X7, the M50i won’t be the pinnacle of the range because the X8 has also been conceived with a full-fat M version at the forefront of its development. The X8 M will feature a plug-in hybrid system, mating the 4.4-litre V8 to an electric motor and battery pack. Insiders suggest anything up to 750bhp would be possible as a result, making this easily the most powerful BMW yet. 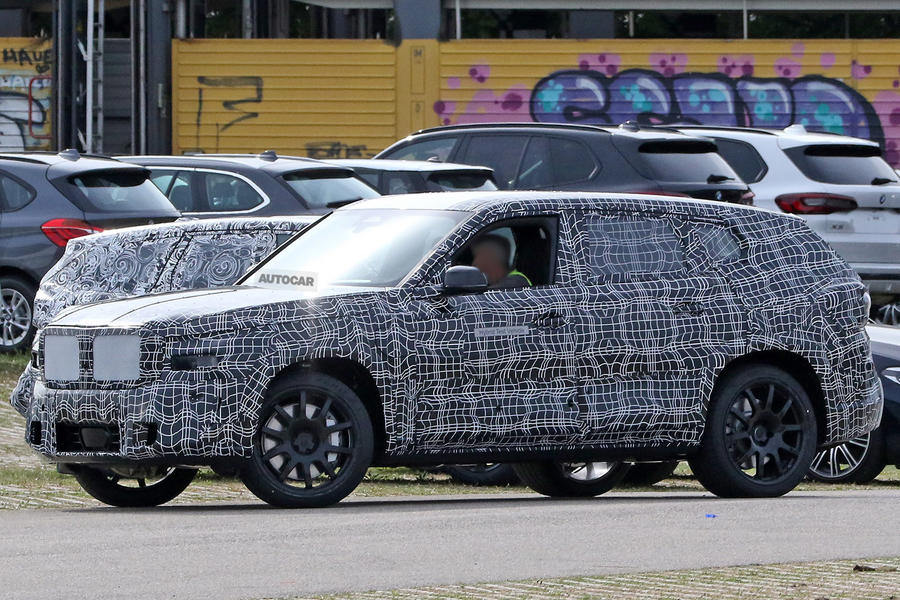 Internally dubbed Project Rockstar, the X8 M hybrid will mate an electric motor of around 200bhp to the petrol engine and offer four-wheel drive. However, it is likely to adopt the switchable system of the M5 and M8 models, allowing on-demand rear-wheel drive when required.

The plug-in hybrid element will also allow BMW to dramatically reduce the car’s fleet average emissions. Expect a CO2 rating of well under 100g/km as a result. What’s not yet clear is if BMW is also planning a conventionally fuelled X8 M to sit alongside it, with reduced power and weight.

Given the X7 M50i is over £90,000, these range-topping models should push the X8 well into six figures. However, the most affordable X8 is expected to start from around £80,000.

I guess BMW will be filling the price gap between the X7 and the Cullinan, with the X8 in its various iterations! This would also be, in so ways, pitched as an alternative to the Maybach/GLS?! The Maybach featuring on luxury and effortless power, but the X8M especially being more dialed in on driving enjoyment, with power to spare. One way or another, they will probably sell every one the make and this will only add to their fortunes in the coming years, making their transition to the maker of BEVs that much easier for them.

Pretty much the perfect family car.  If one has squillions of dollars.  Love it.

The render is going flatter. The actual thing will be far worse.