Peugeot's 3008 is soon to receive a mid-life facelift to bring it into line with the brand's newest models, leaked images reveal.

The new shots, posted on a Peugeot forum by a regular user who claims to have found the shots buried in a firmware update, appear to show the family SUV wil receive a new front-end design in line with the latest 208 and 2008 models.

This includes the same 'fang'-like vertical LED daytime running strips at the front, which also serve as the indicators. The grille and headlamp design is altered, too, with larger intakes and new black plastic trim. A new wheel design features, too.  A shot of the rear-end reveals no significant changes, however. 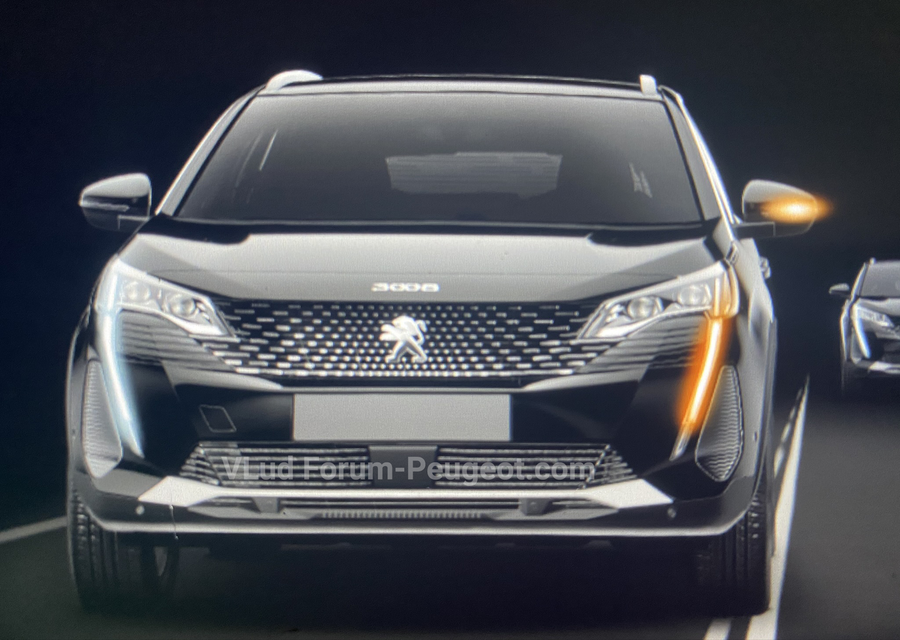 Inside, there don't appear to be any extensive cosmetic changes, although a larger infotainment screen features. It's likely updates will focus on this and other technology, with an updated suite of driver assist systems and connectivity features expected.

Further information on the updated 3008 is scarce. It's unlikely there will be huge changes to the engine lineup given the three-cylinder Puretech petrol and 1.5-litre diesel are the newest engines offered by the brand, but there's a chance we could see Peugeot's first mild-hybrid powertrain introduced.

Expect efficiency updates to the 296bhp PHEV variant, too, while it's possible a front-wheel drive model with 222bhp could also be offered as it is elsewhere in the PSA Group stable.

We'd expect to see the new 3008 some time in the next six months, with it going on sale as a 2021 model. The car has been on sale since 2017, so such a date would fit in with a predicted six to seven-year lifecycle.

PSA Group 'shows resiliance' with profit in first half of 2020

28 July 2020
Well that indicator/ led panel in the front bumper looks like a possibly expensive fix. Crazy place to put it imo. These Peugeot's are definitely more interesting to look at these days.

This has been a  storming

This has been a  storming success for Peugeot .This update will only increase its sales especially when looking at the utterly boring V W groups SUV,s VW oh my goodness can any car maker produce a range  of so so samy without any worthy notable design features Whoops sorry that liitle cease on the the Tiggi Winkle might just class as exciting but they may be not !.A mate has the current  3008 very comfortable and that 3 cylinder engine fitted to his is amazing. Suddenly the roaring Lion is ready to gobble the oppostion for Breakfast. Sorry Audi  BMW  and MercedesI did not mention you  you might feel left out but then again you all look the same dont you.