BACK TO ALL NEWS
Currently reading: 2021 Ford GT to gain new colours and graphics
UP NEXT
New Ferrari Purosangue SUV makes first outing in production form

Ford has announced an all-new graphics package with customisable colours for its 2021 GT supercar, previewing the updates on Twitter.

A GIF posted to the company’s Twitter account suggests that the new package will include at least three new exterior colours (dark red, blue and white), although Ford could reveal more in due course.

In addition, the new package appears to replace the current GT’s famous twin-stripe graphic with a single line, while the intakes for the mid-mounted V6 engine gain a new graphic. The side-mirror caps sport a contrasting colour option, too.

Ford said the options highlight “features that help deliver all 660 horsepower (651bhp) during the most strenuous track sessions". 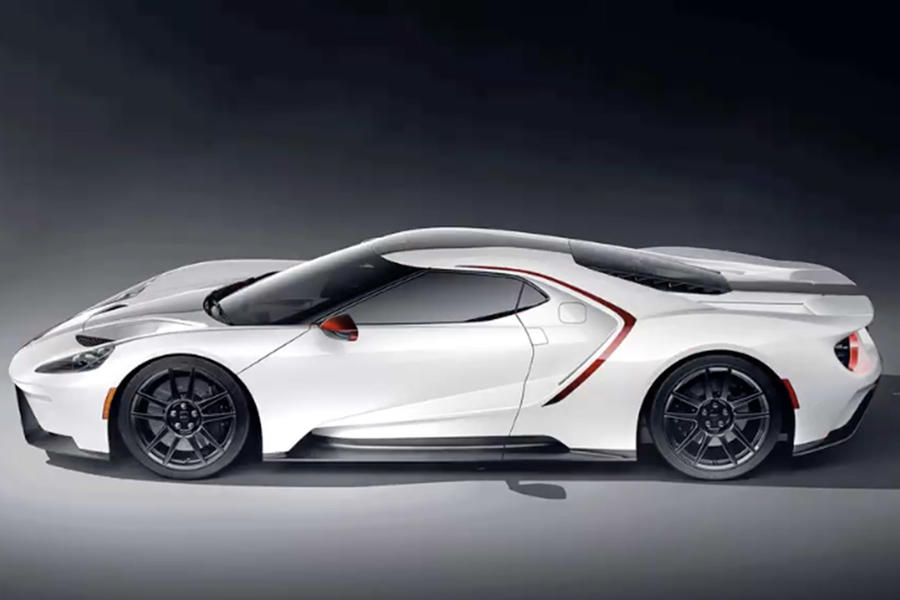 In its 2020 guise, the GT puts out 651bhp, an increase of 13bhp over the previous version, with the addition of higher-energy ignition coils, a new type of ‘gallery-cooled’ piston design helping the engine to better deal with high temperatures and a new buttress shape at the rear designed to improve airflow.

Ford said there are no plans to bring the 2020 GT to the UK as the country-specific allocation has sold out. UK production for the 2021 car is allocated and all of these models are also sold.

Looks like a Veyron, the graphic round the flailing edge of the door reminds me of it.

A beautiful car, totally ruined by a repulsive engine.