BACK TO ALL NEWS
Currently reading: New Volkswagen Polo to be revealed on 16 June
UP NEXT
Rodin FZero: V10 weapon aims to be world's fastest car

New Volkswagen Polo to be revealed on 16 June

Latest generation of plush supermini has been part-revealed in the first official picture ahead of its reveal later this week; it's more Golf-like than ever before
Open gallery
Close

The next generation Volkswagen Polo, which enters production later this month, will sport a more Golf-like look. A preview image released by VW shows the first official glimpse of the new supermini, confirming previous shots of the car undisguised.

Recent spy shots, which surfaced on the Ferd fan page, show the new car testing completely undisguised; previous shots showed some disguise around the car's lights. It shows the Polo will have more grown-up styling inspired by the Golf, as well as a wider fascia.

VW's sixth-generation Ford Fiesta rival, which is yet to be officially shown, was also recently spotted testing without disguise in South Africa. It's expected to make its first motor show appearance at the Frankfurt motor show in September, while the brand has confirmed at its annual meeting in Wolfsburg that production begins this month.

The latest Polo has been re-engineered for its 42nd year of production with a new platform, updated engines, revised suspension and a raft of technical enhancements. It is larger but lighter than its eight-year-old predecessor. VW's head of design, Klaus Bischoff, confirmed that the new model will feature new technology, but the brand remains tight-lipped on exactly what will be offered. It's likely to get the facelifted Golf's semi-autonomous systems, though.

As seen in the new images the Polo features a more dynamic-looking exterior that, VW officials suggest, will help broaden its sales appeal. Redesigned headlights, a more heavily sloping roofline and a more structured rear-end design were among the elements evident in recent sightings of a clay model of the new Polo at Volkswagen’s design base in Germany, and are apparent in these latest pictures.

The new Polo eschews the old PQ25 platform of today’s model for an all-new MQB-based structure developed for the Volkswagen Group’s so-called A0 segment models, which include the new Seat Ibiza and next-generation Skoda Fabia. Reflecting the changes to the recently unveiled new Ibiza, the upcoming Polo is notably longer and wider than before.

The bigger dimensions are allied to a longer wheelbase and wider tracks, which also mean increased interior space and a significantly larger boot than the outgoing model’s.

As today, the new Polo will be offered as both three and five-door body styles. It’s not yet clear whether VW will offer a CrossPolo variant with increased ride height and additional cladding to give it a quasi off-roader look. The CrossPolo may be ditched because of the new production version of the T-Cross Breeze SUV, which shares its platform with the new Polo and will offer the choice of either front or four-wheel drive.

The latest Polo has gained an all-new cabin. VW hopes it will trump rivals on perceived interior quality, with a soft dashboard fascia and new trim elements, as well as controls and front seats sourced from the recently facelifted Golf.

There will also be options recently introduced to larger models. These include a digital instrument display, a new generation of touchscreen infotainment systems, the latest Park Pilot automatic parking and keyless entry.

The engine line-up will be consolidated in line with costcutting initiatives instigated by VW boss Herbert Diess.

An insider told Autocar: “Today’s model has 14 different drivetrain alternatives. This will be reduced. You’ll see more modern and economical engines in the future.” 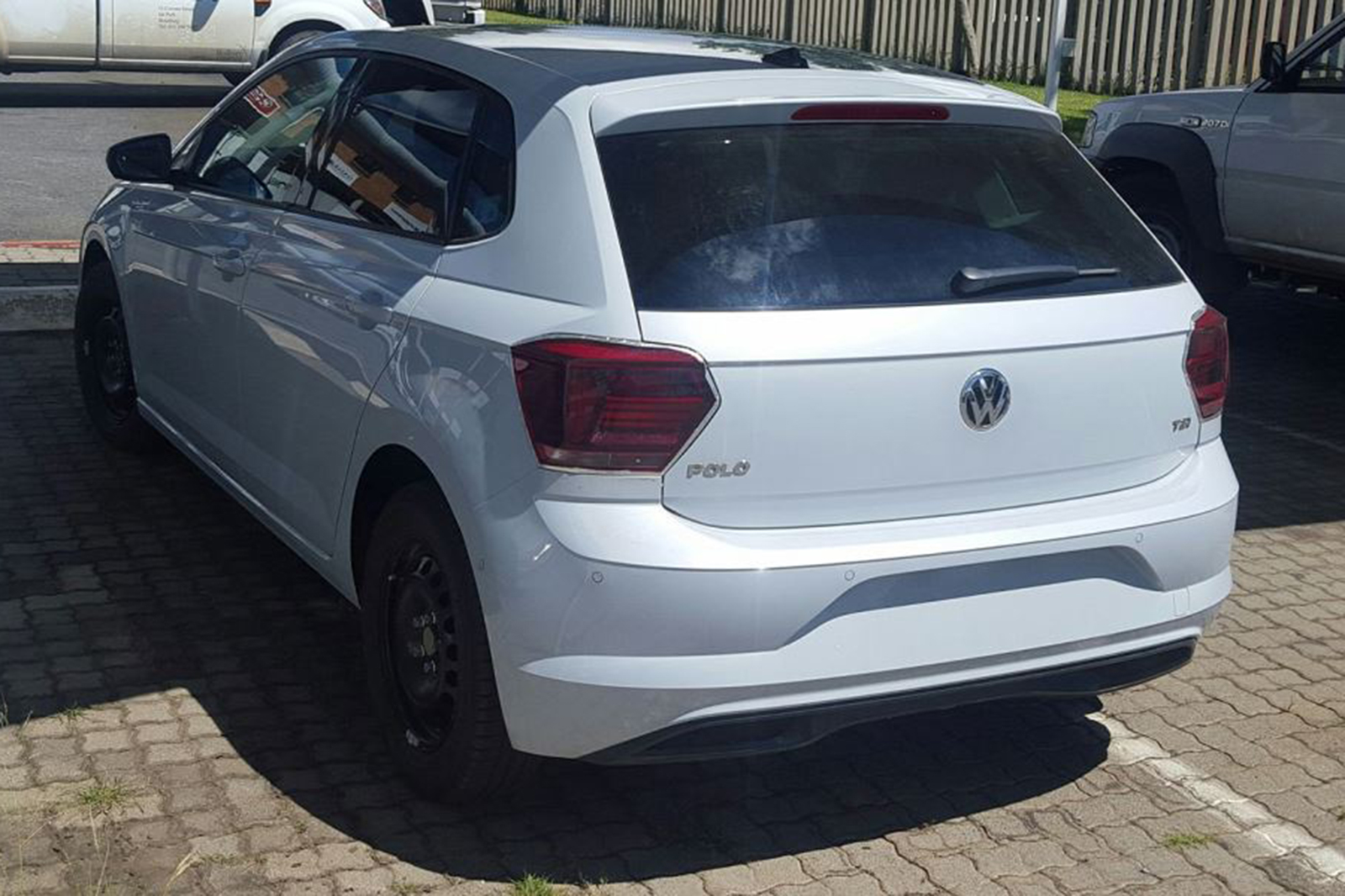 As in its larger sibling, it has cylinder shutdown technology and it is expected to be offered in 128bhp and 148bhp guises. The higher-powered version will propel the replacement for today’s Polo Blue GT.

Topping the range will be a successor to the Polo GTI. Rumours suggest it will use a turbo 2.0-litre four-cylinder petrol unit with upwards of 200bhp. Plans for an even more powerful Polo R have been cancelled.

Unlike with the larger Golf, VW has no immediate plans to provide its new supermini with a pure-electric or extendedrange petrol-electric hybrid. However, the new Polo will be sold with a short-range petrolelectric mild-hybrid drivetrain.

Also planned is a naturalgas-fuelled version of the turbo 1.0-litre three-cylinder engine, developing 95bhp in a new Polo TGI in selected markets.

Although the MQB platform supports four-wheel drive, its introduction on the Polo is not a given according to VW officials, who point to a low take-up rate on the Golf.

A normal little car at last...

Nice to read about the launch of a solid bread and butter do everything well car after endless mini SUV, crossover, Barbie and Ken car stories.
smike 25 May 2017

Looks as if it should do well with older motorists wanting mature and restrained styling, a decent quality interior, and don't mind the inexorable size increase of each successive version making it less suitable for congested British roads.

As a wrinkly, I might buy one myself, but only if the 7 speed dual clutch auto is not the one with such a very poor reputation in the last model.

Or they have finally got this sorted - does anyone have any info on this?

thees dual clutch gearboxes are fine whilst under warranty but?

I do not know if these are made by the VW Audi group but are not as reliable as the ZF autos that BMW and JLR use, three of my many friends and colleagues have had problems with them out of warranty ,and can cost £6k to fix before arguing with VW or Audi.Fine if you only keep for say four years and hope you are ok on fourth year .The problem I see is few may buy second hand unless very cheap.Many other people on the forum agree with me on this.One car was an A£ just over 30000 miles another was an A5 coupe and a Golf.
230SL 17 May 2017

Nose down, tail up this car

Nose down, tail up this car has very similar proportions to a Citroen ZX and does not look much more modern either.
View all comments (52)