BACK TO ALL NEWS
Currently reading: 2017 Range Rover Sport Coupé spotted on video
UP NEXT
Audi: No rear-wheel drive option for RS performance models

The Range Rover Sport Coupé has been spotted testing again, ahead of its expected launch next year.

The Range Rover Velar has been revealed. Click here to view it.

The next Range Rover model will break fresh ground by moving the brand into sportier and more road-biased territory with a luxury £60k model pitched at the BMW X6. It could also be the model that introduces JLR's upcoming electric drivetrain to the road.

From the latest spy images, it's clear to see where the differences are between the coupé model and its standard SUV-bodied counterpart, as the two test together. In parking next to large American pick-ups, we can also see its comparative size. With the bootlid open, the model's smaller bootspace is also plain to see.

Three years ago, when Autocar revealed Land Rover’s ‘three-pillar’ brand strategy — Defender, Discovery and Range Rover — the Sport Coupé was referred to as ‘Evoque XL’ and positioned between the Evoque and Range Rover Sport.

The Sport Coupé will sit on the same aluminium architecture as the Jaguar F-Pace. 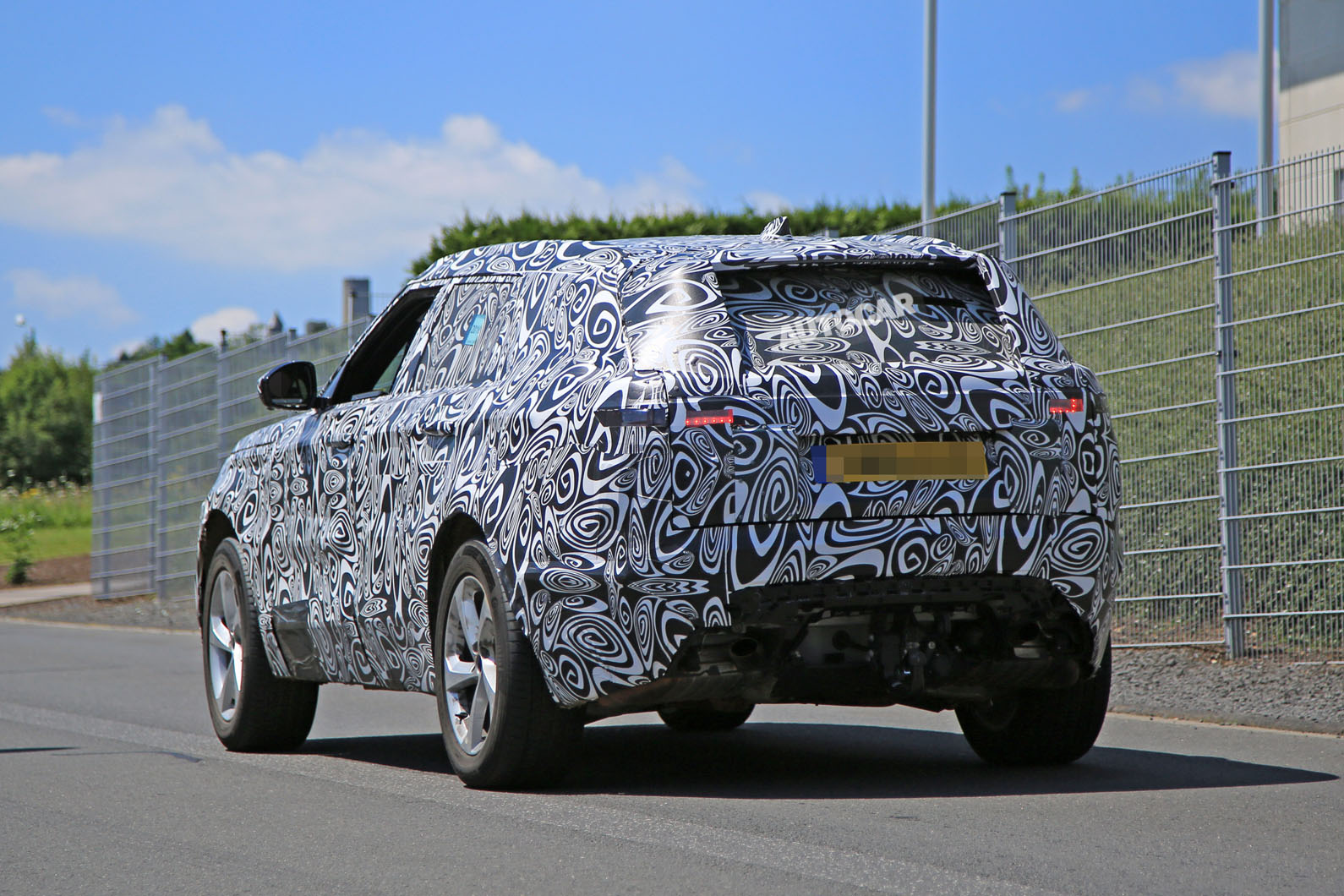 Powertrains for the Sport Coupé will be taken from the extensive JLR range of six and eight-cylinder diesel and petrol engines, but it is not yet clear if the new Range Rover will feature the four-cylinder engines that are available in the Jaguar F-Pace.

It could also feature the all-electric powertrain that JLR is developing for its I-Pace EV, which should be seen next year and will help JLR hit a new Californian target of 15% fleet mix of battery electric vehicles between 2018 and 2025.

However, because many buyers will live in mega-cities in Europe, the United States and Asia, Range Rover is expected to offer a hybrid powertrain, possibly based on the 340bhp 3.0 SDV6 HEV in the Range Rover Sport.

If Range Rover chooses to fit its most powerful 542bhp 5.0-litre V8 supercharged engine, the new model will offer outstanding performance, partly because its lightweight alloy body could weigh as little as 1800kg — a 400kg advantage over the X6 and GLE Coupé.

That engine is thought to be earmarked for an F-Pace SVR model and for the range-topping model of the Sport Coupé range, which could command a price of around £90,000.

Another crucial decision to be made is the name of the new car. In many ways, the new Range Rover would be more deserving of the ‘Sport’ name than the current seven-seater model that wears the badge. Range Rover won’t discuss this key detail, except to confirm that the existing Sport will keep its name. 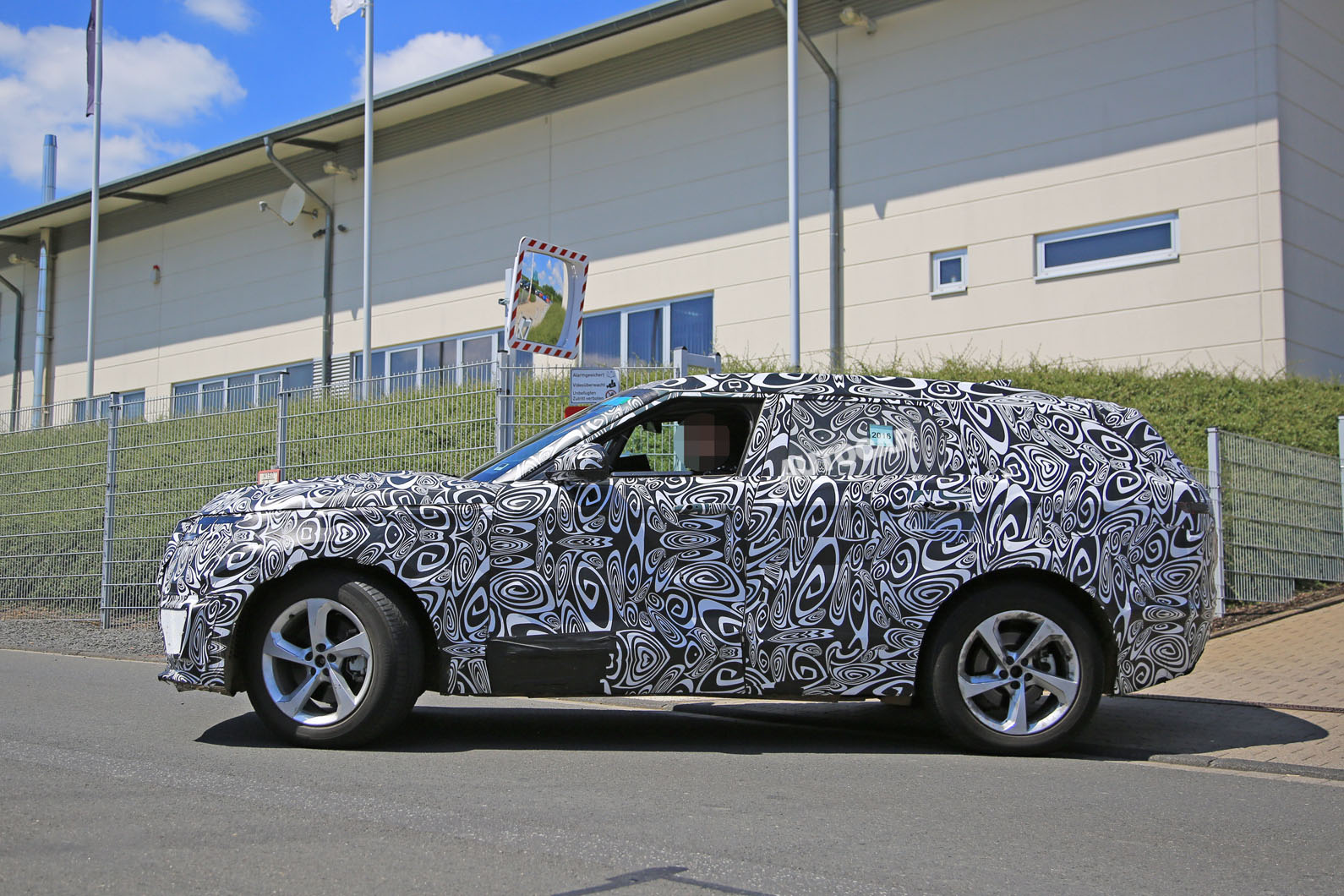 Many details of the new Sport Coupé remain secret in the build-up to its launch, which is expected next year.

However, before these spy shots were released, Autocar pieced together a picture of the new model (shown below). The Sport Coupé is said to 'set new standards for a Range Rover’s styling, interior and road-focused handling'. This handling will come from the F-Pace’s suspension and lightweight aluminium body. Land Rover design chief Gerry McGovern and Range Rover design boss Phil Simmons were understood to be developing a new look for the Sport Coupé by exploiting the sporty, long-bonnet proportions of the F-Pace.

At around 4.7m long, the new Range Rover will be a little smaller than the 4.9m-long X6 and the Mercedes-Benz GLE Coupé.

The interior, which is yet to be captured by our spy photographers, is expected to be more intimate than those of current Range Rovers and, in an echo of the layout of the X6 and GLE, is being designed around a luxurious four-seat layout. A 2+1 rear seat with fifth seatbelt will be on the options list.

Autocar has been told by insiders that the F-Pace’s alloy architecture is not capable of stretching to a three-row, 5+2 seating arrangement — the configuration previously attributed to the ‘Evoque XL’. 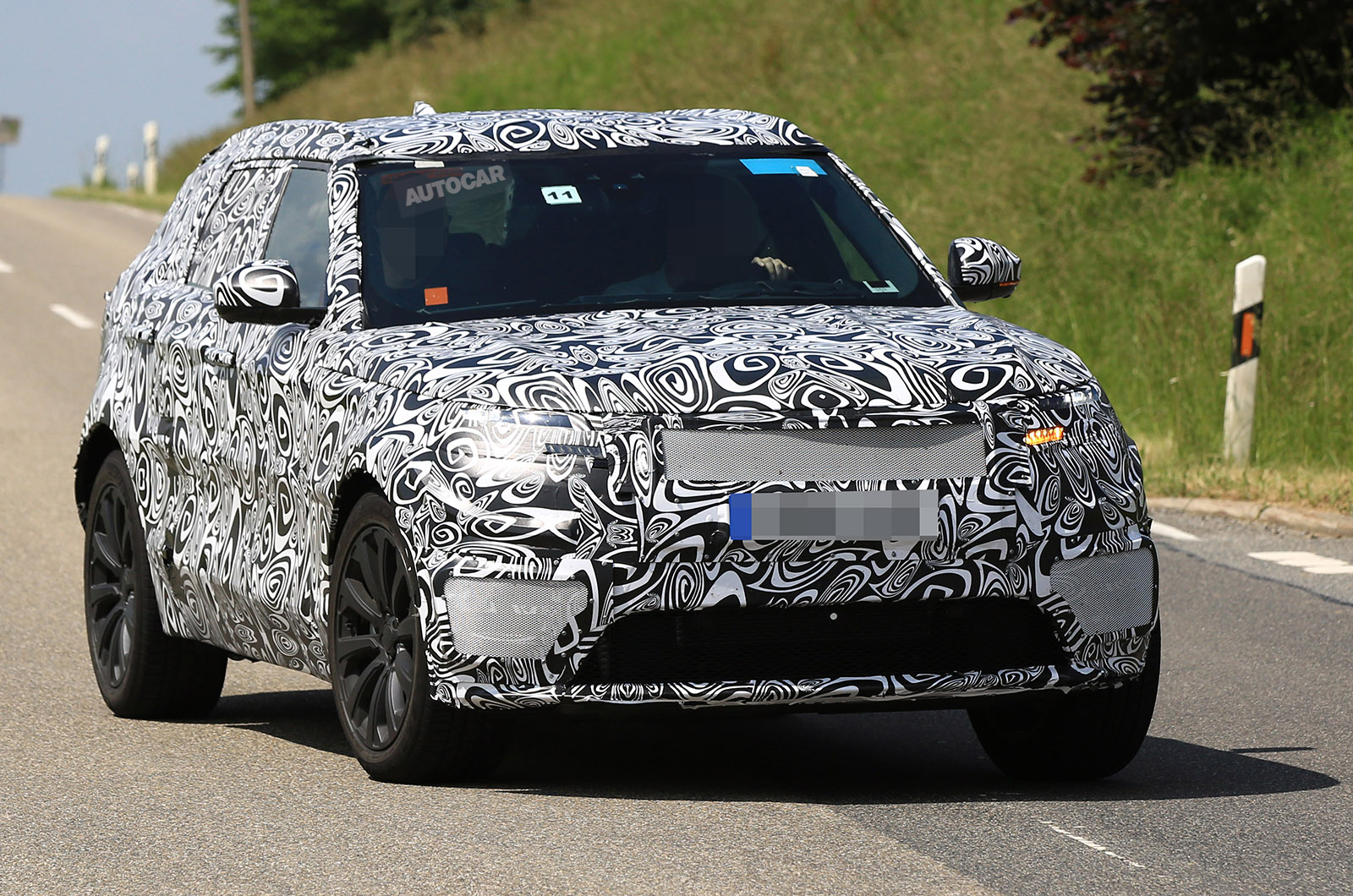 The cabin will be more like a ‘cockpit’ than any previous Range Rover and feature a dramatic sloping roofline with a tight rear overhang.

The rear doors will be reduced to minimal openings in the search for the most elegant styling possible, while the luxury-quality interior is understood to introduce new materials and finishes.

The target market will include an ‘urban cool’ group of buyers, and the colour palette will therefore be chosen with them in mind.

25 March 2016
Oh dear it sounds horrendous. A Range Rover that can't hack it off road, cramped but butch, with a diesel hybrid and a big price tag? I hope they know what they are doing, because it could kill Land Rover's hard won reputation for authenticity like that.

"Before these spy shots were released"

Oh dear it sounds horrendous. A Range Rover that can't hack it off road, cramped but butch, with a diesel hybrid and a big price tag? I hope they know what they are doing, because it could kill Land Rover's hard won reputation for authenticity like that.

This has got to be the replacement for the Evoque. Plus that name sounds stupid

A stupid car for stupid

25 March 2016
A stupid car for stupid people with more money than sense, I'm sure they will sell well to footballer's wives.

25 March 2016
It's extraordinary how so many stupid, senseless people all over the world are able to be so much wealthier than you.

its lightweight alloy body could weigh as little as 1800kg

made me chuckle, since when has 1800kg been considered lightweight, thats nearly 2 tones for a vehicle that has been developed for road and not heavy cross country use. I also believe if they are wanting to sell it for the usual long lifespan of JLR products, it will need a petrol not diesel hybrid option.

Xf not built at Solihul

25 March 2016
The XF is made at Castle Bromwich plant the new Solihul plant is for XE,F pace and new Range Rover Gt

I have no issue with JLR building a SUV coupe,...

25 March 2016
...but IMHO the four door SUV/CUV Coupes should go to Jaguar and not Land Rover (especially those with no off road ability)! While I think think that four door coupes are great, what I do think is crazy is that those how purchase them will gladly pay more money, for less capacity, for the same vehicle, in the same showroom. While automakers may say it has a different style to it, no matter how they describe them, its just a different take on brand engineering. Here in the States the Big Three were maligned on their brand engineering (having several vehicles on the same architecture/platform, but with a few different tweaks to their styling and then selling them at different price points [and in some cases competing against themselves]). It just seems to me that if JLR wants to produce road biased SUV/CUV's, coupes or not, they should be under the Jaguar name and not Land Rover. Like the German Big Three, they could use the same running gear, but the Jag versions won't need the all terrain equipment. Being coupes and road biased, Jag's SUV/CUV's would then not directly compete with their Land Rover counterparts in the dealership across the street!

I didn't see in the article

25 March 2016
I didn't see in the article that it will have no or less off road ability. Usual uniformed unenlightened ignorant drivel from a few in here.

Dear me. You didn't even have

25 March 2016
Dear me. You didn't even have to read the article, it says 'first ever road-biased model' in the sub. Keep your drivel to yourself, WC.